0
SHARES
0
VIEWS
Share on FacebookShare on Twitter
It is never good to hear about a military academy shutting down. This country needs schools that put an emphasis on patriotism. However, the Carson Long Military Academy in Pennsylvania closing its doors could be good for gun collectors. The school is auctioning its armory. 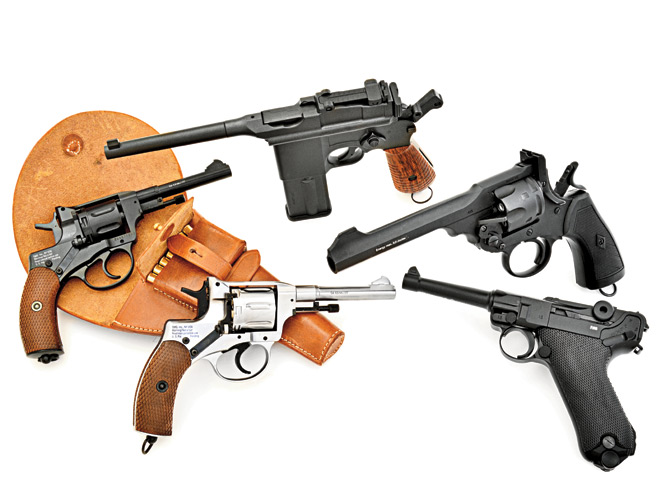 Because of a decrease in enrollment, the Pennsylvania academy announced it was closing for the 2018-2019 school year. Carson Long tried to partner with Valley Forge Military Academy, but negotiations fell through. Alumni also tried to same the school with a Go Fund Me page, but failed to raise sufficient funds. As such, the school is working to close its accounts, including 182 years of historic memorabilia. This includes around 400 pieces from its armory.

The school has contracted with Cordier Auctions to sell some interesting and historic pieces, including numerous firearms. The auction begins December 7 and runs through December 8, 2018. In addition to firearms, the auction contains ammunition, swords, uniforms, scopes, camping equipment and much more. Additionally, collectors do not have to be present, as the auction will be online.

While the Carson Long Military Academy auction contains a wide variety of items, there are several that might pique the interest of collectors. This could be of particular interest to gun collectors, especially those desiring hard to find firearms. Even better, this auction contains more than just guns from the military academy.

A few that collectors should really take a look at are four Pennsylvania Long rifles. Also, Cordier is auctioning off a M1903 Springfield Parade Nickel, along with six M1903 Remington rifles and 13 M1903 Smith Coronas. The school even had two Smith & Wesson M&P 15/22s with scopes in its arsenal. Even better, the school is selling a Manhattan Arms double-barrel shotgun featuring Damascus barrels, as well as a Springfield Model 1884 Trapdoor. Now the listing says it is modified, but it still goes well with Italian Sharps listed as well.

Sure, it is sad that this institution is closing, but it is a great opportunity for collectors. There is no telling when firearms of this magnitude will be sold again, especially in one location.

How to Sell Guns and Find Buyers for Private Gun Sales