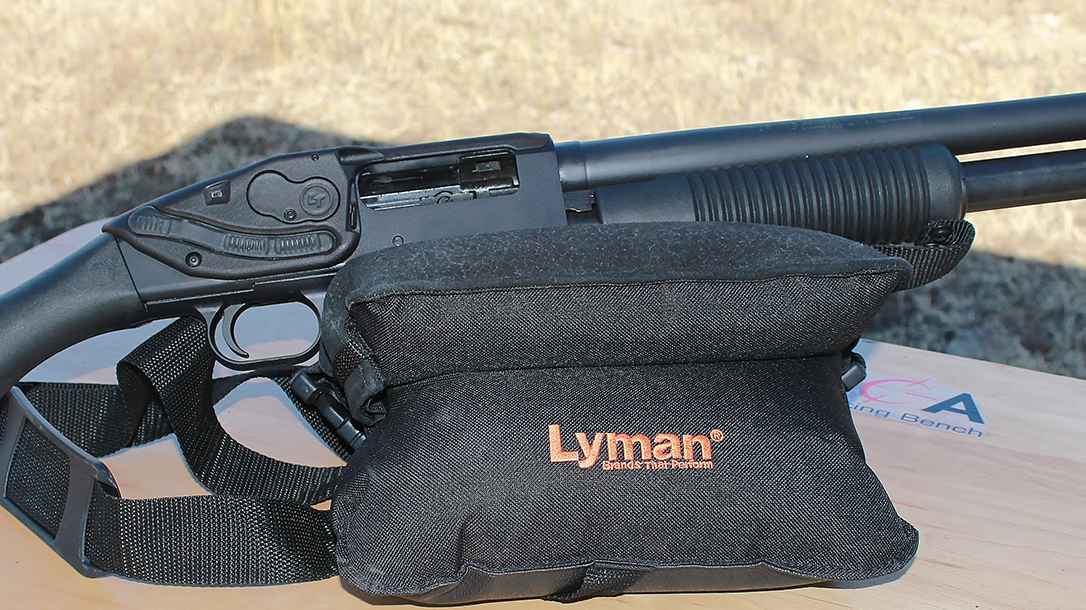 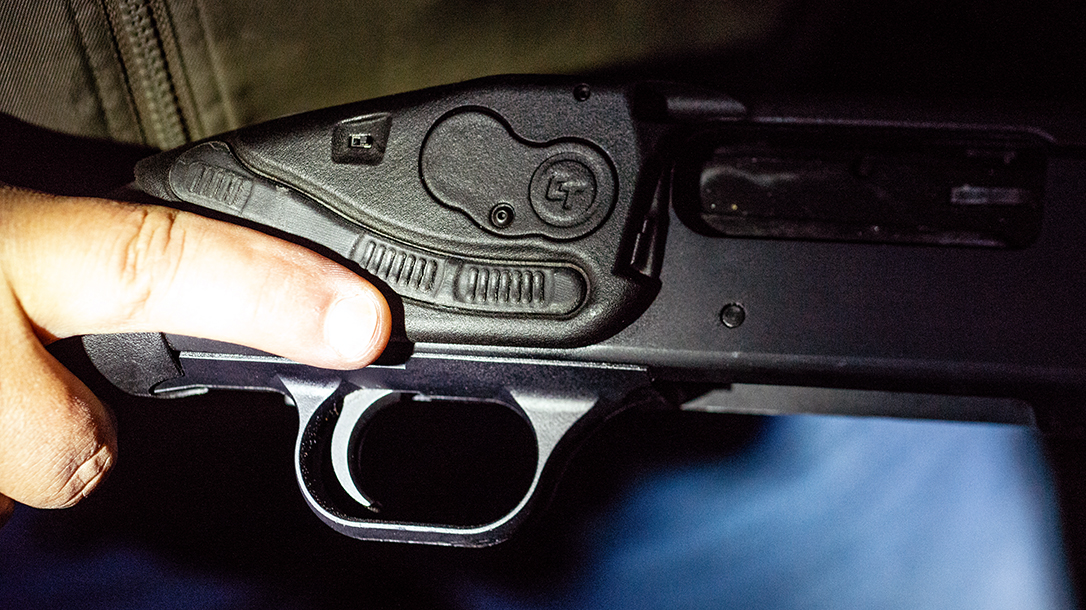 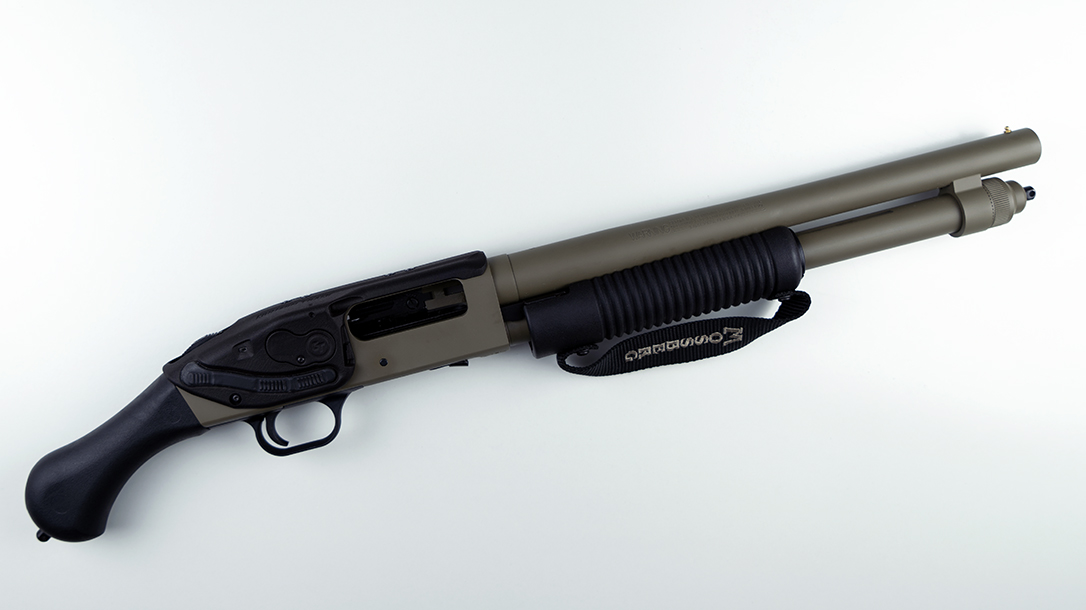 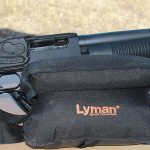 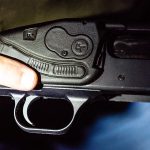 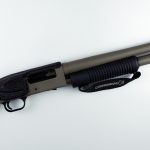 With Christmas around the corner, Crimson Trace will soon be releasing a new laser sighting solution for Mossberg’s popular 500, 590 and Shockwave shotguns in both red and green. Aptly named the Crimson Trace Lasersaddle, these sights fit closely over the top of the receiver. 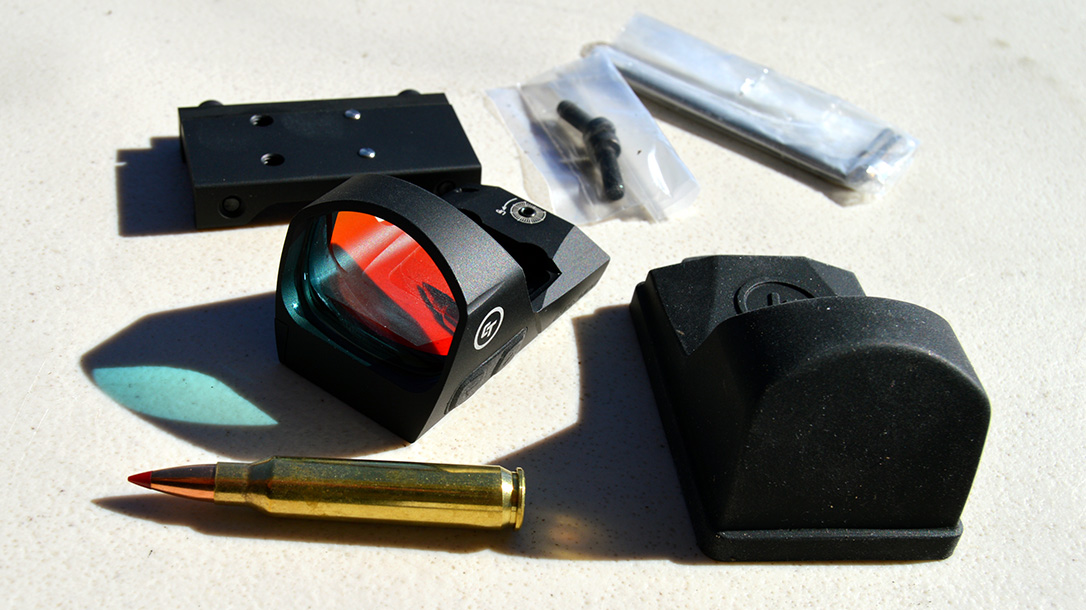 Installation is a simply do-it-yourself job. The sights secure at the sides using existing pin holes and along the top with the existing screw holes used to mount a Picatinny rail. In fact, users can install the rail on top of the saddle without adding much to its overall height.

The Lasersaddle is snag free and very slim, barely altering the gun’s lines. Additionally, The lens projects the laser from the right side of the unit just behind the ejection port. As such, the beam is approximately level with the top of the barrel. This puts the beam along the eye’s natural sight path.

Users can also easily adjust for windage and elevation to match the shotgun pattern’s point of impact. The body of the sight is made of a tough black polymer.

The master on/off switch is a tiny sliding rectangular type mounted on the right side above the trigger toward the top of the receiver. In fact, Crimson Trace set the switch in a depression to protect it from accidentally getting switched off if the receiver is brushed up against something. This also helps in locating the switch quickly by feel.

The laser beam’s controls are ambidextrous and press on and off. For the right handed, there’s a raised rubber strip with three contact points curving down the right side of the receiver from the just below the rear of the safety. It’s located by the wrist of the stock, just above the front of the triggerguard. For left handers, there’s a thumb-operated activation pad on the top of the saddle above the safety.

Users can access the battery case from the right side of the unit, which is secured with a Philips head screw. Two common and inexpensive CR2032 coin batteries power the red LS-250 for about four hours of continuous use. The LS-250G green laser draws more power and requires four CR2016 batteries to also provide approximately four hours of use.

Both qualify for Crimson Trace’s free batteries for life program and are covered by a three-year warranty. 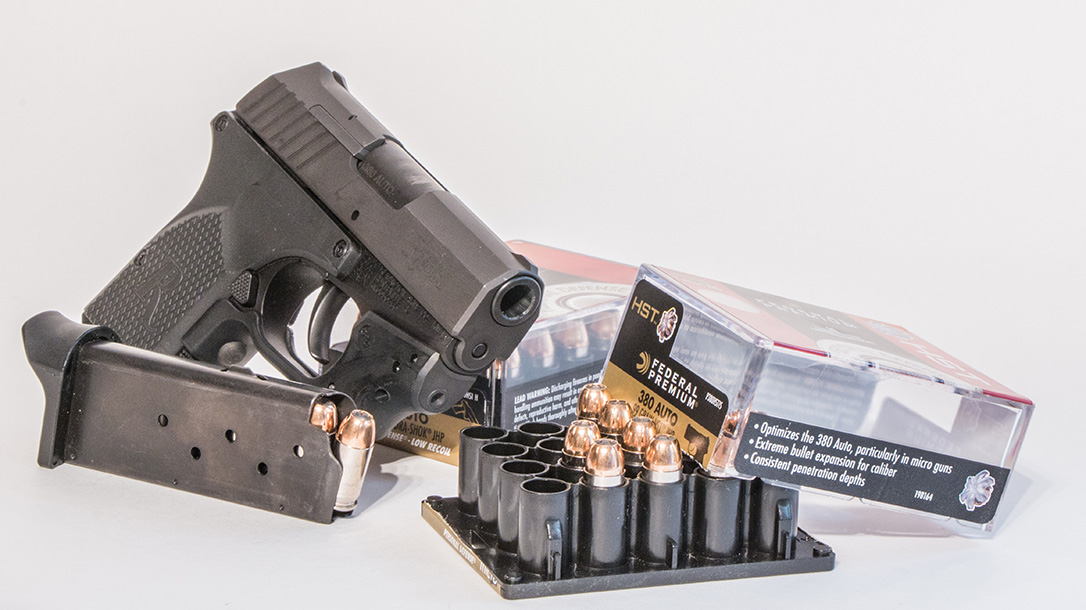 While great at night, red lasers can get lost easily in bright sun, even in normal light at ranges beyond a few yards. The green laser is slightly more expensive, but has much better daylight visibility. This has nothing to do with the power of the laser. Both the LS-250 and the LS-250G have a dot that is 0.5 inches in diameter at 50 feet. Both also use a 5mW laser. Because of this, they are both considered Class 3R lasers and emit identical peak power output levels, the maximum allowed under federal regulation.

The green laser operates from 551nm to 532nm, while the red laser operates between 620nm and 670nm. The green is easier to see because the human eye is more receptive to green than red. You might keep that in mind if you ever accidentally run a red light and get pulled over by the law.

A laser sight is especially well adapted to defensive/tactical shotgun shooting, ideally co-mounted with a tactical light for night use. The laser allows shooters to maintain total focus on the target area. In the case of pistol gripped shotguns or firearms lacking a buttstock, such as the Mossberg 590 Shockwave, a laser is the only practical way to aim and shoot.

With the Crimson Trace Lasersaddle, shooters can aim and fire these handy weapons with great accuracy and speed from the hip. However, without them, hip shooting beyond point blank range is not likely to produce many hits on target. I tested this out myself.

While the laser is an enhancement on a normal full stocked shotgun, it’s absolutely critical on the Shockwave for the latter to be a versatile and effective defensive tool. 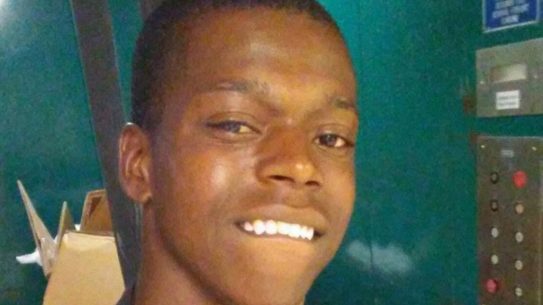 As an armed father was leaving a McDonald's with his sons, he had to... 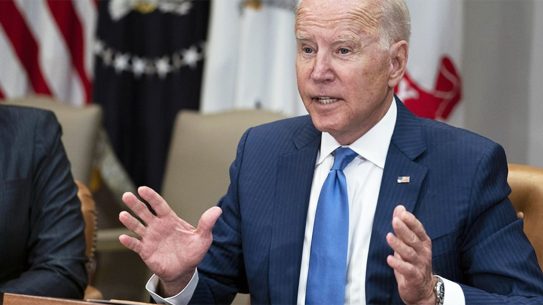