Prevent Legal Ramifications: Dial 911, Even if No Shots Are Fired

1
SHARES
0
VIEWS
Share on FacebookShare on Twitter
The whole point of carrying a concealed handgun is for self-defense. Of course, it’s best to avoid potential attacks, but that is not always possible. Now most know that if you fire in self-defense, you had better immediately call the police. However, did you realize that you should dial 911 to prevent legal ramifications, even if no shots are fired? 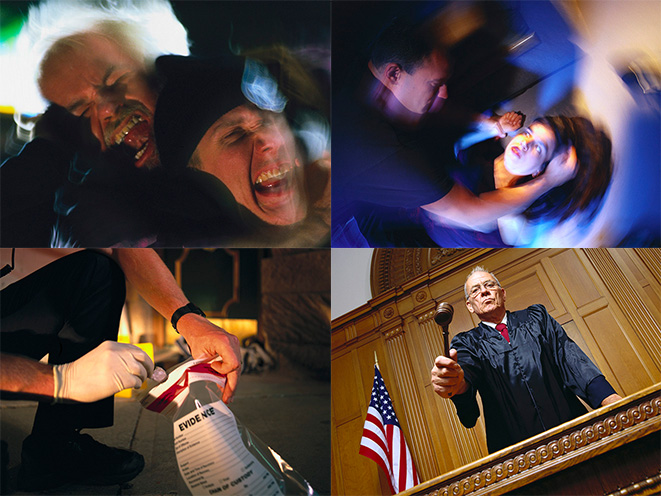 Think of it like this. You are walking down the street and a guy walks up and pulls a knife, trying to rob you. Training kicks in, and you drop back to create distance, sweep your jacket and pull your concealed-carry handgun. The attacker immediately takes off running away. You are safe, and you didn’t even have to pull the trigger. So, you reholster, calm yourself down and head about your business. No shots equal no reason to dial 911, right?

Just a few minutes later, police roll in and surround you, guns drawn. They put you on the ground, slap on handcuffs and find your handgun. They then tell you they received a report of a man, fitting your description, waving a gun on the street. In fact, the witness claimed that the person pointed the gun at a man who ran away. Now, depending on the state and locality, this could end in many ways, including some with legal ramifications.

You could show them your permit, explain what actually happened and be released shortly. However, you could also end up being charged with various crimes, from brandishing up to assault. Especially if the state takes a hard stand and finds a guy willing to testify that you pulled a gun on him for no reason.

Now the above scenario is rare, but it can happen. Witnesses can misunderstand the situation or be completely unreliable. From across the street, all one might see is two guys walking toward each other when one pulls a gun. One of the guys run away, while the other puts the gun away and continues down the street. To the non-gun owning public, that could strike a flare. Additionally, witnesses could even lie. Criminals understand the system. It might seem crazy, but the attacker could have a friend call police and report the crime from his side. Sure, this isn’t likely, but it is possible.

That’s why you should call police after any situation, regardless of how trivial. After thinking defensively on the street, be sure to give the same attention to your potential legal defense. This is especially true if you have to pull the trigger or are holding a suspect. In both of those cases, either you or someone you trust need to be the one on the phone to police. Doing this prevents misunderstandings, legal ramifications and possibly deadly mistakes.

In most cases, police are doing the best they can under tough circumstances. Additionally, legal gun owners typically understand this and support law enforcement. However, that doesn’t mean there aren’t bad officers out there or that mistakes don’t happen.

According to WGN9, around 4 a.m. on Sunday, some men, after being thrown out, walked back into Manny’s Blue Room Bar and started shooting. Security returned fire, and one of the guards — Jemel Roberson — was able to capture one of the suspects outside the bar. Roberson was holding him at gunpoint when police arrived, misread the situation and fired on Roberson. Roberson died from his injuries.

Now all of the reports claim that Roberson was an upstanding citizen with a FIOA card but not a carry permit. This means he could own a gun, but wasn’t supposed to carry it on his person. While there are issues on both sides in this case, Roberson would probably still be alive if he or one of the other security guards had been on the phone with police.

Officers rolled up and saw a man with a gun aimed at another. They hadn’t been told that security had handled the situation and was waiting for them. That is what someone, preferably Roberson, should have told the 911 operator. And it is the most important reason why you should be the one who dials 911 in any situation. You want police to know your side before they arrive. Then, you comply to their commands and let them do their job.