Tips to Keep Your Handgun Magazines in Fighting Shape

Proper magazine management will ensure that you have a working magazine where you need it and when you need it. It encompasses how you test, label, carry and utilize your handgun magazines. 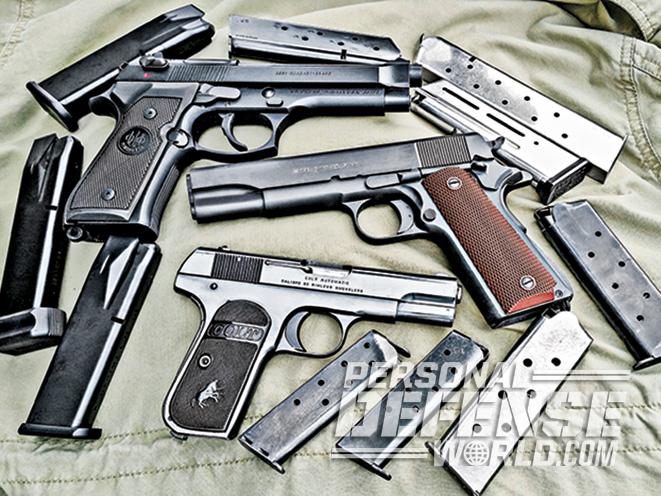 Most instructors state that spare handgun magazines should be oriented in the carrier with the bullets facing forward. That was my unbroken mantra as well until I met a shooter who carried spare magazines with the bullets facing backward. He was able to consistently reload very quickly. Now I believe bullets can face whatever direction that you prefer. However, regardless of which direction they face, spare handgun magazines must always be carried in the same direction. When your life depends on a fast reload, you don’t want to have to slow down to look at your magazine to figure out which way it is facing.

The same goes for dual magazine carriers. Some manufacturers actually make dual carriers designed so the magazines face in opposite directions. Don’t use these. Use only dual carriers that face both magazines in the same direction or carry two single-pouch carriers.

Handgun Magazines During The Fight

During practice, as you would during a gunfight, when the gun runs dry, the empty magazine should be dropped to the ground. Then insert a fresh one. If a reload is needed in a fight, the most important thing is to get your gun recharged and ready for use as soon as possible. Don’t take time to store empty magazines on your body, as that takes precious time. Empty magazines have no value to you whatsoever in a gunfight.

If, after the fight ends, you decide to recharge your gun that has a partially loaded magazine, the partial magazine, unlike an empty one, does have value. Some shooters like to store partial magazines on their body to keep them within reach if needed. While that does makes sense, the time spent trying to get the partial magazine into your pocket or carrier increases time that your gun has a loaded chamber but no magazine. If the fight erupts again during this transition, you could get caught short-handed on ammunition.

The best practice is to drop the partial magazine to the ground and reload your gun as fast as possible. Afterwards, if it is safe to do so, bend down and pick up your partial magazine and store it in a pocket. This approach should be used on the practice range as well, as you will fight the way you train.

Partial magazines should not go back into your magazine carrier. They should go in a pocket so that you know that all of the magazines in your carrier are always full. Likewise, when you pick up your empties, don’t put them in your carrier.

The weakest point of all semi-automatic firearms is the magazine. It is important to understand that magazines are disposable. When they stop working perfectly, they should never be used for defense. But don’t just throw them away. They still have great value on the range. Defective magazines offer a great opportunity to train and practice clearing jams and reloading.

Since the proper way to reload is to drop empty and partial magazines on the ground, these magazines will get damaged. Dents in the body, bent feed lips and broken baseplates are common. Because of this damage, it is vital to have a set of magazines for carry that are separate from the ones used for practice.

Your carry magazines should be tested to be sure that they work. You should also shoot them every few months to confirm that they still function perfectly. Carry magazines must be pristine and need to be treated with utmost care, never dropped on the ground. Your life depends on them functioning flawlessly when you need them. It’s good practice to exchange the springs every year or so to ensure that they are always good and strong. As your carry magazines age and wear, turn them into practice magazines and buy new ones.

With gun control legislation and so-called “assault weapon” bans a never-ending threat, I suggest buying numerous spare magazines so you don’t get caught short when the supply gets expensive or dries up completely. There is no point in having a gun for which you can’t buy magazines.

Since magazine failures are a fact of life, it is important to keep track of which magazines have problems. Use a silver leafing pen, a label maker or a self-adhesive sticker to mark the basepads. My carry magazines are labeled C1, C2, C3, etc., and my practice magazines are P1, P2, P3, etc. When I have a failure, I check which magazine it is and keep a mental note. A single magazine failure could be a fluke or an ammunition problem, but if I get more than one failure on the same carry magazine, it is immediately relegated to practice range use only and replaced with a new one.

New magazines, like new guns, should be tested before you rely on them for defensive purposes. I have had new magazines with followers jam and new loaded magazines with loose rounds rattling around inside. Test them fully loaded a few times and also check them several times with just one round loaded, as that is the point where the spring places the least upward pressure on the follower. Make sure that they feed properly and that the slide locks back when empty. It’s OK to test your gun and magazines’ functioning with range ammo, but it is imperative to also test them with the same ammunition you carry in your gun. It is vital to ensure that your carry ammo works in both your gun and your magazines. Never underestimate the power of Murphy’s law. 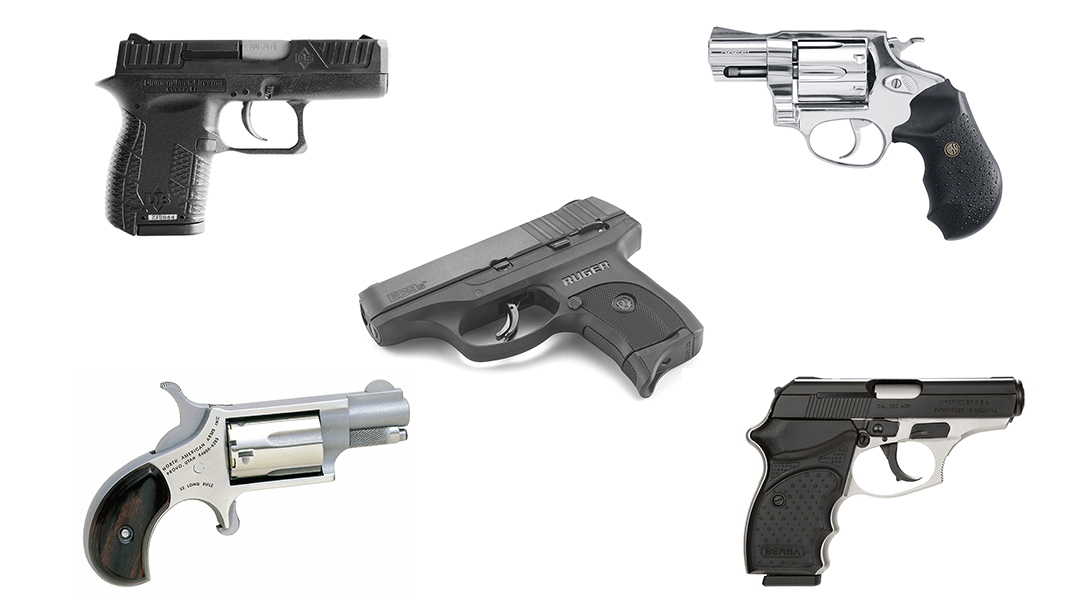 10 Affordable Handguns to Get the Most Bang for Your Buck

When a gun locks back on an empty magazine, most shooters I see drop the magazine, then reach for their spare. I recommend doing so in the opposite order.

I teach that the spare magazine should be obtained before ejecting a magazine from the gun. It is not actually important when changing an empty magazine, but it is vital when changing out a partial magazine. Since you will do on the street what you train to do on the range, all reloads, from empty or partial magazines, should be done the same way.

The fresh magazine should be obtained before dropping a partial magazine because there is a possibility that the spare magazine may not actually be there when you need it. In the “fog of war,” you may have forgotten that you already reloaded, the spare may have fallen out in the preceding scuffle, or you many have actually forgotten to put the spare in your carrier. Yup, I have done that.

Partial magazines should not be ejected until you are sure that a spare is available. Train the same way with empty magazines so you execute the same action the same way all the time, without needing to think about choosing which method to use.

Some of the points that I brought up may seem insignificant. However, the reality is that in a gunfight you want to have all the advantages, no matter how small, on your side.