0
SHARES
0
VIEWS
Share on FacebookShare on Twitter
Last Thursday, an Indiana man was sitting in his car near a strip mall near 42nd and Franklin in Lawrence. He wasn’t paying much attention to his surroundings, so he was caught unaware when an alleged robber jumped in with a gun and demanded money. 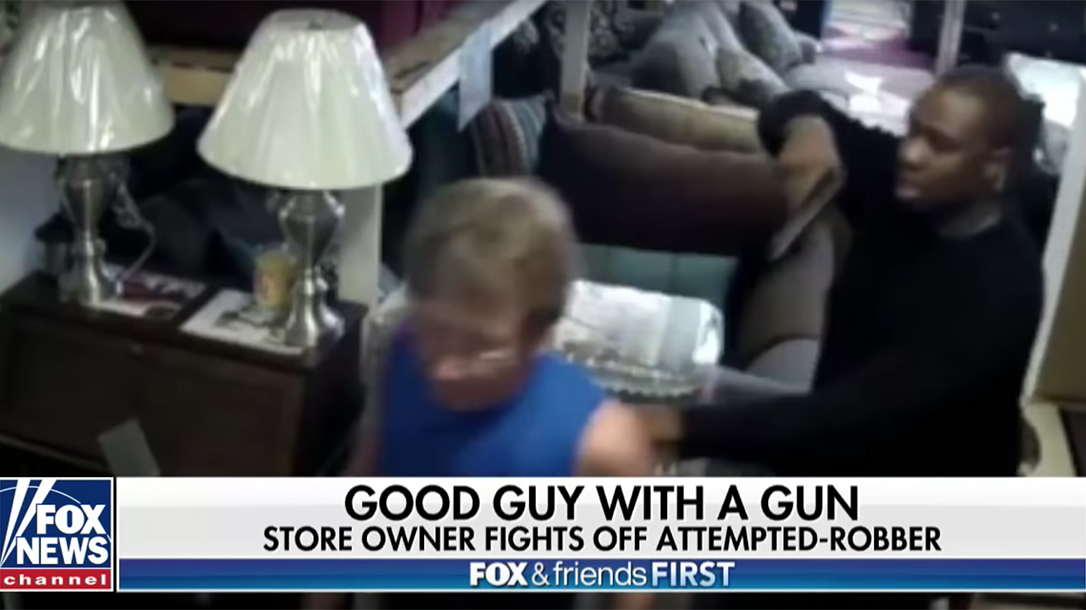 According to the Indy Star, the unidentified Indiana man told the robber he didn’t have any money. Then, the driver hit the gas and drove toward an armed truck. This, supposedly, distracted the robber long enough for the would-be victim to grab for the gun. The pair fought over the gun until the car hit a fence. At that point, both jumped out and the driver pulled his own handgun, exchanging shots with the robber. The driver was struck in the arm. However, he was still able to put several rounds into the alleged robber.

Fortunately for the driver, nearby Lawrence police officers heard the shots and responded quickly. Police apprehended the suspect and took him to Eskenazi Hospital in serious condition. The driver was also taken to the hospital with non-life threatening injuries. He is expected to recover.

Lack of situational awareness is a major problem. Too many folks don’t pay attention to what is happening around them. This allows bad people to gain the upper hand. This also causes many other problems that have nothing to do with self defense.

Too many people constantly stare at their phones. They do this while walking, driving and especially when sitting out in public. In fact, this has become such a problem that many states have banned using phones while driving. Two cities — Honolulu and Montclair, Calif. — have even banned texting while walking. This might be going a bit far, but it truly shows the problems of paying too much attention to mobile devices.

Now there is no evidence that this Indiana man was on his phone. However, it is safe to assume that he probably was. Since he was carrying a gun, it is also safe to assume that he is interested in self defense. However, he needs to go back and look at his defensive mindset. Had he been paying attention, he might could have gotten away without taking a round. He fought back and won because luck was on his side.