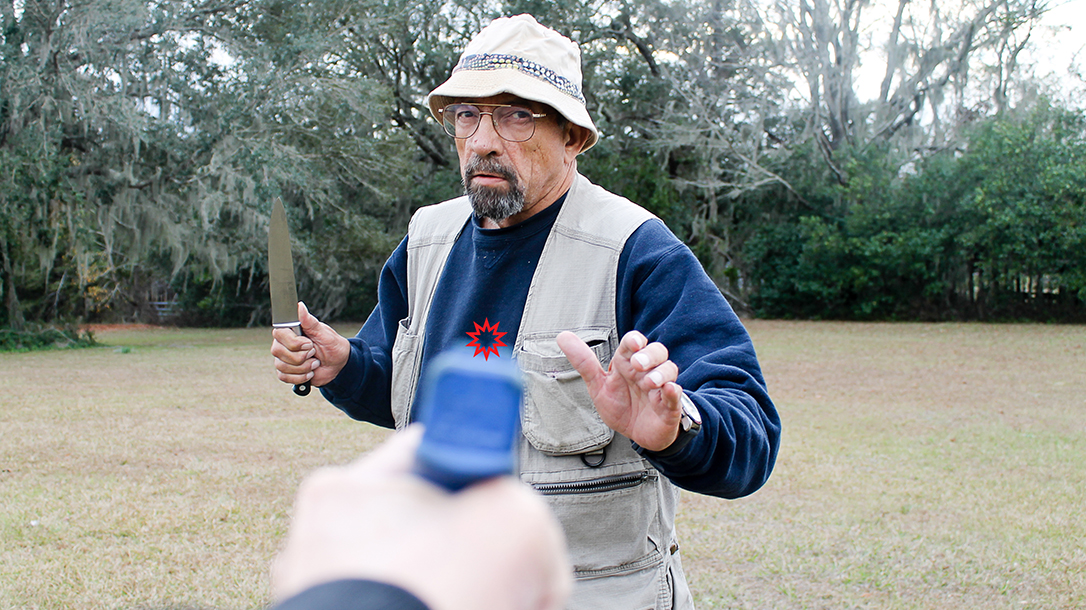 1 of 3
Photo by Massad Ayoob
Attacker
If someone is coming at you with a knife, you have every right to defend yourself. 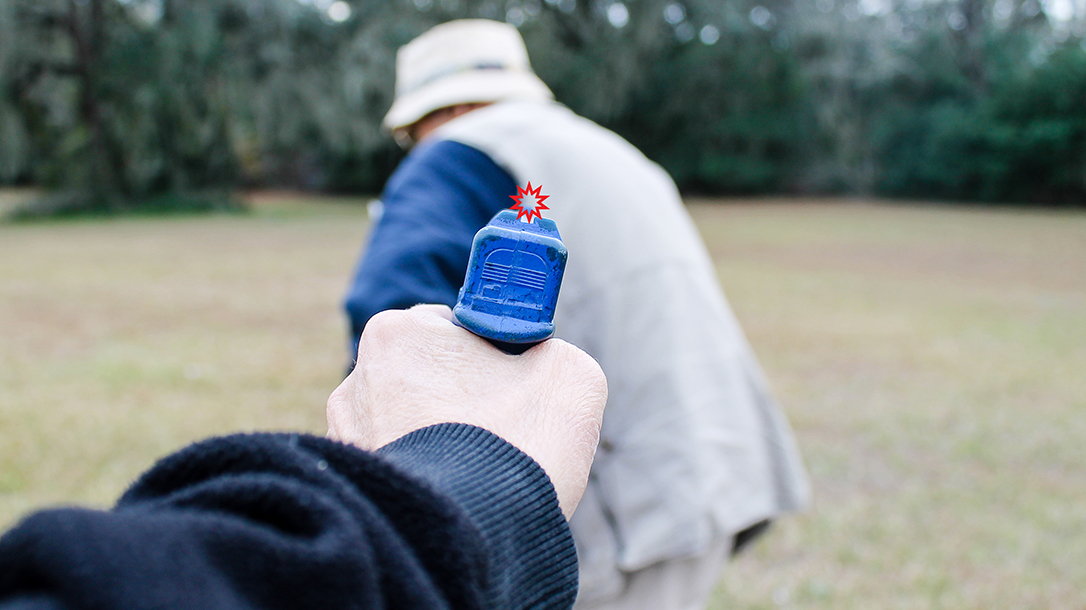 2 of 3
Photo by Massad Ayoob
Attacker Turn
However, just because the attacker isn’t facing in your direction doesn’t automatically mean you can’t pull the trigger. 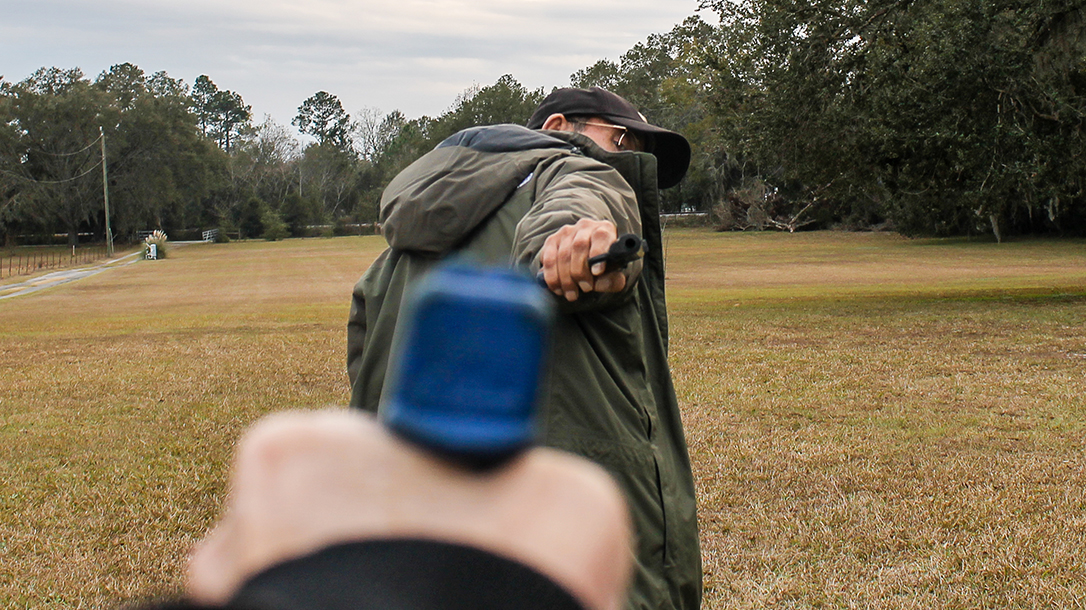 3 of 3
Photo by Massad Ayoob
Running & Fighting
Attackers can always be turning for an advantage or even running for better cover. Every situation must be consider individually. 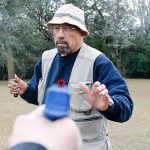 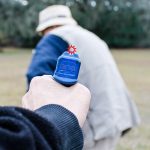 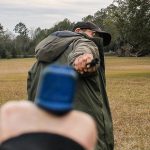 It is a prevalent myth that anyone shot in the back must obviously be the victim of a cowardly murderer. There are even some prosecutors who seem to take that as a given. In real life, however — and in real courts — the totality of the circumstances have to be taken into consideration. Consider the following. 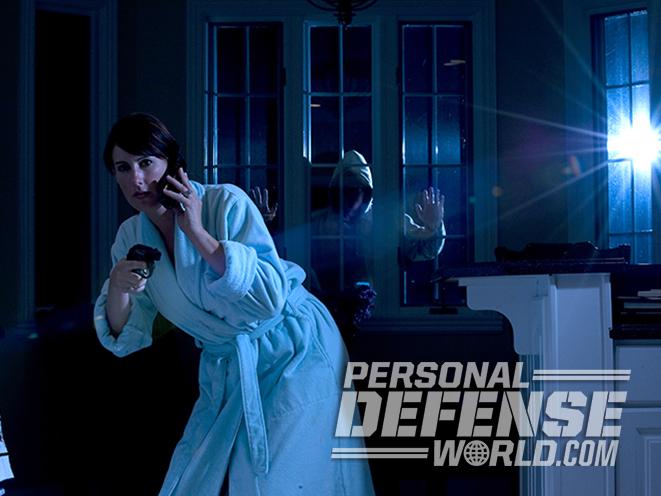 Intentional Shot in the Back

Consider Case One, which took place in Brunswick, Ga. A local businessman named Monroe Phillips was standing inside a drugstore when a man came up behind him and shot him in the lower back with a shotgun. Phillips, kidneys shredded, collapsed and lived only long enough to utter a few last words.

Clear-cut murder? Not exactly. Eustace Butts, the man who triggered the fatal shotgun blast, was hailed as a hero. Phillips, you see, had just perpetrated the infamous Brunswick Massacre. At the moment Butts shot him, Phillips had already killed five people, mortally wounded two more and injured 30 by firing a double-barreled, 10-gauge shotgun. The year was 1915. Armed citizens stopping murder rampages with their own rescuing gunfire is certainly not a new thing. A mad-dog killer who shows no signs of stopping unless he is shot down is a legitimate target from any angle.

Case Two took place in Ukiah, Calif. Sergeant Marcus Young — along with the young police cadet riding with him — was making the “routine” arrest of a teenage female shoplifter when her 35-year-old boyfriend, Neal Beckman, attacked with a gun and a knife, pumping five .38 Special bullets into the cop’s face, chest and arms. The would-be cop-killer then knifed a security guard who was present and dove into Young’s patrol car, attempting to rip his fully automatic Heckler & Koch patrol rifle in .223 Remington from its rack. Unable to draw his own Beretta 96, Young told the police cadet how to get the pistol out of his security holster and hand it to him. Julian Covella, 17, did so, and Young opened fire.

His first .40 S&W rounds did not have the desired effect. The wounded but still violent felon was lying across the patrol car’s front seat, still trying to gain control of the HK rifle, when Young fired the shot that ended the fight. The bullet entered the criminal’s rectum and coursed up into the vital organs of his chest, and it was over.

The fatal bullet had technically entered “behind lateral midline” of the gunman’s body, the classic definition of a “back shot” — yet it didn’t matter. The good guys involved were recognized as the heroes they were, and none suffered any legal repercussions. Disabled by his severe wounds and forced to leave active police work, Marcus Young went on to teach officer survival nationwide through the FBI.

The masked intruder lunged at you with his knife. You opened fire and stopped shooting as soon as he turned and ran. He made it outside, collapsed and died. And the next day the autopsy found that one or more of your shots hit him in the back.

You know the firestorm you’ll get from a clueless public, and perhaps even from the occasional clueless lawyer. “He shot him in the back! And lied about it! Liar and murderer!”

How these things happen isn’t common knowledge and has to be explained to the judge and jury. Here are the realities that must be put together for the triers of the facts to find the truth.

Shooting as fast as possible to save his or her life, the average person can probably fire four shots per second with a double-action revolver, and five per second with a self-cocking autopistol; the shorter trigger movement requires less time to manipulate. What often happens is that, as the attacker sees your gun coming up at him, he reflexively turns just as you break the shot.

The reaction time to an anticipated response is around a quarter of a second. But if you, the shooter, had anticipated him breaking off his assault, you wouldn’t have been firing at all. So now you have to consider your reaction time to an unanticipated response, which is probably three times longer or more. Your brain now has to go through the “OODA loop” famously quantified by Colonel John Boyd. You have to Observe his turn, then Orient to the fact that the danger has abated, Decide to stop shooting and Act by ceasing your movement on the trigger. At a rate of four to five shots per second, multiple shots can still be fired before you can physically stop manipulating the trigger.

You also have to consider how fast the opponent can turn. Different studies may come up with different numbers, but as a rule of thumb, a person can turn his or her upper torso 90 degrees in about a quarter of a second, and 180 degrees in half a second. Put it all together and it’s easy and logical for a jury to understand the human factors that can result in a shot in the back while the defender was attempting to fire at his attacker from the front.

Case Three takes us to Miami, Fla. In the mid-1980s, Florida v. Mary Hopkin became my first such case as an expert witness. Mary, 63, was a battered woman whose burly common-law husband, James Yarolem, 45, had strangled her and left her for dead. Out on bail and full of booze, he returned to Mary’s home. Mary wouldn’t let him in and warned him that she had a gun, but he bashed in the door and came at her.

She fired three shots as fast as she could from a .22 LR revolver and stopped shooting when she perceived him to turn and run. He collapsed and died outside, hit once in the chest, once in the side just behind lateral midline, and once square in the back and into his heart. That was the fatal shot. She was criminally charged. Her attorney, the brilliant Mark Seiden, deconstructed the state’s case meticulously point by point, and I was there to help explain all of this, among other factors. The jury found her not guilty.

Case Four occurred more recently in 2016. In Montana v. James Stiffler, I testified to a similar dynamic when a home invader came at the defendant, reflexively turned as the homeowner raised his Star pistol and caught a bullet behind lateral midline. The prosecutor’s murder charge failed, and Stiffler left the courthouse a free man thanks to his excellent attorney, Quentin Rhoades.

So, yes, it can indeed be justifiable to shoot a violent criminal in the back. It will depend on a phrase you’ll hear over and over in court: “The totality of the circumstances.” 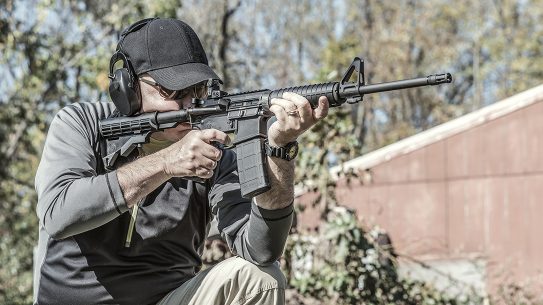 Despite numerous claims to the contrary, the US doesn't rank high in the number... 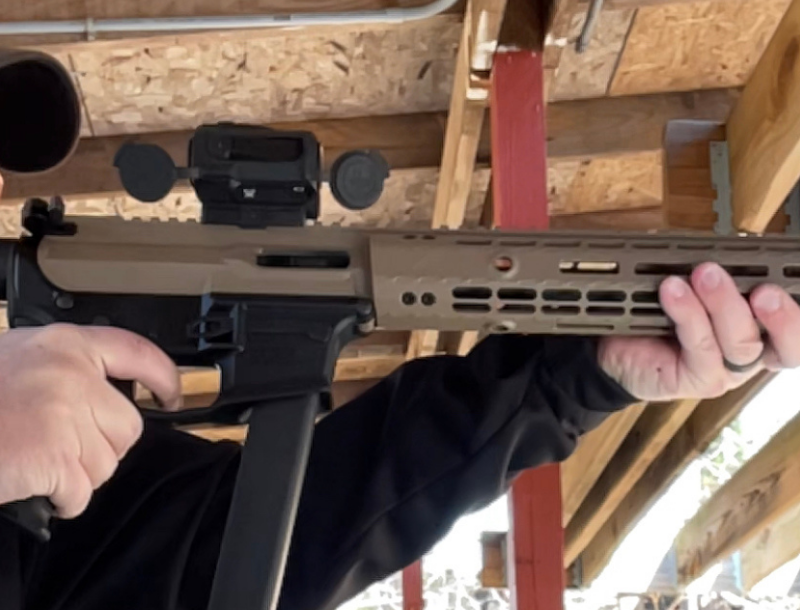