How did the SIG P365 end up at the top of my concealed carry list? After seven years, I was finally free. I left the hustle and bustle of New York City, where I began my career in publishing, and moved back South to be closer to home. No longer would I have to test cool new guns in different parts of the country only to remember that I could never bring them back to my cramped corner of Manhattan. No. Things could be different. 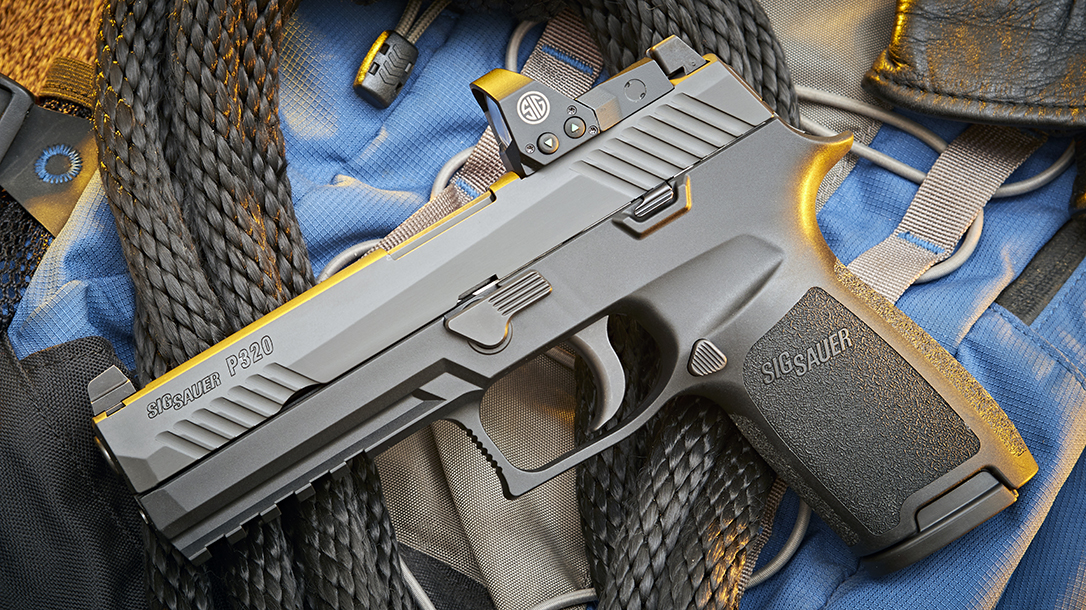 I didn’t wait long to start building my self-defense arsenal, so I did the “Striker-Fired Shuffle” like everyone else, testing Glocks, Smith & Wesson M&Ps, Springfield XDs, HK VP9s and handfuls of other guns before settling on the full-size SIG Sauer P320 in 9mm.

Over 2,500 rounds later, I’m still impressed with my P320. It fits my medium-size hands well, hits where I aim and simply won’t stop running. It’s digested everything from premium hollow points to bargain-basement fodder without a single hitch.

But the P320 isn’t meant for concealed carry. Not in its full-size guise, at least. Sure, you can remove the fire control group and plop it into a smaller slide assembly and frame for that — the inherent modularity is just plain cool — but the resulting “Subcompact” will still be a tad wide. Then SIG decided to flip the script entirely and introduce a striker-fired “Micro-Compact.” And the P365 certainly fits that billing.

You’ve seen it and heard about it, so I don’t need to get into its specifics too much. The P365 is a tiny gun with some P320 styling cues. However, what really makes it special is that it holds 10+1 rounds of 9mm ammo. That’s right. Despite being only 5.8-inches long, 1-inch wide and 4.3-inches tall, the P365 can hold 11 rounds. Oh, and the gun only weighs 17.8 ounces unloaded as well.

The trick is in the magazines, which have been described as “stack and a half” designs to hold so much ammo while being delightfully small.

SIG didn’t skimp on the details, either, as some companies tend to do with subcompacts. With the P365, you get an awesome set of X-RAY3 day/night sights — better than the standard SIGLITE sights that come on the P320 — as well as a fully functional slide release and reversible magazine catch. The proprietary rail up front allows you to add one of SIG’s LIMA365 red or green laser units, or a FOXTROT365 light.

The grip, with highly effective texturing, similar to skateboard tape, can fit all but my pinky finger. Thankfully, two 10-round magazines are included, and one that includes an extended baseplate that allows you to get a full grip on the gun. So, your pinky can join in on the fun. Extended 12-round magazines are also available.

The gun has no external safety, but SIG makes up for that with a heavy trigger pull. But you really wouldn’t want a hair trigger on a CCW anyway, right? More importantly, the trigger is predictable with a firm reset. After a few shots, I had it down.

So, you’ve got the gun. As part of its “complete systems provider” mantra, SIG Sauer also offers dedicated holsters along with the aforementioned light and laser. But in case that weren’t enough, SIG has also unveiled a line of ammo made specifically for small guns like the P365.

The company’s new SIG 365 ammo line came onto the scene back in May. Essentially, you can get 115-grain 9mm FMJs and 115-grain V-Crown JHPs. The company loads both to the same pressure levels, using the same low-flash, cleaning-burning powders on the same machines, so that they shoot similarly. The recoil and velocity figures are the same between both loads. In fact, according to SIG, from the P365’s 3.1-inch barrel, the FMJ and JHP loads both produce 282 foot-pounds of energy at 1,050 fps.

The idea is that you can train with the FMJs and switch to the JHPs for self-defense without having to overcome some performance gap. You’ve heard that expression “train like you fight?” This is a very literal interpretation of that.

The company sent both types of SIG 365 ammo just to tease me before sending me a P365. However, it arrived in an awesome hard case with a foam-lined interior. Everyone at my usual QuickShot range in Atlanta wanted to see the gun.

While you’ve probably read some general evaluations of the P365, my goal was to see how the gun would fare with this specifically tuned ammo. However, I didn’t just limit my testing to these FMJs and V-Crown JHPs. I also ran the P365 with Federal’s 135-grain Hydra-Shok JHPs, 124-grain Syntech FMJs and 115-gain “Train + Protect” VHPs along with SIG’s very own 124-grain V-Crown JHPs, 145-grain V-Crown JHPs and 124-grain FMJs. And the gun didn’t miss a single beat.

The recoil is noticeable — this is a tiny gun after all. However, with a firm grip, the P365 is certainly controllable and effective. Despite the short sight radius and long, heavy trigger pull, I had no problems creating tight clusters at 7, 10 and 15 yards. Beyond that, the large front sight tended to obscure the target for my not-so-great eyes. But, again, this isn’t a problem because the gun is meant for up-close-and-personal protection. And on that note, I would probably try my best to carry the gun with the extended magazine, too, just to get a little more real estate on the grip.

It Loved the Ammo

The pistol really seemed to love the SIG 365 ammo. I noticed slightly less recoil with both the 115-grain FMJs and V-Crown JHPs over the heavier defensive rounds. More importantly, I couldn’t feel any difference between the two ammo types. Whatever their differences were in terms of terminal ballistics downrange, on the shooter’s side of the equation, they felt the same. And this is after running full magazines of each type — one for 115-grain 365 FMJs, the next for 115-grain 365 JHPs, etc. Then, I mixed the two types within each magazines. Again, it all felt like one ammunition type, which I find very impressive.

My next phase of the evaluation involved simply loading up both magazines with the 365 ammunition and dumping them into a target 10 yards away. In no time, I had sent 40 rounds downrange to create a large cluster right in the center of the silhouette’s “chest.” The P365 proved that it was certainly capable of “minute of man” accuracy. And with this much ammo on board, I would never feel under gunned.

SIG’s advertising slogan for the P365 is “Bring more. Everyday.” In this situation, it’s not just advertising or cheap marketing. And I am a very cynical dude that has seen a lot of new guns hit the market only to disappear a few months later, if they’re able to leave the factory floor in the first place. Instead, SIG is doing it right and leading the way.

With the P365, you’re getting a lightweight, fast-targeting, easy-to-conceal handgun that holds 11 rounds of 9mm ammo. On top of that, it’s a gun you’ll actually want to carry, and you can pair it with top-quality training and defensive ammo, too. What’s not to like? Your P320 can finally have the little brother it’s always wanted!

SIG Sauer has taken a significant step in introducing the SIG P365 ammo and gun together. The company is helping shooters go forth more confidently on a daily basis. But it goes beyond that. Hell, I’m excited to see how the rest of the firearms industry responds. Every other gun-maker out there has some stiff competition in this niche of the market. Also, we all know that competition drives innovation. For even more infor about the SIG P365 ammo and gun, please visit sigsauer.com.