0
SHARES
0
VIEWS
Share on FacebookShare on Twitter
Most don’t realize that SureFire developed the laser featured in The Terminator. Since then, the company has developed numerous lights, lasers, suppressors and more for shooters, including the SureFire X400U Weaponlight. 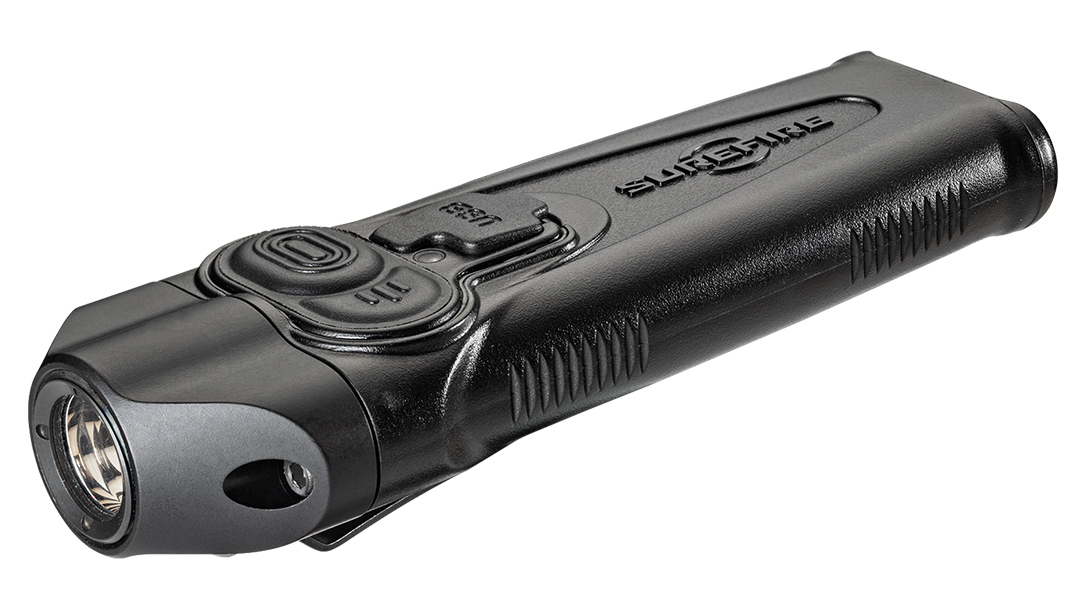 The X400U is the latest in a long line of lights. SureFire constructs this light/laser combo from aerospace aluminum that features a hard-anodized Mil-Spec finish. It also comes with O-ring and sealed gasket to keep out water and contaminates. So regardless of weather conditions, this light and laser works when needed. It also features Total Internal Reflection (TIR) lens to produce a tight beam with extended reach. Additionally, it produces significant surround light for peripheral vision. Its 1,000 lumen output easily blinds assailants, but, unfortunately, it doesn’t feature a strobe setting.

However, underneath the light, the X400U contains a 5-milliwatt laser sight. The laser is available in either red or green, but the green costs significantly more. This is because green lasers cost more to produce. However, green lasers are also much easier to see by the human eye, especially during daylight hours.

The X400U is activated via an ambidextrous switch located at the rear of body. Also, the unit provides momentary or constant activation. Holding the side of the lever turns the unit on until released, or shooters can flip the lever up or down to kick out a steady stream of illumination.

However, SureFire also offers an optional DG Grip Switch for handguns that permits the X300U to be activated with one hand, without altering the grip on the weapon.

In addition, SureFire has also brought out the X400UH, which comes with all of the features of the X400U with the added benefit of working with the MasterFire Rapid Deploy Holster.