0
SHARES
30
VIEWS
Share on FacebookShare on Twitter
Shooters really seem to like the SIG Sauer P365. Now, they can make it even better with the Viridian E-Series Red Laser Sight. In fact, shooters can choose between the E-Series and the Reactor R5 Green Laser Sight. 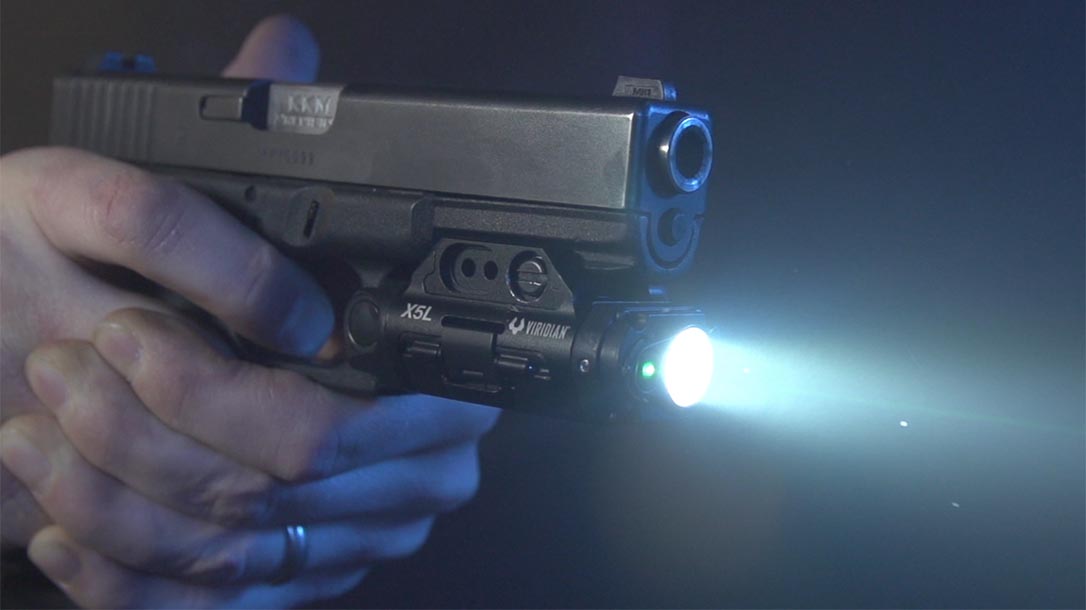 “Our E-SERIES and REACTOR Gen 2 lasers are designed from the ground up for concealed carry,” said Viridian President and CEO Brian Hedeen. “When combined with the SIG Sauer P365, you’ve got a compact pairing that offers the reliability and fast target acquisition needed for personal protection.”

Viridian constructs the E-Series from theromolded polymer. This makes the unit extremely lightweight. In fact, the E-Series only weighs a mere .78 ounces. However, it also features a 5mW laser, which is the most powerful laser allowed by law. This power provides targeting up to 25 yards in daylight. Of course, it runs much farther at night. In fact, Viridian claims goes out to a mile in the dark.

Additionally, the unit features easy windage and elevation adjustments, as well as ambidextrous on/off switch. It can also run more than six hours on a single battery, but shuts off automatically after five minutes to save battery life.

Of course, Viridian also provides a green laser option. The Reactor is available for a variety of handguns, including the SIG P365. It also features windage and elevation adjustment and high strength theromolded polymer construction. However, its green laser effectively targets out to 100 yards during the day and up to 2 miles at night. It also comes with an IWB holster with INSTANT-ON automatic laser activation. However, green lasers use battery power quicker and costs more.