2
SHARES
34
VIEWS
Share on FacebookShare on Twitter
Over the years, companies have made 1911 pistols in a whole lot of ways and with many types of materials. In fact, shooters can purchase Damascus steel 1911s, and one company built a pair out of a meteorite named the Big Bang Pistol Set. However, most folks can’t afford spending that kind of money for a gun, but still want beautifully made 1911, such as the Citadel Madagascar M-1911. 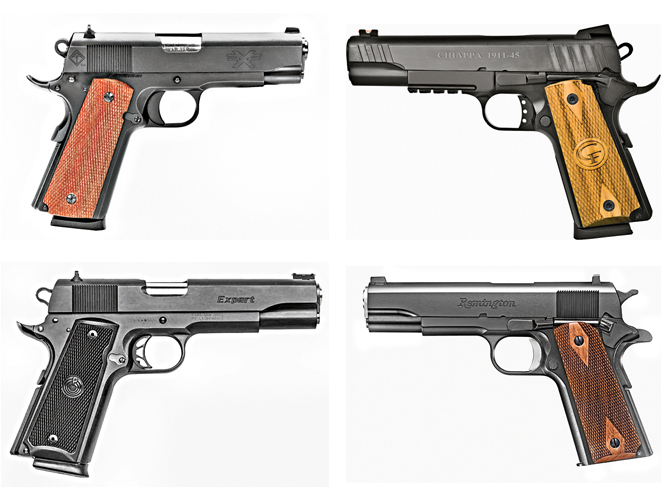 The Madagascar is basically a 70 series 1911 pistol. As such, it features a 5-inch barrel and 8.87-inch overall length. However, this gun comes with some improvements over the original 70 series guns. This includes an ambidextrous thumb safety, beveled magazine well, extended slide stop and extended beavertail grip safety. It also comes with a lowered and flared ejection port and skeletonized hammer and trigger.

So, this 1911 pistol already comes in one of the most popular series with numerous upgrades that shooters prefer. And it also comes in both the original .45 ACP caliber and the increasing popular self-defense round of 9mm.

However, the most interesting feature of the Madagascar is its gray Cerakote slide. The Cerakote provides a durable finish that will last for years. Additionally, the company laser etched the Cerakote to give it a Damascus steel look. The company also used redwood patterned grips, which contrasts the gray Cerakote.

So, in addition to providing a functional self-defense pistol, Citadel has produced a 1911 that beautiful and different, but at an affordable price.