When someone says the name “Mossberg,” visions of legendary shotguns and incredibly accurate long-range rifles come to mind. Now, add handguns to that list of imagery. For the first time in 100 years, Mossberg is returning to its roots with the all-new Mossberg MC1sc subcompact handgun. 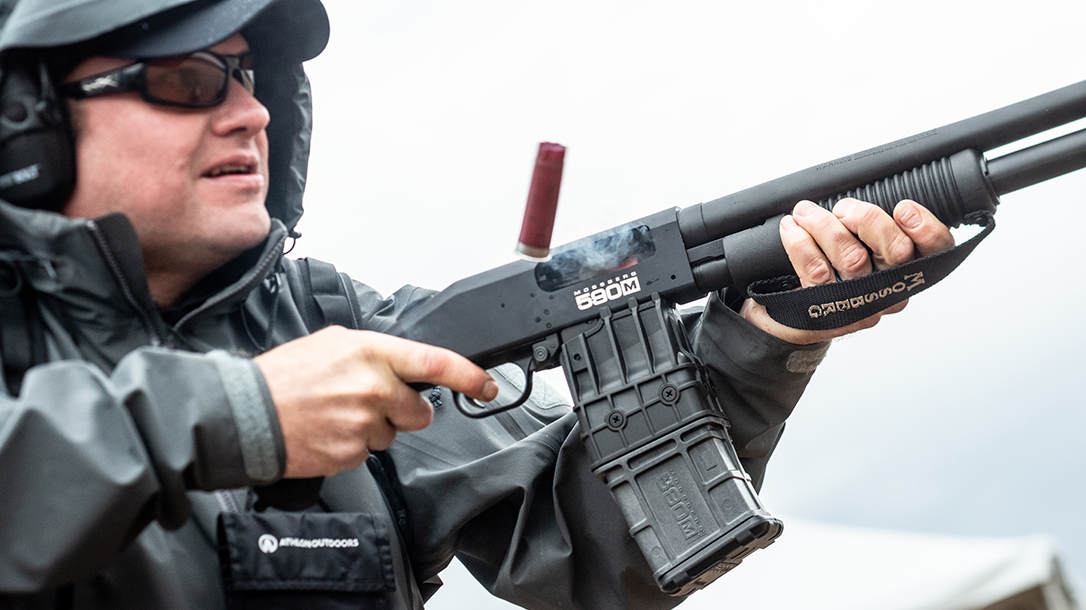 Mossberg produced its first handgun, the Brownie, in 1919. Things have come full circle with the release of the feature-rich 9mm MC1sc. The new handgun is a concealed carrier’s dream.

Mossberg announced five configurations of the MC1sc in total. They are: The Standard model; the Cross Bolt Safety model; the TRUGLO Tritium Pro Night Sights model; the Viridian E-Series Red Laser model; and the limited (run of 1,000) Centennial Edition.

Chambered in 9mm, all of the MC1sc variations comes with Mossberg’s new 6- and 7-round Clear-Count single-stack magazines. Slides are stainless steel, with DLC finish. They also feature multi-angle serrations for positive slide manipulation.

Integrated into the slide is the patent-pending Mossberg STS Safe Takedown System. The user unloads the firearm (removing the magazine, and clearing and locking the action open), and then removes the striker assembly prior to to removing the slide as instructed. Unlike competitive products, an MC1sc user is not required to pull the trigger in order to disassemble the handgun for routine cleaning and maintenance; this allows for a safer disassembly process.

Perhaps the most staggering part of the MC1sc equation is the cost. Personal Defense World confirmed that the cost of the base model — with or without cross bolt safety — is just $425. The Tritium Pro Night Sights comes in at $526, while the Viridian Laser model has an MSRP of $514. We couldn’t confirm the price of the Centennial model, but the other MSRPs are incredibly reasonable considering everything the MC1sc offers.

Watch the video below for an entire rundown on the Mossberg MC1sc. For more information, please visit Mossberg.com.