0
SHARES
9
VIEWS
Share on FacebookShare on Twitter
Lasers have come a long way since the days they were an interesting curiosity. In fact, shooters now know that lasers are an excellent tool that make acquiring targets much faster and easier. And the LaserMax Lightning Rail Mounted Laser has even made activation even easier with GripSense technology. 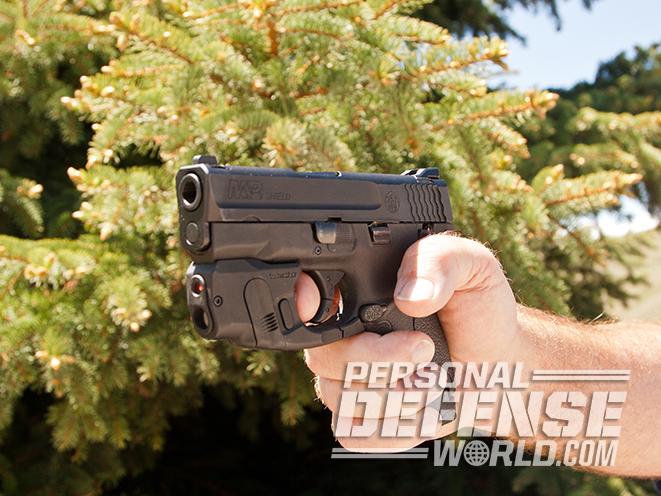 GripSense represents the newest generation of laser activation technology by simplifying the activation process. The user simply grips the firearm, setting off a motion sensor in the detection zone. This activates the laser immediately and does not require the user to change their firing grip. The biggest complaint of most lasers is having to remember to activate them. As such, this technology eliminates this extra step, providing instant activation. However, the Lightning also allows users to activate this laser via a push button, providing a dual method for use.

The Lightning fits any rail with at least 1 inch of room. And while the company designed it for pistols, this means it also fits most rifles with rails. Additionally, users can program the Lightning for either a steady or high-vis pulsed beam. The Lightning runs up to 20 hours continuously, but features a ten-minute time out to save battery. It is also water resistant and the battery hatch allows tool-less entry.

LaserMax produces the Lightning in with both red and green lasers, which allows users to choose between what the company calls Vivid Red or Daytime Green. Green, of course, cost a bit more, but the human eye see green much better than red, especially during daylight hours. It also comes with a five year warranty.