A Massachusetts concealed carrier helped end a road rage incident that included one man riding on the hood of the other’s car for two to three miles. 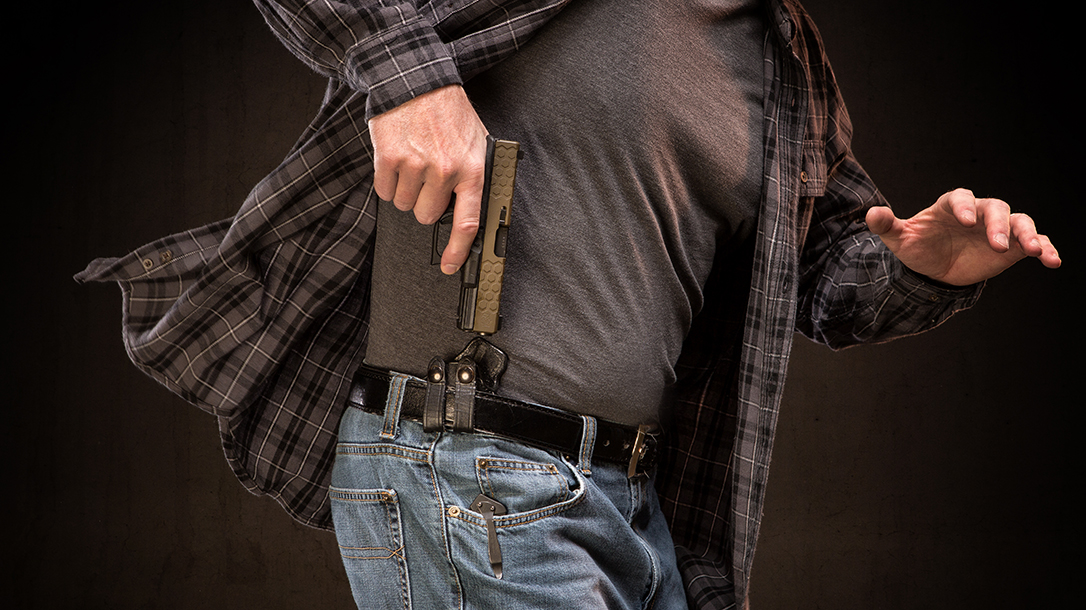 The incident began after a minor fender bender, according to Fox News, on the Massachusetts Turnpike. However, while exchanging insurance information, the pair — Mark Fitzgerald and Richard Kamrowski — began arguing. Then, Fitzgerald tried to drive away and almost hit Kamrowski, who ended up jumping on the hood of the car. Even then, Fitzgerald, however, kept driving. In fact, he drove for a few miles, hitting speeds up to 70 miles an hour.

Other drivers captured part of the incident on video, including catching Kamrowski clinging to the hood while trying to dial his phone, apparently trying to call police. Eventually, good Samaritans blocked Fitzgerald and forced him to stop. Then, they surrounded the vehicle, including one carrying a handgun, and held him until police arrived.

“The SUV driver ultimately came to a stop, we believe with the intervention of some good Samaritans, and was taken into custody by responding troopers,” Massachusetts State Police spokesman David Procopio said.

In fact, Fox News even reports that Fitzgerald didn’t stop until the unidentified concealed carrier got involved in the incident.

Police charged Fitzgerald with assault with a dangerous weapon on a person over 60, negligent operation of a motor vehicle, and leaving the scene of a property damage accident. Kamrowski was charged with disorderly conduct and malicious damage to a motor vehicle.

It Took a Massachusetts Concealed Carrier To Stop This Incident

Massachusetts has fairly strict gun laws. However, residents can obtain concealed-carry permits. In fact, a little over 412,000 residents had carry permits in 2017, according to Gun to Carry, in a state with almost 7 million people, which is about 6 percent of the population. In this incident, a man with a gun ended the situation, which often seems to be the case. The gun owner also seemed to know what to do when police arrived. After everything was over, he went on his way with no charges. 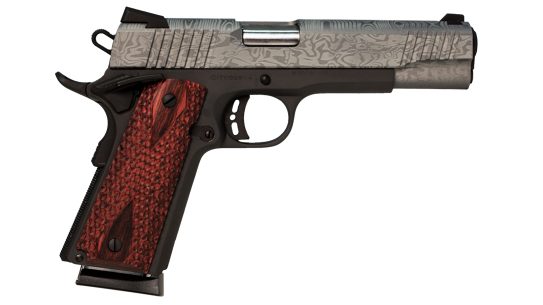 Featuring a gray Cerakote finish that is laser etched to create a Damascus steel...