Every wonder how quickly an armed robbery can happen? If you didn’t know, these events can happen very fast, particularly to those who aren’t using situational awareness. Angel Grimal, owner of Grimal Jewelers, discovered this while standing outside his store in Miami talking to an employee. 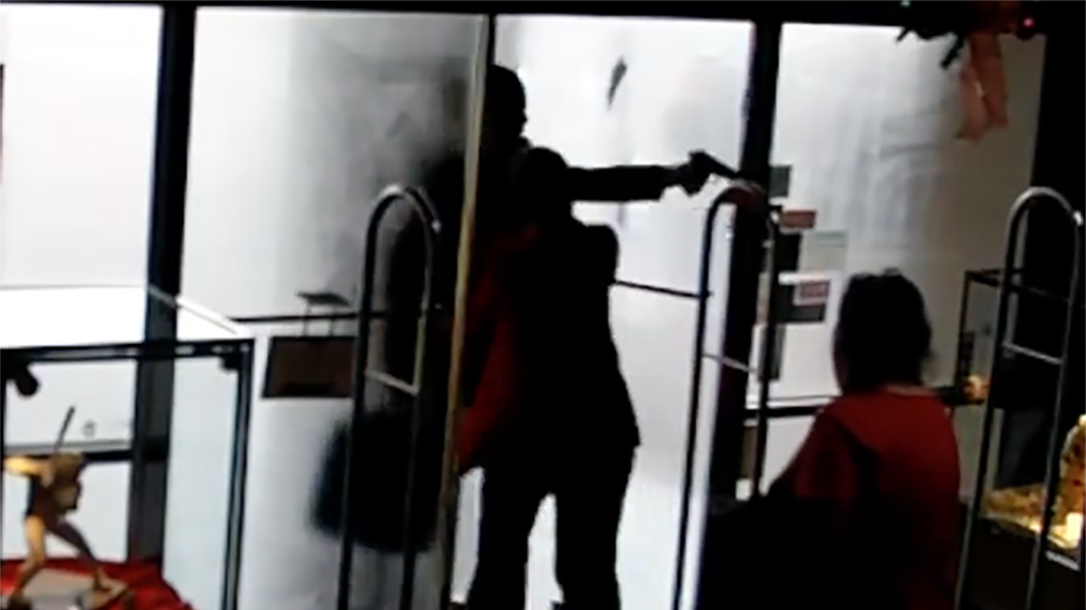 Surveillance video shows Grimal talking with another ma while a black pickup slowly backs in their direction. Neither really pays it much attention, which ends up being a mistake. This becomes readily apparent when a masked man jumps out and rushes up to Grimal holding either a handgun or a taser.

The robber ended up taking Grimal’s watch and ring, which WPLG reports was valued at $74,000, before getting back into the truck and driving away. However, Grimal didn’t just watch the robbers go. In fact, he jumped into his own car and followed them while his employee called police. According to CBS Miami, Grimal chased the truck to a gas station, where police officers converged to apprehend one suspect. However, police are still searching for two other men believed to be involved with the Miami armed robbery.

Now there are a lot of issues throughout this story that is difficult to understand, such as who wears that much in jewelry. However, we’re going to stick to the criteria surrounding the robbery. To start, this jeweler contrasts greatly from one in California who used good instincts to realize something was wrong. Of course, Grimal wasn’t inside his store, where he might be more vigilant. However, he still needs to pay better attention to his surroundings.

The black truck backs out of a parking space, which is normal, but it keeps backing closer, well after if had plenty of room to go forward. This should have set off at least some warning bells. The pair, though, practically ignore the truck and continue talking, right up until an armed man jumps out. Grimal reacts, but not effectively; he backs up a little and then submits, which might have been his smartest move. Unarmed and unprepared is no way to go into a fight.

Then, he followed his attackers as they fled, which wasn’t his brightest move. It worked out for him, as he wasn’t harmed and police arrested one of the robbers. However, this was asking for trouble, even if he had been armed. And it didn’t even get him back his jewelry.

Situational awareness can’t be emphasized enough. This video shows how quickly someone can charge, so reacting isn’t a matter of seconds; its a matter of milliseconds. You have to always know who is close, and gauge their threat potential. Then, have an idea of what to do or where to go if something happens. This doesn’t always mean fighting back, as the best recourse might be retreating. In any case, wouldn’t you want to be able to make that choice? Awareness can help. 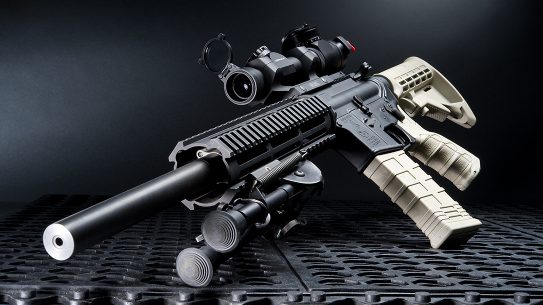 Bills Expanding Background Checks Introduced in Both House and Senate

Anti-gun politicians have wasted no time in fulfilling their promise to introduce bills expanding...