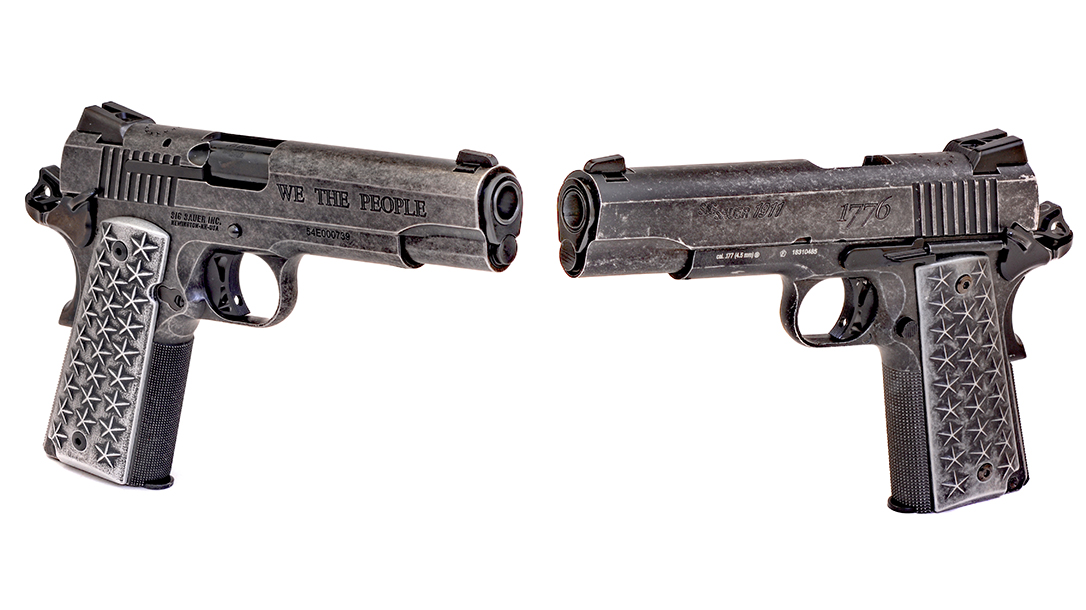 1 of 3
Photo by Dennis Adler
SIG We the People 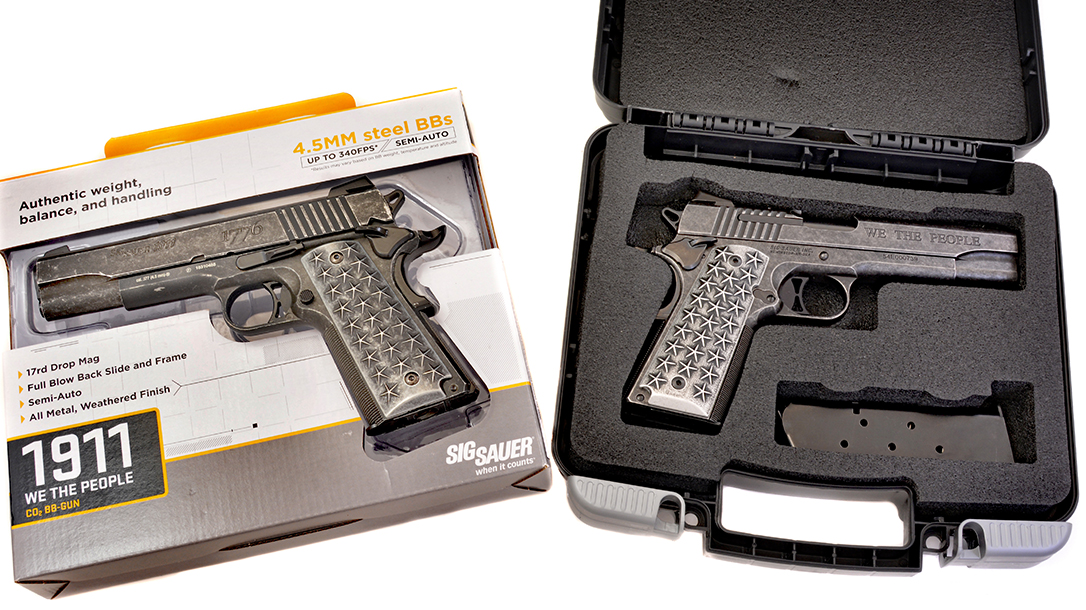 2 of 3
Photo by Dennis Adler
SIG We the People 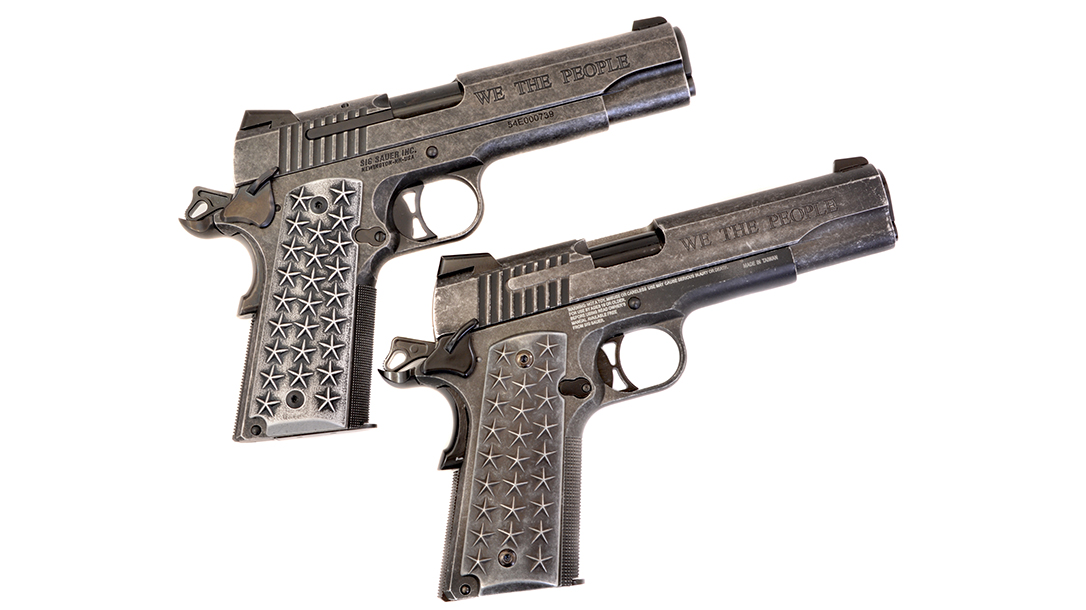 3 of 3
Photo by Dennis Adler
SIG We the People 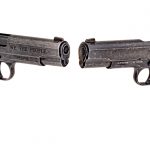 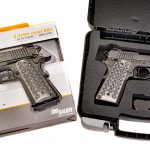 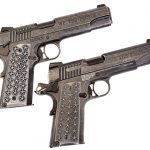 Sig Sauer has been raising the bar for handguns and airguns for years. Well, just three years for the latter, but the company has come further in those three years than some established airgun manufacturers have come in twice that time. 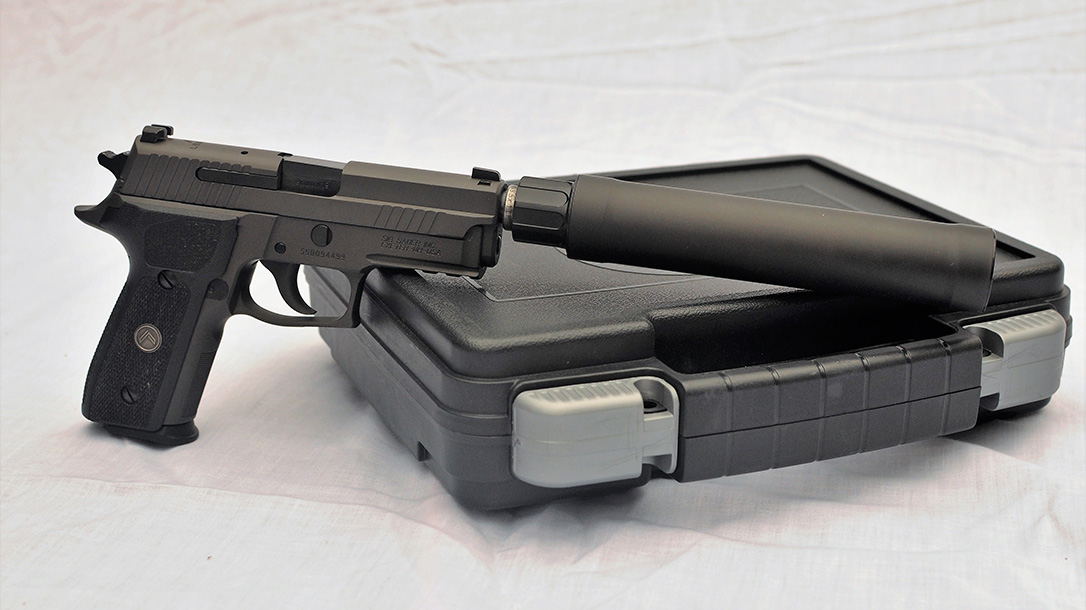 Sig has one objective with its CO2 models: to build training guns that are also suitable for the general consumer market. The company started late in 2015 by introducing an airgun version of the P226 MK25 used by Navy SEALs, then followed up with five more CO2 pistols between 2016 and 2017. In 2018, Sig unveiled two We The People 1911s — one in .45 ACP and the other a match a matching 4.5mm (.177) CO2 version.

It’s rare to find a company that makes its own centerfire weapons and airguns. Quite a few companies license their names to other manufacturers, but Sig Sauer designs and builds its own CO2 models. And both of these American-made We The People pistols have custom features and antiqued finishes that help them stand out from their brethren.

The CO2 model is a breakthrough design that exemplifies forward thinking within the airgun industry. In fact, it’s so close to the centerfire version that, unless you take note of a couple of differences, the two guns are almost indistinguishable from the left side. From the right side, the same is true physically, but aesthetically, the difference is revealed by the air pistol safety warning on the frame. (Even Sig has to play by some established rules.) Regardless, the attention to detail is evident in the CO2 model’s construction, and the airgun’s only other tell is the absence of an extractor at the back of the slide. Sig could have made this a finely molded-in piece like the authentic-looking external extractor arm, but the slide does have the correct lowered and flared ejection port.

sBeyond that, the Sig We The People airgun is true to the centerfire model in all its operating features, including the ambidextrous thumb safety. The models also have matching front- and backstrap treatments, custom aluminum grip panels with 50 total embossed stars, hammers and competition-style triggers. Both guns share dovetail-mounted white-dot sights (though the .45’s have tritium inserts) and unique distressed finishes.

Distressed finishes are a personal preference. Aged finishes are actually common on reproduction pistols and rifles from the Civil War era as well as the mid to late 20th century, and people pay extra for it. So, Sig has actually picked up on a very popular trend among enthusiasts who want the look of an older gun but none of the mechanical wear. You’ll also find that each gun has “SIG SAUER 1911” and “1776” engraved on the left side of the slide, and “We The People” on the right, with the same depth and detail. On top you’ll see 13 stars set in a circle to represent the 13 colonies. In short, the CO2 model is as close to the .45 as it can get without firing .45 ACP rounds. 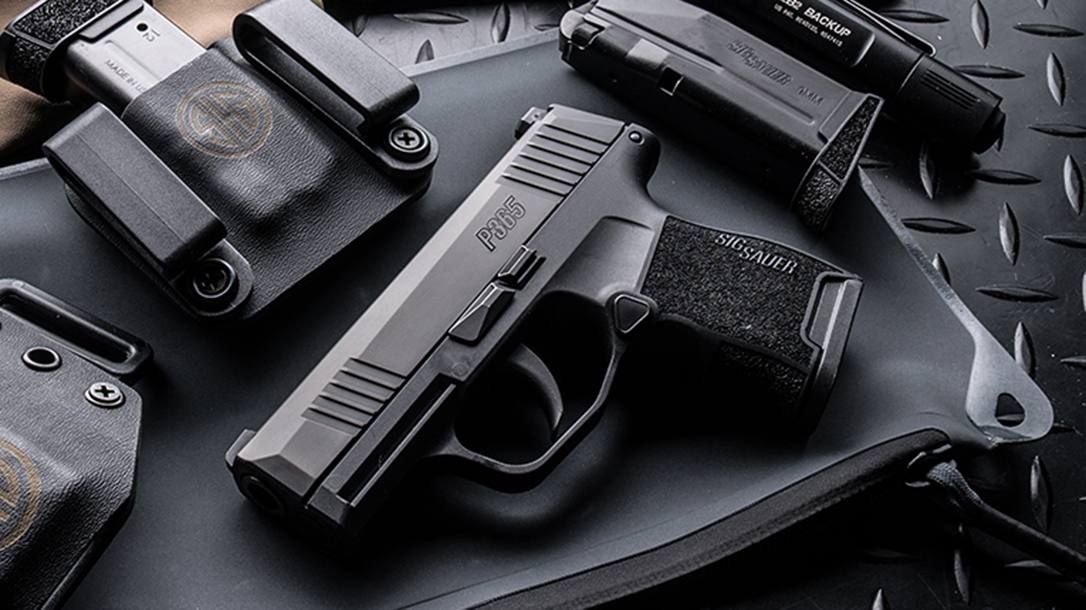 Training with your concealed-carry handgun can make the difference between being a survivor or a statistic. Of course, no one is going to carry a BB gun for protection (unless you’re up against a gang of ground moles), but proper training can be costly in terms of time and ammo. Sig has always had this in mind. That’s why all of its airguns are based on current-production centerfire weapons. But this drive has never been so well expressed as with this Sig We The People duo.

Training with an accurate understudy for your centerfire handgun is absolutely worth the price of the air pistol. Law enforcement has been embracing this idea for a while, and for those who agree that there is simply no substitute for a .45 ACP, the centerfire Sig We The People 1911 has everything perfected right down to pulling the trigger. Of course, the difference between firing the 4.5mm and .45 ACP Sigs is about the same as jumping off your front porch and parachuting out of an airplane. But, to continue the parallel, everything is the same until you jump. That is what makes the new Sig CO2 model the best 1911 training gun thus far. And when you pull its trigger, you are spending a fraction of a cent. You can’t say that when you fire a Federal 230-grain Hydra-Shok JHP.

The CO2 model isn’t a quiet air pistol. It’s probably a little louder than most blowback-action airguns, and the slide delivers a decent kick when it reciprocates. Not as much as a .22, but enough to get a feel for shooting a handgun. And this gun uses John Moses Browning’s design with slight internal modifications to accommodate the CO2 firing system, which includes an additional lightly wound recoil spring around the barrel.

As part of training, setting and releasing the thumb safety on a 1911 is essential, and the safeties (and slide stops) work identically on both of these guns, with the same feel and resistance. Some 1911 airguns allow the slide to move with the safety set, but not the Sig We The People model.

Where the triggers differ is in resistance; manually cocking the hammer on the centerfire model requires more effort than the air pistol, as with racking the slide, but this is to be expected since the airgun’s hammer is lighter than a centerfire pistol’s, as is the recoil spring resistance. Finally, fully loaded, the .45 ACP model is just a bit heavier than the airgun. The former is all steel and the latter haves an aluminum slide and frame, but the difference won’t take anything away from the training experience.

As for accuracy, it is hard to compare the two guns for obvious reasons. But the 4.5mm airgun delivered pretty good results. Shooting at a full-sized B-75 cardboard silhouette targets, my best-five shot group off-hand measured 0.51 inches. My entire 10-shot group was only 1.56 inches. At 75 feet, the .45 ACP’s best five-shot group was just 2.75 inches wide. Shooting 10 rounds at 50 and 75 feet produced a group measuring 3.13 inches.

At the end of the shooting tests, I came away with absolute certainty that the CO2 version is a perfect training pistol for Sig’s .45 ACP We The People 1911, or any full-sized or compact 1911 pistol. And that is as much as anyone can ask from an airgun. Sig Sauer has you covered.

For more information about the Sig We the People guns, visit sigsauer.com.

SIG WE THE PEOPLE

SIG WE THE PEOPLE CO2 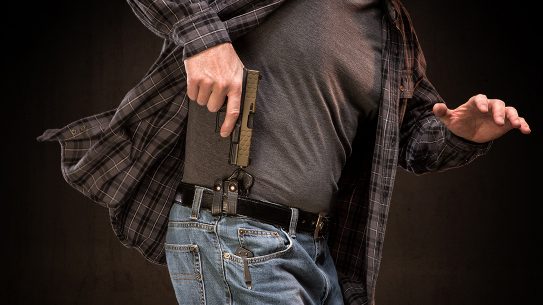 After being robbed in a St. Louis restaurant, a Missouri bar patron followed the...