When it comes to firearms, safety is paramount. Sure, guns are only tools, but they are powerful tools that can easily take life if used improperly. Just look at every other major city with strict gun laws. As such, one of the worst taboos of gun owners is the unintended discharge. And this is way worse when it happens to someone who should absolute know better, which often seems to be the case, including this one involving police officers in Indiana from Tactical-Life. 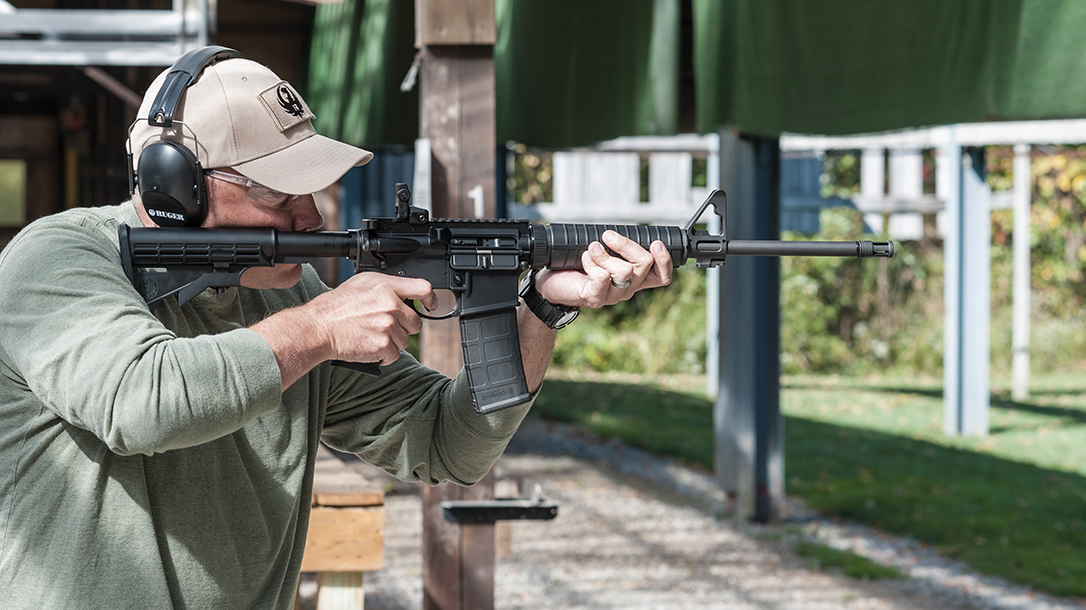 The Lafayette Police Department recently released video that shows an officer shooting another officer accidentally while executing a search warrant in Indiana. The officers were searching a home for a suspect when a large dog escaped from its cage. This caused all three officers to flee, which is when one officer’s handgun discharged. Footage shows the round travel through the door, striking the officer in the back. Although the officer wore a protective vest, the bullet managed to strike above her protected area, according to the report.

Emergency personnel transported the injured officer to the local hospital, where doctors listed her in serious but stable condition. And while this incident showed the support of the local community for law enforcement, this should have never happened.

For many years, shooters called incidents such as these accidental discharges. However, that is a misnomer, as they are not accidental, they are unintended. Unless the gun malfunctions, the trigger must be pulled for a round to fire. The results might be accidental, but the action was unintended.

Sure, this officer was under stress, but he pulled the trigger, which caused an unintended discharge of the handgun. He didn’t mean to, and it looks like the department will not punish him for his mistake. However, he could have prevented it by following two of the most important gun safety rules. Always keep the muzzle pointed in a safe direction and always keep your finger off the trigger until ready to shoot. This officer broke both of these rules, showing he needs some additional training in gun safety.

In fact, this would probably be good for most shooters. Every group running a competition across the country conducts a safety briefing before a shot is fired. This includes the high-end competitions, such as the Bianchi Cup and the National Matches; safety violations disqualify competitors quickly. Might be time for officers to consider doing something similar before heading out to protect our streets. You might want to think about it as well. 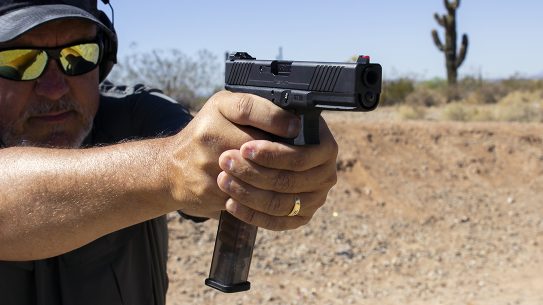 The Krytos T17 May Be the Best Way to Make Your Glock Lighter, Stronger

Those interested in reducing the weight of their Glock by 40 percent, while making...

WATCH: ‘Shoot For $1 Million’ Finalist Shoots for the Cash...