Last year brought out a lot of videos where gun owners could learn what not to do in a situation; this includes this video, where employees of two businesses got in a dumb argument over an alley that resulted in a shooting. However dumb, it could end up hurting gun owners

A fight over an alley? Really? Both groups need the alley to conduct business. Taylor Pneumatic Tools uses the alley for loading and unloading of materials and equipment, while Big City Towing needs it for moving around cars in its lot. Owners of the two businesses have been arguing about the alley for a while. On the day of this video, it came to a head.

Started With a Fist Fight

Supposedly, this Boynton Beach Shooting started as an argument that turned into a fist fight. On the day of the fight, employees from Taylor parked a truck in the alley for unloading. Around the same time, however, those at Big City Towing needed access to move a car. Charles Cook Jr. claims he walked over ask the folks at the Taylor group to move the truck long enough for them to move a car. According to Cook Jr., this didn’t go well.

“He was just rude about it,” Cook Jr. said to the Palm Beach Post. “He was like, ‘the longer we sit here talking the longer we’re gonna take.’”

This led to an argument between the two groups where, according to Cook Jr., David Taylor threatened to shoot the towing company employees. The employees eventually started pushing, shoving and hitting, but it kind of broke apart, with no serious injuries, after a couple of minutes.

However, that is when Taylor, who is holding a gun, and Charles Cook III square off in the upper right hand corner of the video. Cook III punches Taylor, who ends up shooting his opponent.

No Charges In Boynton Beach Shooting

David Taylor ended up shooting Charles Cook III in the arm, but the bullet traveled through his ribs and hit a lung before lodging in his back. Cook III suffered a collapsed lung and spent two weeks in intensive care at the local hospital. When he got out he learned that Taylor was claiming self defense through the Florida Stand Your Ground law, and prosecutors had declined to file charges.

“It was so obvious from the video that it was a case of self-defense, there was nothing else to add,” said Richard Lubin, Taylor’s attorney. Taylor believes that he was justified because Cook III punched him in the face after the fight had broken up.

However, the Cooks have also obtained counsel and, of course, claim that Taylor was the aggressor and instrumental in the entire situation. The Cooks want Taylor charged with aggravated battery with a firearm.

“His shooting was not designed to prevent death or great bodily harm to himself or another nor was anyone in the commission of a forcible felony,” said John Cleary, the Cook’s attorney.

There are issues on both sides here. In fact, the stupidity of both groups knows no measure, but the employee loyalty is admirable. However, this fight should have never happened. The folks on both sides need to grow up and realize that there is nothing wrong with walking away from the fight. The worst part, though, is that this incident has given the anti-gunners another lash to beat Stand Your Ground.

Getting punched in the face probably isn’t a good enough reason to shoot someone. However, hitting someone holding a gun is downright stupid. And everybody involved should consider themselves lucky not to be charged. Some prosecutors could consider this a great case for attacking gun rights. Additionally, the Cooks are looking into a civil suit. So, this case could still be tried, albeit in a different manor. Regardless, these guys just gave gun owners a black eye. 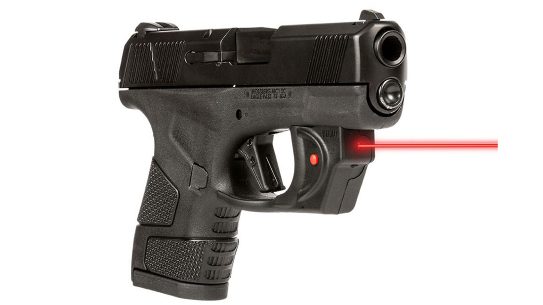