When someone says, “Wilson Combat,” the first thing that usually comes to mind are 1911s. Wilson’s handguns contain fit, function and form that are second to none. When Wilson expanded into other types of guns, including rifles and shotguns, the expected quality remained. With personal defense in mind Wilson is upping the ante once again with the all-new Wilson Combat Protector Series of AR-style carbines and pistols. 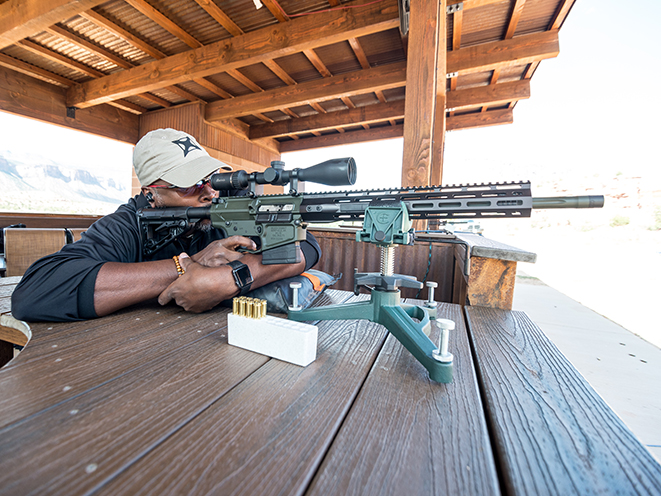 Inside Look at the Wilson Combat Protector Series

Wilson Combat already has its 1911 Protector. The new series evolves into both an AR-style carbine and pistol.

Wilson uses a CNC-machined, Mil-Spec forged upper and lower for weight and reliability. It also comes with a free-floating M-LOK handguard for a slim, ergonomic profile. This gives the gun ample rail for attachments, while shielding the black nitride finished non-adjustable gas block.

However, the heart of the Protector Series is the match-grade, precision, button-rifled barrel. The company tests these stainless-steel barrels for accuracy. Wilson also includes a Q-Comp muzzle device that provides recoil control without blast back to the operator.

These carbines and pistols also feature Wilson Combat’s Tactical Trigger Guard, a BCM pistol grip and a Wilson-Rogers Super-Stoc (carbine versions only). The guns are available in three calibers — 5.56, .300 Blackout and .300 HAM’R. MSRP is $1,999.95.

Watch the video below to learn a little more about the new series. For more information, please visit WilsonCombat.com.