When a man walks in, points a gun, demands money and says you’re going to die, you have every right to kill that man. At least, that’s what a prosecutor is saying about a Cincinnati store owner. 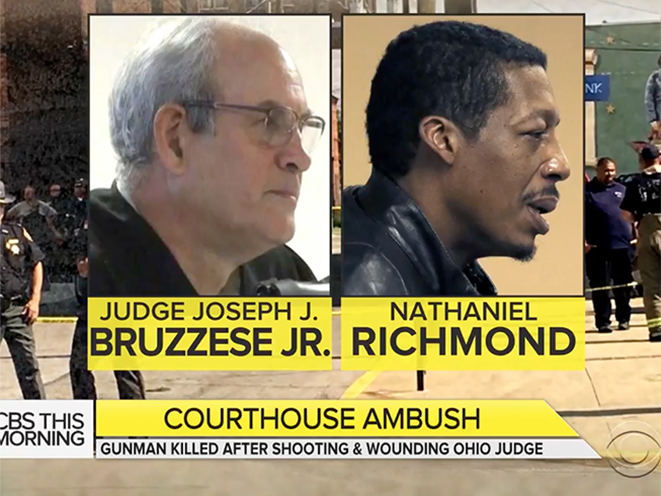 The incident happened back in January when James Douglas allegedly tried to rob the Glenway Pony Keg on Glenway Avenue. Surveillance cameras caught the events on video. This includes a masked man drawing a gun, as well as the store owner drawing her own gun and shooting the suspect.

Hamilton County Prosecutor Joe Deters said that the shooting was justified and he won’t be filing charges.

“As long as I’ve been prosecutor, I’ve said this repeatedly: If you go into a store with a gun and rob it, you forfeit the right not be shot,” Deters said, according to WLWT. “I’m sure it’s traumatic for her, but she did what she had to do.”

Deters also said that Douglas repeatedly stated that he was going to kill the unidentified Cincinnati store owner. Douglas had a loaded pistol, but had failed to chamber a round. So, when the store owner had a distinct advantage, even if she didn’t know it.

Cincinnati Store Owner Complied, But Then Fought Back

The video shows the store owner placing the money in the bag for robber. However, it doesn’t show what made her believe she could draw her gun. Maybe, he turned his back, providing an opportunity. Or perhaps she realized she might as well try since the guy kept saying he was going to kill her. In any case, she waited until the right moment to defend. She had no idea that he didn’t have a round in the chamber, so her compliance until the opportune moment was her best option. And it worked.

Additionally, this story give credence to the effectiveness of the .380 ACP with today’s ammunition. She hit the man twice, in the chest and the back, and he collapsed inside the store. Sure, the .380 might be considered a mouse gun, but good center of mass hits are more important than power.