When it comes to guns, safety must always be on the mind. In fact, poor handling of guns can get someone hurt or killed, and includes everything from muzzle control to drawing and even re-holstering. This is especially evident in video showing a range incident that included a negligent discharge. 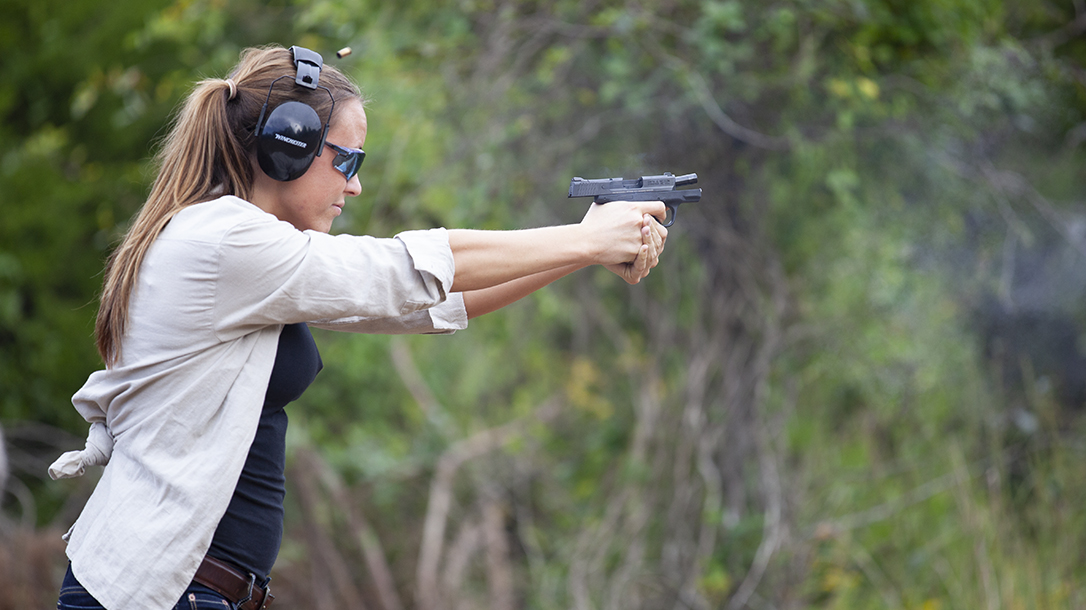 The incident happened at Uncle Rudy’s Indoor Shooting Range in Evansville, Ind., in October 2018. The range posted the video as a training tool because it shows the importance of always minding gun safety rules. In fact, the range claims that the man was an experienced shooter who simply got complacent at the end of his session.

The video shows the man trying to re-holster, supposedly after reloading with carry rounds. It also shows him fumbling to put the Bersa semi-auto into the holster. In fact, it looks as if he practically grabs the front of the barrel and slide at one point. Right around then is when the gun fired, sending a round through the holster, his leg and his shorts.

To the range’s credit, they conducted an investigation to determine what happened and came up with a pretty good theory about the cause of the negligent discharge. Then, the group put the video out to help others understand the importance of gun safety, specifically complacency.

This incident reveals numerous issues pertaining to safe gun handling. Most particularly it shows the importance of keeping the finger off the trigger until ready to shoot. This includes when re-holstering, which sadly happens way more often than it should. The gun shown in the video is a Bersa that includes a manual safety. However, since the gun fired, either the man didn’t engage the safety or it became disengaged as he fumbled with the gun. Either way it doesn’t matter, though. The man somehow put a finger into the trigger guard, which pressed the trigger as the gun slide into the holster.

The safety is a tool, just like the gun. The moment he realized he couldn’t get the gun into the holster, he should have repositioned the muzzle down range, instead of trying to force the gun into holster. He probably thought that it wasn’t a big deal, right up until a round went through his leg. This, of course, is the biggest safety lesson to be learned here. You can’t think you are being safe. You have to know you are being safe. There is no room for guessing when dealing with firearms.

The Rules of Safe Gun Handling

This guy needs to a refresher course on the rules of gun handling, particularly rule No. 3. 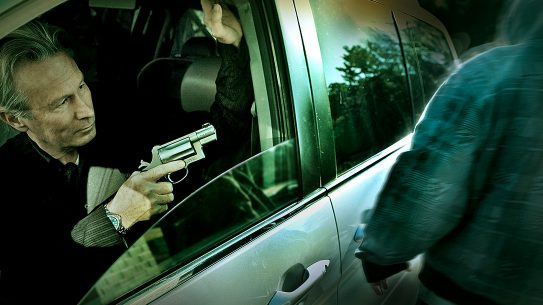 A driver in Charlotte, N.C., got a huge surprise when a man jumped on...