A Costa Rica store owner was able to keep fighting after being shot by an armed robber. He even managed to put multiple rounds into his attacker. 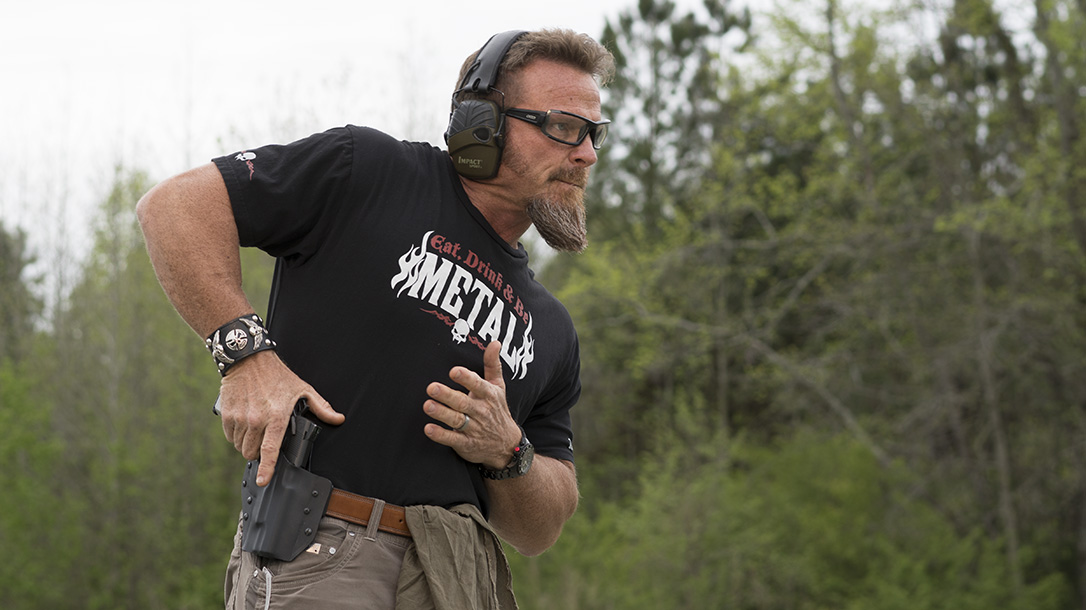 The incident began when an armed man walked into the store allegedly with the intent to rob it. He went behind the counter to get the money, but the owner pulled his own gun and started shooting. It quickly became a gunfight with the assailant hitting the owner as he fired on the run. The owner collapsed as the bad guy exited the scene. However, as he came back to finish what he started, the owner was able to continue firing. In fact, he fired multiple rounds and put the bad guy on the ground.

Personal Defense World originally reported that, “Unconfirmed reports state the owner survived, while the suspect did not. Again, those reports are unconfirmed.”

Now with this incident there is even less information than normal. What little is available comes from Live Leak. It claims that two robbers were involved, but the video shows one man wearing a motorcycle helmet. Other groups have also critiqued this video, but don’t really know much more. The details of those involved, however, matter less than the incident itself.

Gun owners can learn a lot from this incident, but the most important is often called emotional fitness or fortitude. Others might call it grit. This store owner took a round, it looks like in the stomach, which put him on the grounds. However, he still had the wherewithal to pick up his gun and fire when he realized his attacker was coming back.

We spend a lot of time discussing the importance of training. And training is absolutely crucial to obtain the skills needed to defend in any situation. However, it is just as important to have the mindset to push through anything to win a fight. A gunfight is life and death. And you have to be willing to do whatever it takes to win. This includes fighting through a potential injury. Had this Costa Rica store owner simply laid there in pain, he probably would have died. He, however, refused to go silently into the night. Instead, he protected his store, his customers and his life, and probably stopped a bad guy from ever doing something similar again.