New York has some of the strongest gun laws in the country. And New York City has laws even stronger than the state. So, its safe to assume that it is difficult to obtain guns in NYC. However, recent video of a Harlem teenager firing down a busy street begs to differ.

The incident happened in the Bronx on Feb. 22 around 2 p.m. The video of the incident even shows a young girl between the 16-year-old shooter and his intended victim. As the shots rang out, the girl takes off for a doorway to get out of the way.

Police arrested Edgar Garcia, 16, of East Harlem for the crime on March 1. Authorities claim Garcia is a member of the Mexican gang Los Vagos. They also claim Garcia was targeting members of rival gang Los Cholos.

The shooting shocked the neighborhood, especially the brazenness caught on video, which greatly helped police find the alleged shooter. However, what truly got the area upset is that was that Garcia was back at home on March 2. Prosecutors charged Garcia as an adult on charges of attempted murder, attempted assault, reckless endangerment, weapons possession and harassment. The judge ordered him held on $25,000 bond or $10,000 cash, which he made shortly later. Prosecutors asked for $100,000, according to the New York Post. How the events unfolded obviously upset area residents.

How Did Harlem Teenager Get a Gun?

The news stories covering this incident discuss how brazen and dangerous it was. They also mention how quickly the suspect go out. However, none say a word about how a 16-year-old boy obtained the gun used in the crime. Federal law prevents him from legally buying it, and New York law makes it illegal for him to possess it. So why isn’t this more prominent in the stories? 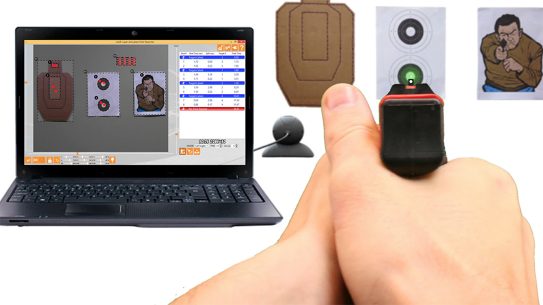 When shooters can't get to the range, dry-fire training provides an option to polish...