For many, spring break is a rite of passage, especially heading down to the Sunshine State for fun in the sun. However, some Indiana spring breakers had to fend off an armed robber while trying to pump gas a few miles outside of Fort Lauderdale. 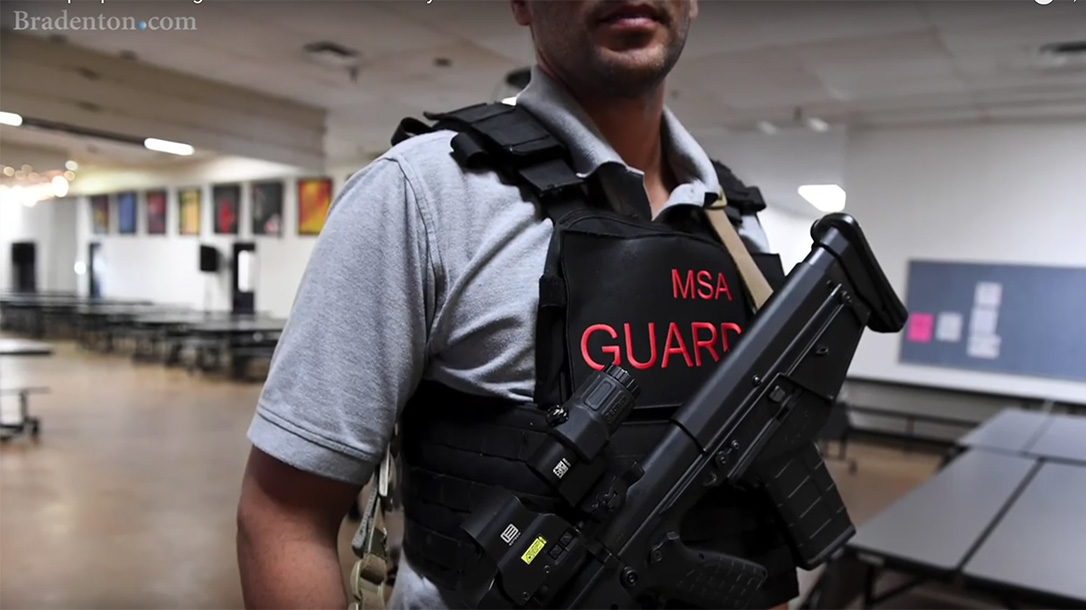 The incident happened around 3.45 a.m., on Monday, according to WPLG. The four friends were getting gas at Mobil station on Oakland Park Boulevard. Then, video surveillance shows a man getting out of another vehicle with a gun. He runs over, flashes the gun and allegedly demands money from the group. However, they weren’t in the mood to comply. Instead, they immediately started fighting back, and quickly gained the upper hand.

In fact, as the group was pretty much wailing on the suspect, another suspect came over and started pushing the Indiana spring breakers off of his friend. This didn’t stop one from prying the gun away and turning the tables on the robbers. However, even after the victims had the gun, video shows the suspects still engaging the victims verbally; one of the victims was even on the phone, probably reporting the incident to the police. Eventually, though, the suspects climbed into their car and drove away. Police later arrested the one they believe was the driver, identifying him as Kevin Campbell. He faces multiple charges, including armed robbery and resisting an officer. Police have not identified or arrested the other suspect in the incident.

While this incident absolutely worked out for the victims, they got really lucky. In most cases, the only way to defeat a gun is with a gun. In fact, many experts, including most police, would recommend complying in these types of situations. They say money is not worth a life. However, few would blame these guys from standing up against evil. During the incident the Indiana men performed more than admirably, but they did make one mistake.

To start, the group showed emotional fitness by immediately fighting back. They also committed completely, which is very important in a fight. If you’re not willing to commit to the situation, you should really comply, as you’re probably not going to win. However, it would have been prudent to use situational awareness to realize an armed man was heading their way.

The group also worked well together as a group and concentrated on obtaining the gun. One of victims can be seen quickly trying to get his hands on the gun, and he eventually came up with it. This is a time when triggers can get depressed, unintentionally firing rounds, but it worked out. And the victim then used the gun to let the robbers know the attack was over. 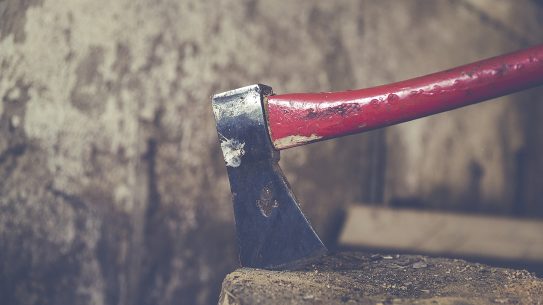 A Utah resident woke up to discover an axe wielding suspect in his front...