0
SHARES
440
VIEWS
Share on FacebookShare on Twitter
Many of us are wrapped up in the notion that speed is everything. Speed is a byproduct of working the fundamentals with absolute meaning. With any skillset requiring a tempo — beats per minute or revolutions per second — we do not get faster by working fast. Any professional performer in any skillset works in deep practice mode with purpose until the tempo at which he is training is perfected. Then and only then will he work or train up to the next level. Regardless of whether you’re playing the cello or drums, doing origami or refining a martial arts move, perfection requires keen intellect, introspection and objective self-criticism. And gunfighting is no different. 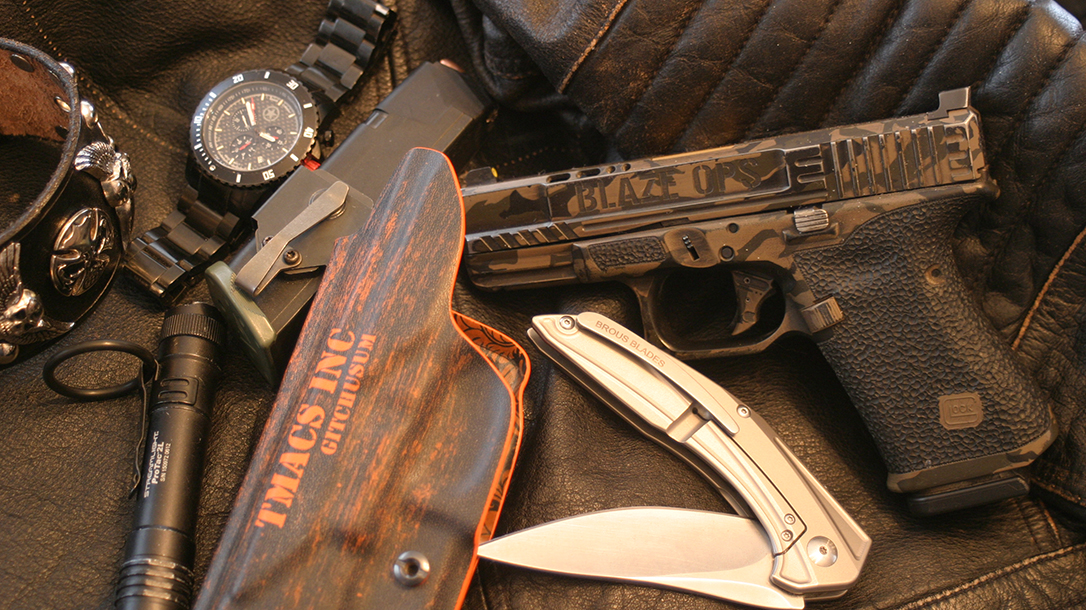 Pat McNamara: You Need to Get Serious About Your Everyday Carry

Proper shot placement doesn’t just matter — it’s crucial! Whether we’re in a tactical gun-carrying business or carrying for protection, we’re not in the indiscriminate fire business. The shot has to be there. We must be able to fire with impunity.

Plateaus in training suck. One way to come off of the plateau is to shoot bullseye drills at a distance. We guys are notorious for practicing what we’re good at. It gives us warm fuzzy feelings. I’ve made mention of this in the past and have encouraged folks to include more bullseye training with both hands and just their strong hands on the range. In fact, it’s an expedient way to bridge the gap and sneak off that plateau.

I cannot overemphasize the importance of working on accuracy. Shooting bullseye drills allows us to slow down and perform the perfect repetition. It also allows us to be introspective and exercise some constructive criticism.

Going The Distance With Bullseye Drills

A martial artist doesn’t train for what is most likely to happen based on past events; nor would a professional athlete. However, there are naysayers when it comes to bullseye shooting. These are the same guys who will state that most gunfights happen within 15 feet, so let’s do the bulk of our work there. They will also state that you won’t use your sights in a gunfight, so let’s shoot instinctively. This cracks me up, because the other thing that these guys are generally known for is shooting inaccurately.

Another point that’s been made to challenge the importance of placing one shot on top of the other is that there will be less damage to the body that way. “You will create more damage if the shots are dispersed or placed into the pelvis,” they’ll say. Ah, I get it. You suck! You’re jerking the trigger and hitting low. Besides, what’s the likelihood of placing a perfect group into the sternum of an adversary? Is he going to stand perfectly still while you’re engaging him?

Training should be comprehensive, systematic and progressive. We need to build some kind of empirical data. We can do that if we have a series of bullseye drills in our arsenal that we can periodically return to. Additionally, shooters can run these drills at varying distances, using both hands or strong hand only.

Don’t train for what’s most likely to happen based on statistics. Train for the worst-case scenario. A person who can score a 90 or better in a 10-round, slow-fire bullseye drill is more capable of hitting a target past the bullshit 15 feet than that guy who dumps mags at 3 meters. The pistol is accurate to 50 yards. So why not train to its potential?

Don’t be a nugget. Invest in some 25-yard bullseye targets or some B-8 bullseyes. My new targets by Defense Targets have B-8 bullseyes on one side and an IPSC targets on the other. Shooting accurately at distance for score will only make you better in your all-around shooting performance.