Firearms training is extremely important, especially for police officers. They must be able to take down dangerous suspects without hitting innocent civilians. There are a lot of ways to perform this type of training, but some folks take it to extreme levels, such as this Brazilian firearms instructor who runs back and forth in front of shooters during a live-fire session. 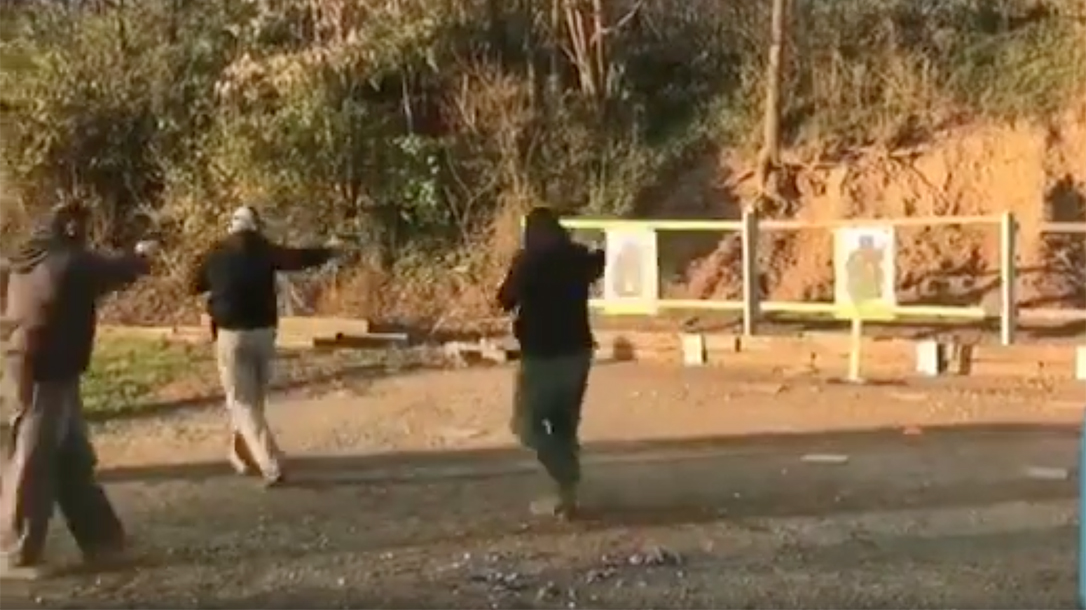 The video begins with the instructor in front of, but off to the side, of the firing line. The four shooters load up and he gives the order to fire. As the group starts putting rounds downrange, the instructor starts jogging between the shooters and the targets. In fact, he dodges back and forth randomly, seemingly with full confidence that none of the shooters will hit him with a round.

While the exact location of this training episode is unknown, the backs of two the shooters read Policia Civil, which stands for Civil Police in the state of Sau Paulo, Brazil. Perhaps these officers need the necessary skills to ensure they don’t get tunnel vision during an incident. They may also have a high enough skill level to give the instructor confidence. However, this is not standard training, particularly for concealed carriers. Those desiring gun training should research trainers to ensure a high level of standards. And they need to be prepared to walk away if the instructors don’t exhibit an extreme degree of safety regarding firearms.

Mike the Cop Goes Off on the Brazilian Firearms Instructor

Mike the Cop has become a bit of a Youtube sensation due to his interesting opinions regarding firearms, training and police interactions. His videos are typically funny and sarcastic with a good deal of truth. He is, in fact, an active law enforcement officer in the Detroit area. He also co-founded Humanizing the Badge, a group that works to forge stronger relationships between law enforcement officers and communities.

Mike calls this session one of the “coolest, ballsiest, stupidest, craziest tactical training sessions, I may have ever seen.” He gets no argument here.