A recently released video shows a Brazilian store clerk shooting an armed robber. He hits the suspect with a single shot, but quickly learned the importance of a proper grip. 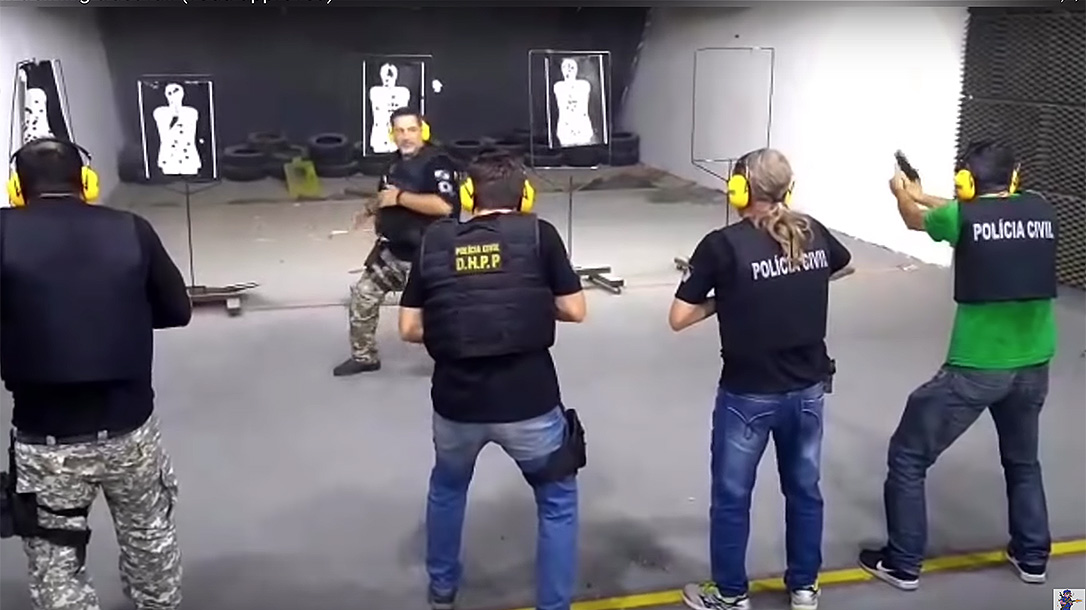 Very little is known about this incident despite being posted all over Youtube. In fact, outside of stating it happened in the southern Brazil city of Blumenau, and that the suspect had a history with police, most posts don’t even mention when it happened. However, one foreign website claims the robbery and shooting happened on April 21. It also states that the suspect did not die. Security footage shows a date of April 26.

The video comes from a surveillance camera situated to show the door, the counter and part of the actual store. When it begins, it shows a female customer talking to a clerk behind the counter while an older clerk stands back by some shelves. Then, a man walks in and immediately heads to the elder clerk while pulling a gun. While the customer flees, the pair begin struggling.

At the same time, the clerk behind the counter quietly grabs a gun, aims and fires one shot. He hits the suspect, who goes down. The elder clerk grabs the robber’s gun and points it at the suspect, while the counter clerk continues to keep his trained at the suspect as well. That’s when the elder clerk pulls a second gun from his waistband and the counter clerk dials the phone. Together, they handled the situation. However, this incident contains a great deal of lessons for shooters to learn, particularly when it comes to proper gun handling.

While the clerks came out on top, this video shows a great deal of problems in gun handling, including gun safety. To start, watch the counter clerk as he grips and aims the gun. He places his support hand thumb on top of his shooting hand. So, when the gun fires, the slide bits the meaty part of the hand between the thumb and first finger. However, despite the surprise and pain, he doesn’t let go of the gun. He needs to learn the proper grip to prevent this, but will probably never do that again.

Second, the counter clerk sweeps his fellow employee multiple times, exhibiting extremely poor gun safety skills. He is probably excited and scared, but it doesn’t excuse pointing a loaded pistol at something he didn’t want to destroy. Everyone who keeps a gun needs to learn the basics of gun safety. 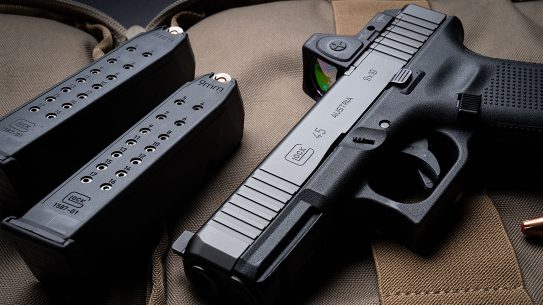 Glock 45 MOS: The Compact Crossover With a Modular Optic System

The Glock 45 MOS is a 9mm crossover pistol — full-size frame and compact...