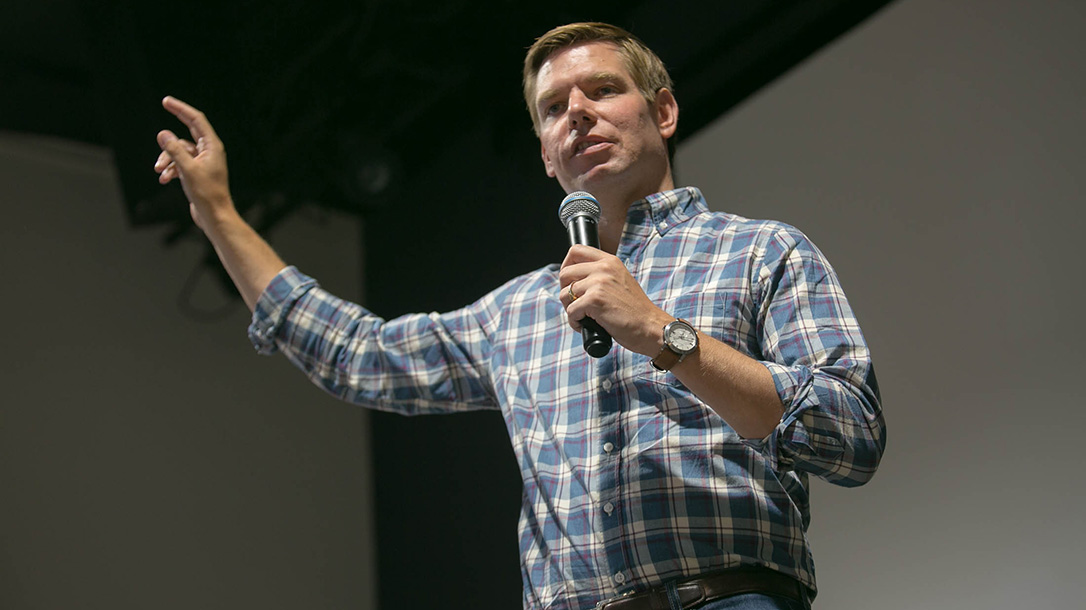 As Democratic hopefuls begin their presidential campaigns, a few are catering hard to their base, particularly in regards to firearms. Most of these candidates are calling for more gun control laws, saying they’re common sense. They have proposed universal background checks, limits on firearm purchases and a renewal of the assault rifle ban. California Rep. Eric Swalwell wants to take this further with both a ban and mandatory buyback program.

Last year, Swalwell penned an opinion piece for USA Today where he wrote, “… we should ban possession of military-style semiautomatic assault weapons, we should buy back such weapons from all who choose to abide by the law, and we should criminally prosecute any who choose to defy it by keeping their weapons.”

Swalwell seems to believe that only “hunting clubs” and “shooting ranges” should possess AR-15 and other semi-automatic rifles. Since then, presidential hopeful keeps doubling down on his gun control push. In fact, he recently Tweeted “No more negotiating down on gun safety. Mass shooting after mass shooting and Washington does nothing. Yet, Americans know what we should do. Be bold. Ban and buy back the assault weapons.”

Of course, Rep. Swalwell isn’t the only Democratic hopeful to push for more gun control. Kamala Harris pledged to give Congress 100 days to pass legislation before she will take executive action. She didn’t say anything during the town hall meeting about owning a gun for personal safety.

There are a lot of reasons why candidates pander to the base, but chanting controversial ideas often comes from a desire to become better known. His actually intentions are unknown, but Swalwell currently polls only at one percent; candidates must poll to at least two percent to be invited to the debates.

His plan to ban certain rifles and require gun owners to sell them to the government has some problems. The estimated costs of New Zealand’s buyback program could reach as high at $300 million. New Zealand gun owners only have an estimated 1.2 to 1.5 million firearms in total. American shooters, however, own around 340 million guns, with a large percentage being the semi-auto rifles Swalwell wants to ban and buy back. Many shooters consider the AR-15 to be America’s rifle and have more than just one. 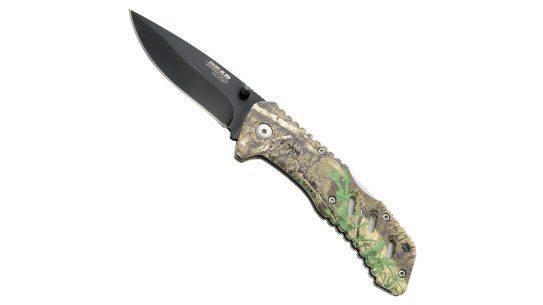 With a weight of only 4 ounces and an assisted-opening, drop-point blade, the Bear...