A former bounty hunter in Las Vegas was inside his home when an alleged package thief casually walked up to the door. The homeowner confronted the man, who immediately took off running with the bounty hunter in tow. And the entire incident was caught on video. 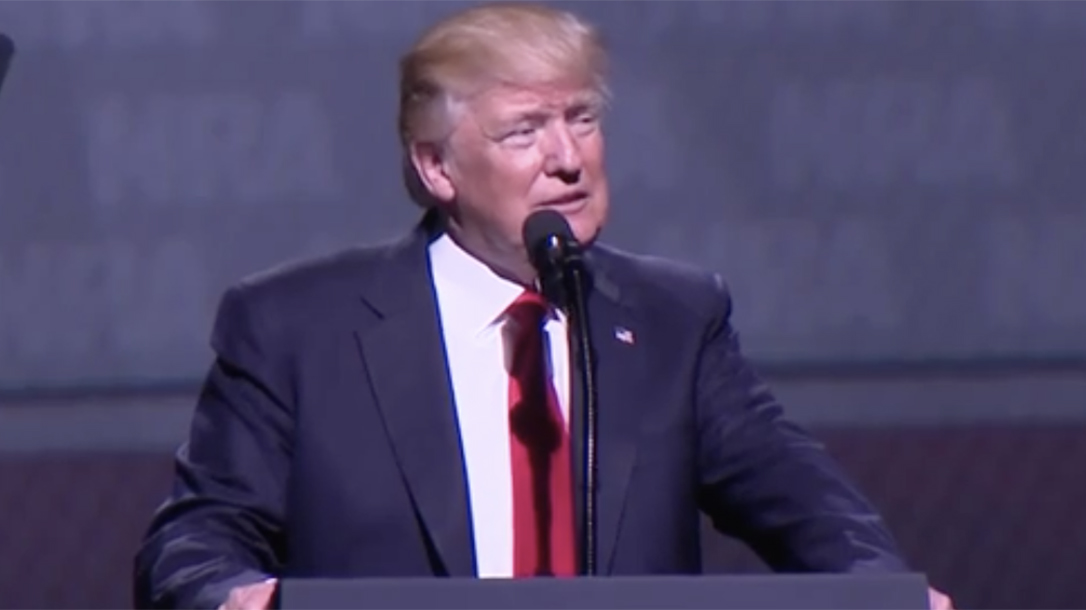 This incident actually happened a couple of weeks ago, but it still provides lessons for home-defense advocates.

Video surveillance shows a SUV stopping in front of a home in the gated Centennial Hills community. Then, a man gets out and strolls toward the front door. However, the homeowner, Alex Mazzola, told Las Vegas Now that he confronted the man and asked, “You trying to steal something?” The suspect yelled “No” before fleeing down the driveway and out into the street. Mazzola took off in pursuit.

The video shows Mazzola chasing the suspect before realizing that another suspect was sitting in the SUV. Mazzola pointed his gun and told the suspect to get out of the vehicle. However, the driver had different plans. He put the SUV in reverse and took off. In the meantime, neighbors called police, who showed up and found the SUV with Mazzola’s help. The SUV ended up being stolen and even had packages inside stolen from Henderson. The suspects had abandoned the SUV. However, they found the suspects a little over an hour later. They ended up arresting Jarrod Moore and Ulisses Rebollar on various charges, including attempted burglary and possession of a stolen vehicle.

The former bounty hunter helped police track down the suspects. He admits, though, most people shouldn’t act in this manner, as he has received training most folks haven’t. However, he also needs to remember that stealing from a porch doesn’t reach the criteria for the use of deadly force.

Stealing is wrong and against the law, but at no point was his live in danger. Most wouldn’t reprimand Mazzola for having his gun as he chased the suspects. But, it is good that he didn’t fire. At no point were the suspects aggressive or threatening. This is something that gun owners need to remember. Thievery does not rise to the level of deadly force; a person must be in fear of harm to be legal to pull a trigger. People really need to keep that in mind during a confrontation.