by Personal Defense World
in Concealed Carry, Lifestyle, News, Videos
0
0
SHARES
0
VIEWS
Share on FacebookShare on Twitter
An Illinois gun owner was sitting in his car last Monday night when a man got in the passenger seat and started trying to steal his possessions. The gun owner drew his concealed-carry gun and sent the guy packing. 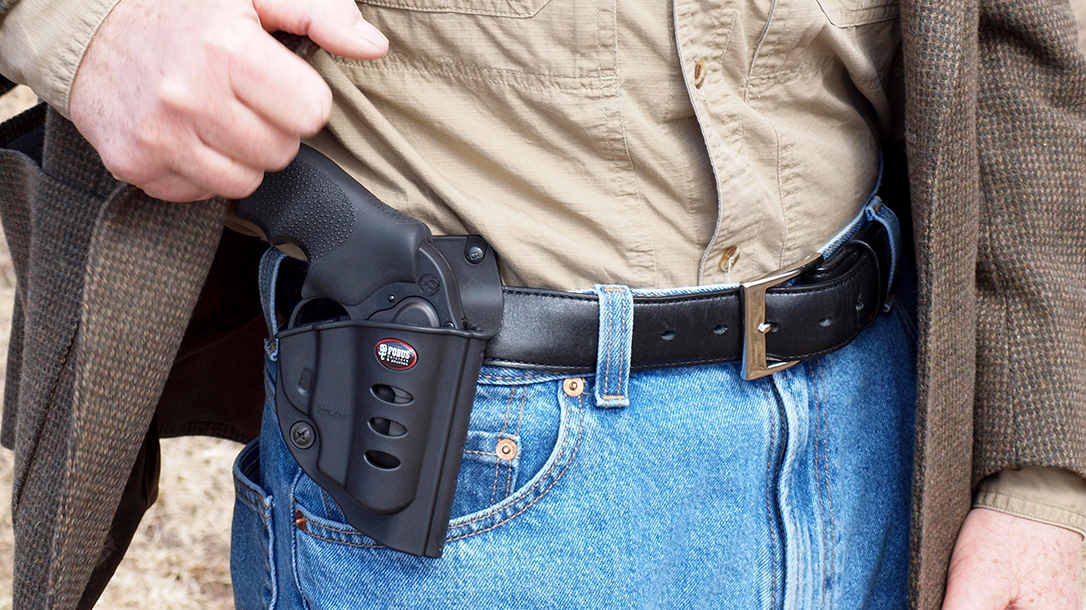 The incident happened in Rockford, according to WIFR, around 11:30 p.m. Supposedly, the suspect, identified as Otis Childress, just entered a car that another man was sitting in and starting rambling through his stuff. The reports don’t say whether Childress noticed the owner sitting there or not. It does say that he left empty handed after the owner of the car pulled a gun and ordered him to leave.

The Illinois gun owner reported the incident to police, who found Childress in the area. Police also discovered drug paraphernalia on his person. So, Childress also faces drug charges in addition to burglary charges. The reports do not say whether Childress was on drugs during the incident.

Many may not realize it, but the Illinois man made one of the most difficult draws. Drawing in car is extremely difficult, as the quarters are cramped and seat belts can prevent access.

In fact, strong-side, which most experts recommend is one of the worst positions inside a vehicle, regardless of which hand is used. The reason for this is simply how the arm has to bend to get the gun out of the holster. Now it can be done, but shooters need to practice these motions to determine the best way to get the gun into play.

However, some shooters come up with other ways to carry in a car, and simply swap it up when they get in. Crossdraw is popular for this, as is ankle carry. Other mount a holster in good location and transition between the two as they get in and out.

Shooters also need to remember that even though they’re sitting in a seat, they don’t have to stay in that position. Shooters can use the door and floorboard can to push back and provide more room. Chris Cerino shows both the benefits and how to properly do this in the video below. This might be difficult to practice, but doing so could truly help in this type of situation.