Awareness is one of the most important factors of self defense. In fact, situational awareness can help folks completely avoid potential situations. It also helps one know when to draw, as in the case of this Puerto Rican gas station shootout. The security guard involved exchanged fire with multiple armed suspects, and still sent them fleeing. 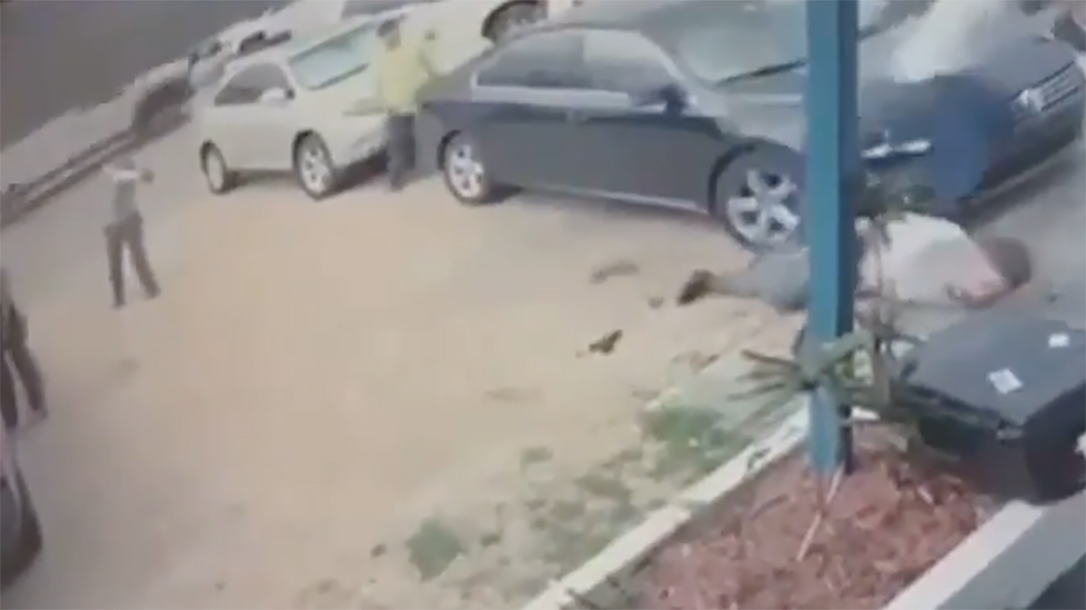 Now this incident happened a while ago, according to El Vocero. However, the lesson are timeless. Pay attention to what is happening around you to prevent being caught unaware and possible becoming a victim.

The report states that at around 4 a.m., several armed people drove up to a Puerto Rican gas station in a blue Hyundai Tucson. Several assailants piled out of the SUV and tried to get into the store. The guard, however, pulled a pistol and confronted the suspects. They exchanged gunfight for several seconds before the suspects fled the scene.

The video shows the SUV driving off, as well as one suspect running away before falling to the ground. The runner gets away, but looks like the guard hit him with one of his shots.

Lessons From the Guard

Shooters can learn a lot from this video. In fact, John Correia does an excellent job explaining a few points, including the importance of always have your gun on your person. Like most experts, he recommends carrying everywhere it is legal to do so.

He also goes over transitional spaces and being ready to fight at all times. Now, transitional spaces are locations that allow attackers the element of surprise. This includes gas stations and convenience stores, as they are designed to get people in and out quickly. This also includes parking lots and many other locations.

While the guard was looking at his phone, he was also paying attention to what was happening outside the store. He quickly realized this was an attack and drew his gun. His situational awareness allowed him to eliminate the attackers’ element of surprise. However, he didn’t drop the phone, which would have allowed him to use a two-handed grip to repeal the invaders.

The guard does use movement and concealment to his advantage, which is very important in a gunfight. He also remembered to reload, but he probably needs to work on reloading speed. Regardless, this Puerto Rico guard did his job well; he protected himself, his store and his fellow employees. 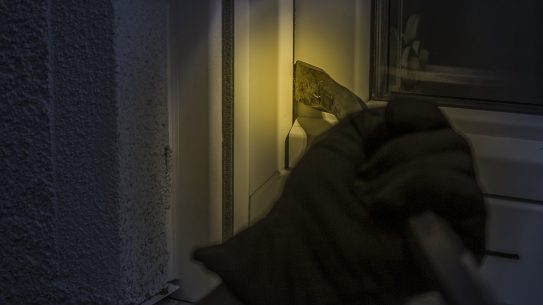 A San Antonio husband and wife had to fight off a home intruder; the...