1
SHARES
556
VIEWS
Share on FacebookShare on Twitter
There are a lot of guns available to shooters. However, gun owners are very loyal, and just love to debate the benefits of different guns, both styles and manufacturers. So, we decided to enter the debate with a new series called “Which Gun Would You Rather Have?” We figured we’d start with arguably the biggest debate in the firearms world: Glock vs SIG. We decided to get a little more granular than that and pit two of the most popular striker-fired pistols up against each other: the SIG P320 vs Glock 19. 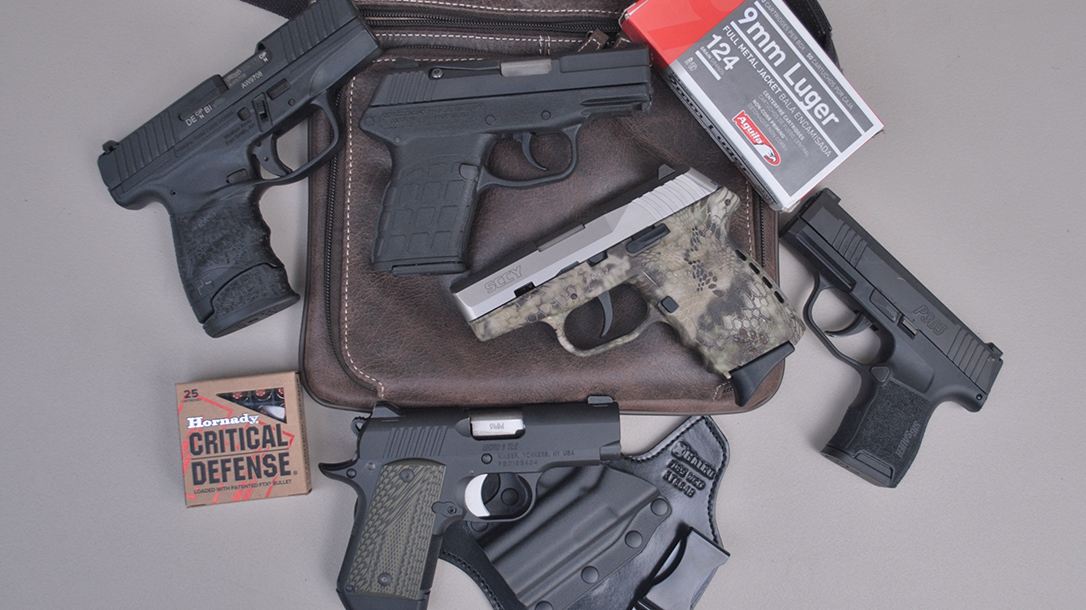 Regarding the SIG P320, the U.S. Army recently chose a variation of it as its service pistol, designating it the M17; then every other military branch followed in suit. It comes in a variety of models, including a compact version designed specifically for concealed carry. SIG also released a civilian-variant model, which very much lives up to the hype.

Glock has long ruled the police market. In fact, more police agencies issue Glocks in various calibers than any other pistol. A lot of gun owners prefer Glock pistols because of this, along with their reputation for reliability. It doesn’t hurt that some movies have touted the ability of this pistol that revolutionized the industry. The Glock 19 is top of the crop when it comes to popularity.

Both of our competitors are striker-fired pistols chambered in 9mm, which is one of the most popular self-defense rounds. They also both come with accessory rails for attaching lights and lasers. The SIG P320 Compact has very similar dimensions as the Glock 19. The overall length of both is right at 7 inches, while the width of each also match closely, with the Glock measuring 1.26 inches compared to 1.3 inches of the SIG. The Glock 19 weighs a little bit more, but it also has a slightly longer barrel and slide.

However, despite their similarities, gun owners have strong feelings toward which they prefer. And those debates get heated, so we figured we’d leave it up to you. When it comes to the SIG P320 vs Glock 19, which gun would you rather have? Vote below.