When Brazilian President Jair Bolsonaro ran for office, one campaign promise included easing the country’s strict gun laws. He has, in fact, already signed two executive orders reducing gun restrictions. One eliminated having to proof justification for a gun purchase. Now there is no way of knowing if that is how this Brazilian couple got there guns, but they still shocked the robber who rode up on a motorcycle. 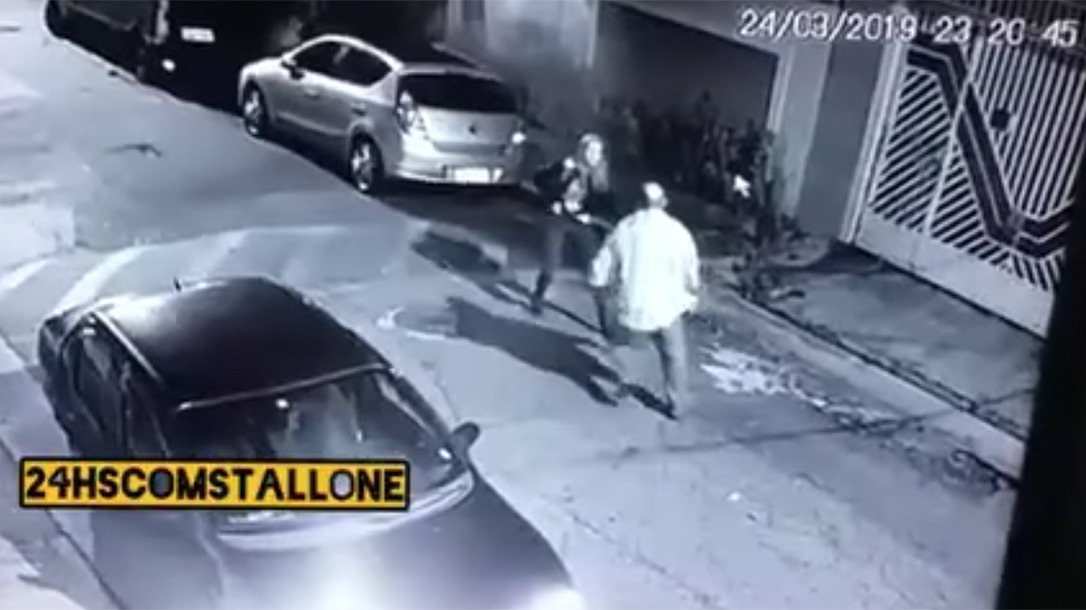 Video surveillance caught the entire incident, which happened in Sau Luis, according to ma-mais.com. A man and a woman was casually having a drink on the sidewalk when two men rode up on a motorcycle. Then, the one on back jumped off and charged the couple with a gun. The couple wasn’t having it, though, and quickly reacted to fight back.

The man jumped up and tried to pull his own gun. That’s when the robber moved closer and the pair started struggling. In the meantime, the woman got out of the way by backpedaling, while drawing her own gun. When the helmeted robber realized that both victims were armed, he took off running, pushed along with a shot from the male victim. Not wanting to be left out, the female defender goes after him with her gun in a low-ready position.

Now the male defender quickly decided to fight back. This is good, because if you’re going to act, you must do it quickly. This might not have been the best decision since the robber had his gun out and aimed, but he could have been trying to buy time for his partner to act. However, the male defender really fumbled the draw, giving the attacker time to close the distance. They each grabbed the other’s gun hand and continued to fight.

This allowed the female defender time to obtain distance and draw her gun. She also obtained good tactical positioning; she moved forward and back as needed for the situation. In fact, she performed as if she had received a decent amount of training.

In any case, changes are coming to Brazil with the relaxing of the nation’s gun laws. Only time will tell if it will make a difference in the violent crime rate, but more guns in the hands of good people can’t be a bad thing. 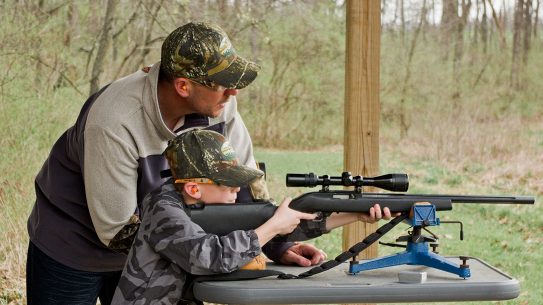 For more than a decade, the NSSF has been working to pass the Target...