88
SHARES
185
VIEWS
Share on FacebookShare on Twitter
Over the last few decades, most compact revolvers have been reduced in size and lost one round of capacity. So, most concealed-carry revolvers hold only five rounds, but are easier to carry and conceal for most folks. Originally, though, most snub-nosed revolvers contained six rounds of ammunition, just like the Colt King Cobra Carry. 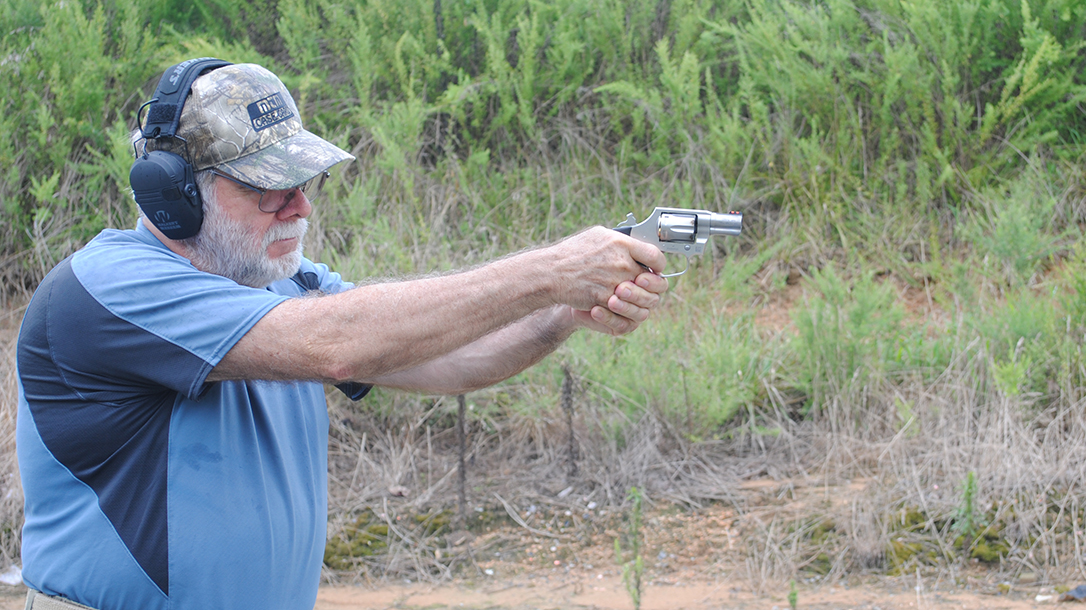 Testing and Scoring the Colt Cobra Revolver Across 7 Categories

A few years ago, Colt jumped back into the revolver market with the Colt Cobra in .38 Special. Then, the company brought out the King Cobra. With this latest revolver, Colt has created a smaller version still chambered in the powerful and popular .357 Magnum.

This new Colt features a 2-inch barrel on its stainless-steel frame. It also comes with a bobbed hammer, making it a double-action-only revolver. This reduction of metal brings the weight down to 26 ounces unloaded, which is just a few ounces more than most five-shot revolvers. This gun even accepts Colt Detective Special pattern speedloaders, and it comes with a replaceable brass front bead sight.

However, one of the most interesting features is that Colt used a leaf spring trigger design rather than a coil spring design. The leaf spring helps eliminate stacking during the trigger pull, which gives the gun an excellent trigger even in double-action-only.

When Colt decided to get back into the revolver game, the company did it right; it didn’t just come out with another five-shot snub nose. It took a look at the market and brought out a revolver with the quality that originally made Colt one of the biggest names in the industry. And then they kept doing it with later models of the snakes.