Events happen fast on the street, with attackers using every means available to obtain the element of surprise. This includes concealment, as well as folks natural inclination to look away from tough individuals. Criminals also like to attack in groups, which is why shooters need to train for engaging multiple targets. 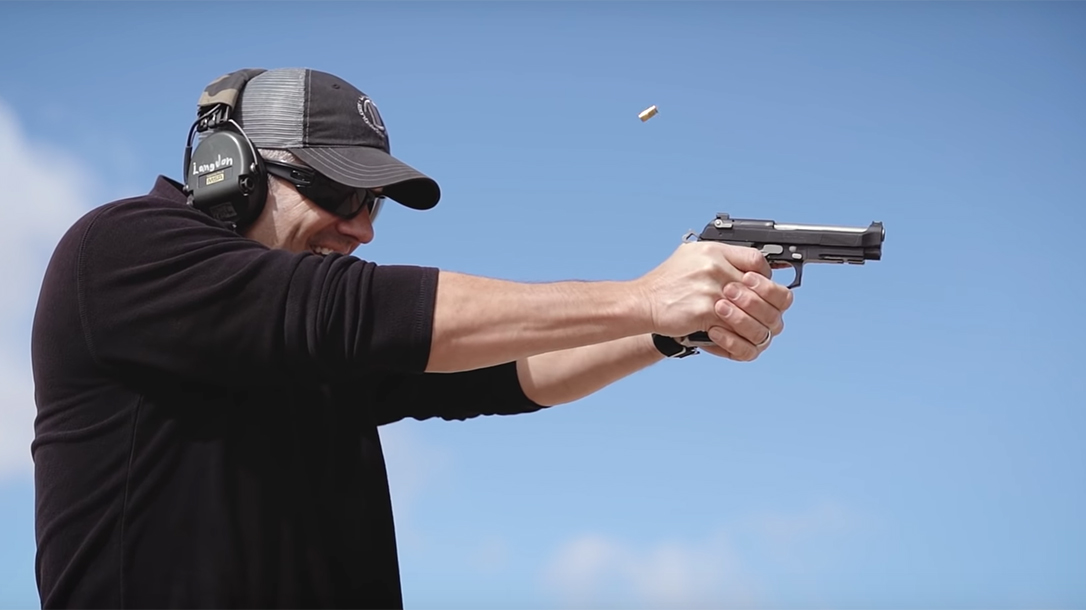 Stopping multiple targets requires numerous skills coming together. However, this covers much more than just shooting skills. Shooters need to understand how to prioritize threats, transition targets and move toward an advantage. Fights aren’t static events where defenders stand, aim and take down targets one after another. The moment a gun enters a scene, the shooter should be firing or moving. In fact, in most situations, shooters must be able to perform both actions at the same time.

Of course, long before these skills are needed on the street, shooters need to learn the basics. This includes learning how to transition the eyes and the gun, as well as pivot the body. Performed properly, these skills allow shooters to move quickly and smoothly from one target to the next.

However, the most important skill for these types of situations is prioritizing threats. This basically means that shooters should fire at the greatest threat first. The greatest threat might be the closest, or might be the leader, with the concept that once the leader drops, the followers will flee. This, of course, can’t be determined until the situation happens, which is why defenders need to constantly gauge potential opposition. This will help in a multiple attacker situation.

In the Beretta “Win the Fight” training series, Ernest Langdon of Langdon Tactical explains the motions required for multiple targets. According to Langdon, there are two basic factors involved with multiple targets. The first is physical. Shooters need to perform the motion of going between targets with the legs. The hips and upper body must stay in the shooting position, while pivoting with the lower body. This keeps the shooter facing the target at all times.

The second, and more important, factor involves the eyes. The eyes contain the fastest muscles in the body. Because of this, the eyes should move from target to target as threats are eliminated.

“Once that sight lifts off the last target we engage, our eyes need to move quickly as possible to the next target we want to engage as the gun follows,” Langdon said.

This is good advice, and leads right into the importance of prioritizing the targets. Shooters should perform training at the range as if in a real situation, and then train to win the fight.