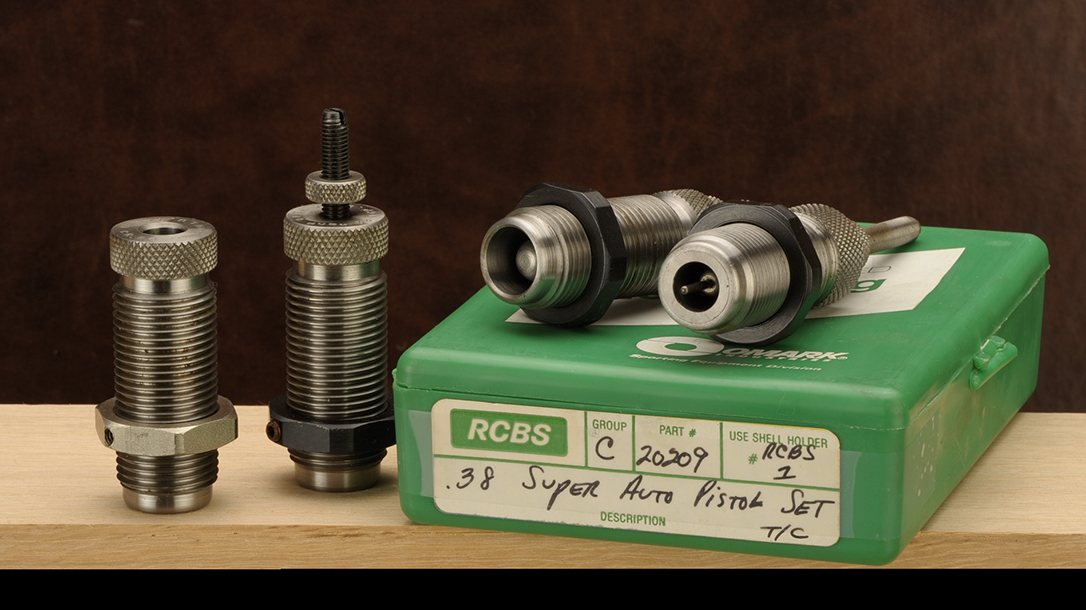 1 of 3
Photo by Stan Trzoniec
38 Super Die Set
The author uses this full die set from RCBS to load his own .38 Super rounds. The die on the far left is for taper crimping the case—a necessity for any semi-auto handgun load. 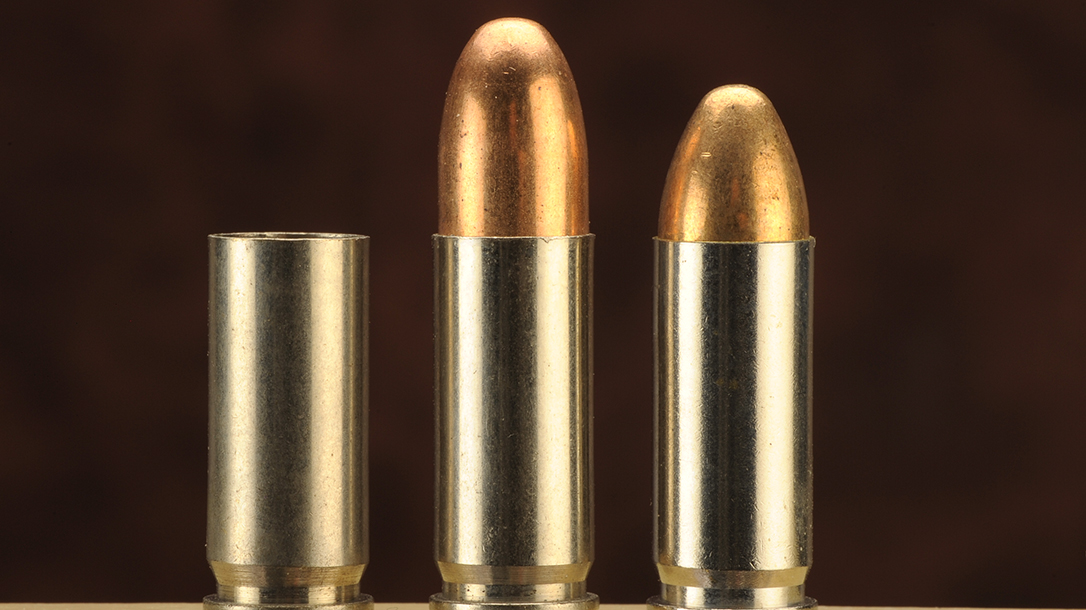 2 of 3
Photo by Stan Trzoniec
Seating Bullets
Make sure your bullets are fully seated and taper crimped (far right). 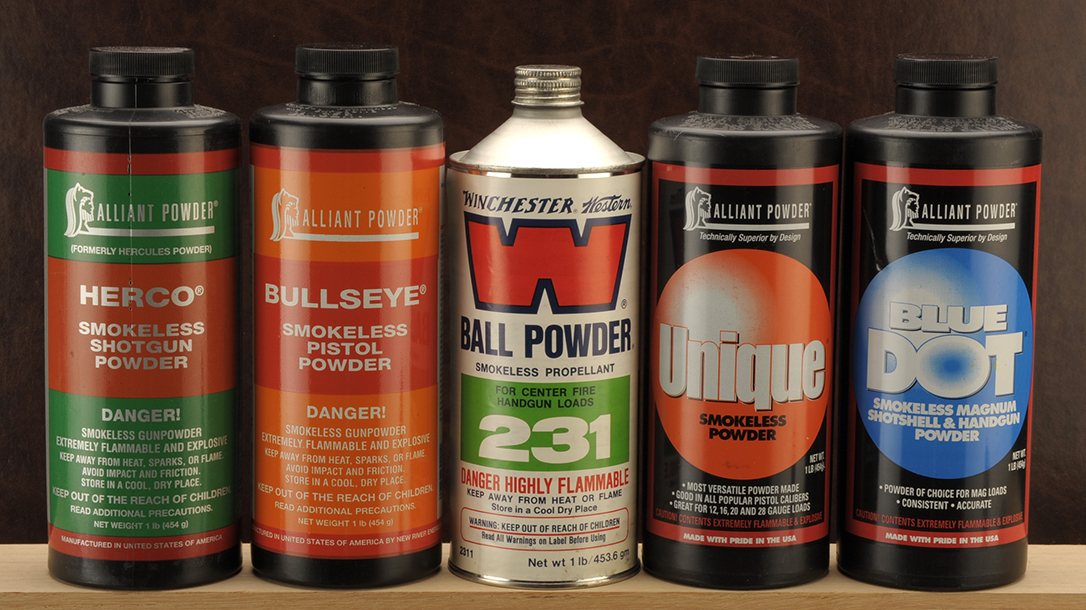 3 of 3
Photo by Stan Trzoniec
Quick Burning Powders
For the best possible performance, you’ll want to use faster-burning propellants like these for your .38 Super handloads. 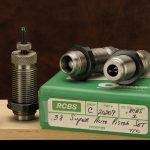 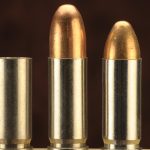 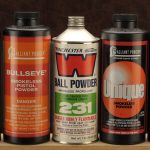 As a handgunner, I’ve been shooting the .38 Super since I purchased a Colt 1911 chambered for it in 1981. As a handloader, I started customizing loads for the gun only four months later in August of the same year. Since that time, the .38 Super has always been a favorite of mine, both in the field and on the range. 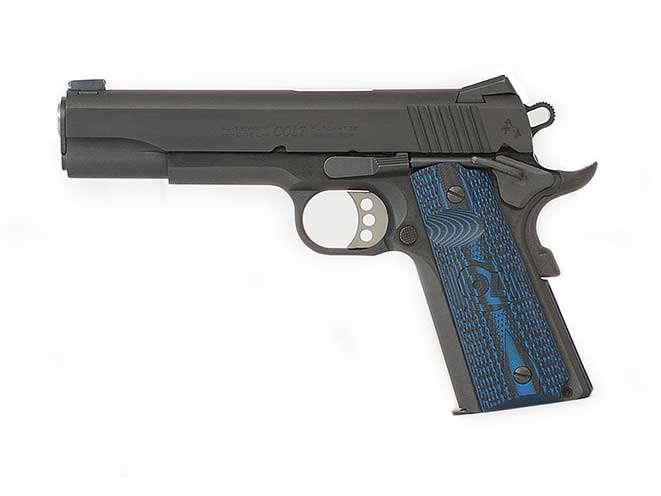 Today, the .38 Super has a strong following in guns from a wide range of premium manufacturers. The cartridge itself has quite an interesting history that can be traced back to 1900, when John Moses Browning designed the first .38 ACP cartridge for early Colt pistols. Launching a 130-grain bullet at a then-unheard- of 1,040 fps, some of the major players at the time, such as Star, Llama and Webley & Scott, joined the cause and incorporated this new cartridge into their handguns. At the end of the 1920s, it was improved to the point where it became the .38 Super. Colt took notice and chambered its Super Automatic pistol for it.

Around 1935, the .357 Magnum was introduced to the shooting public, and with that, the .38 Super lost some of its luster. In those days, the .38 Super had less-than-acceptable accuracy simply because its semi-rimmed case headspaced on the rim. Later, when IPSC competitions sprang up all around the country and accuracy was becoming a big factor in winning, gunsmiths took note and began fixing the problem by having the cartridge headspace on the case mouth. Major manufacturers followed suit, and this became a standard in the industry.

A Few Basics on 38 Super Ammo

Handloading .38 Super rounds offers more of a challenge than the more commonplace .38 Special, .357 Magnum or even the .45 Colt. With these cartridges, just the effort of loading and crimping seems to set the tone for flawless ammunition, while on cartridges like the .38 Super, a few more details help to fill out the loading menu. With the 9mm, .38 Super or .45 ACP, I look for and need 100-percent reliability. To me, that is my measure of success.

For those just starting out with the .38 Super, the first order of business is new, unfired brass. After that, I found .38 Super brass to have a long life, surviving repeated shootings. Checking the catalogs, I found Remington, Winchester, Hornady and Starline offer .38 Super brass for handloading. In any event, box stores sell brass in quantities of 100 per bag (Hornady only sells packages of 200) with prices that range from $22 to $25 per hundred ($0.22 to $0.25 each). Hornady’s Competition brass will cost you almost $0.32 each. I’ve seen once-fired brass at local gun shows, but unless you’re strapped for cash, I would go with the brand-new stuff, as you really don’t know what’s at the bottom of that “gently used” bag.

Assuming you have all the necessary reloading equipment (press, trimmer, powder measure, etc.), a good set of premium dies is next on the list. All of the heavy hitters out there, like Hornady, Redding and Lyman, make dies for the .38 Super. RCBS was my choice. Along with that, in my stash of handgun die sets I have a taper crimp die for the 9mm. Since taper crimping is the way to go in our quest for perfect-functioning ammunition, the 9mm taper crimping die fits both the 9mm and .38 Super cartridge when run up and into the die.

After a few cases are sized, check the outer and inner dimensions to confirm that the bullet will fit with just a little bit of friction as it enters the case. On my die set, after sizing, the overall length of the case was 0.9 inches; the inner dimension measured 0.352 inches, which is perfect for a bullet dimension of 0.355 inches.

Belling, or flaring, the case mouth is next. However, this can be done in conjunction with priming in one operation while the case is in the shell holder. Belling is an important part of the .38 Super reloading process and should be adhered to carefully.

First, place the sized case in the shell holder. Then, raise the ram to its upper limit and leave it there. Then, screw in the second die until contact is made with the case mouth. Now lower the ram and screw in the die a little more, checking every time to make sure the flare has started, but not to the point where it’s excessive. All you want to do here is make sure the bullet will just enter the top of the case and no more. A sure way to find out if the flare is working is to run the case through your fingers, feeling the outward expansion at the case mouth. When the flare is just right, the bullet should sit squarely on top of the case mouth, ready to be pushed down into the case after priming and powder charging are complete.

At this point, lock the die down. The .38 Super uses regular small-pistol primers for good performance. When I load the .38 Super, I flare the case on the upstroke of the ram; on the downstroke, I prime each case by simply pushing in on the primer arm to seat the primer. While it might sound a little complicated, once you get a cadence going, it will surprise you how many you can do in a matter of minutes. But keep in mind that slow and steady wins the race here. Don’t be tempted to behave like you’re a reloading machine; you may wind up with primers that are inserted wrong. 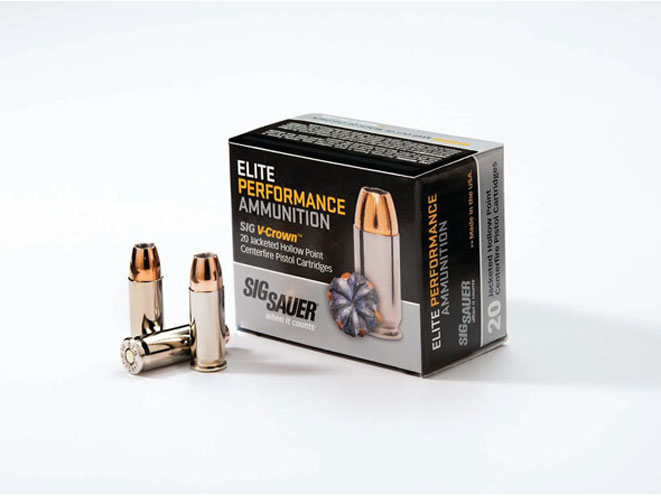 Once you have a pile of flared and primed cases, bullet selection is next. With the same bullet diameter as the 9mm (0.355 inches), there is no shortage of bullets. Presently, several bullet types are available, including hollow points and FMJs, ranging in weight from 90 to 147 grains. For my use, round-nose and hollow-point bullets fit the bill, and once I get onto a combination of bullet, primer and powder, I stick to it.

Powders are another part of the .38 Super equation, and here, like most automatics, err towards faster-burning products. Right now, I’m happy with the popular names. This includes Winchester’s famed 231, Unique, Herco, Blue Dot and some loads that include a trusted favorite: Bullseye. Remember, though, semi-automatics depend on a quick-burning propellant to function the gun in a snappy manner. This ejects the spent case and reloads the gun in an effort to meet our goal of perfect performance. However, the .38 Super responds to a wide range of powders under a broad variety of bullet weights and shooting conditions.

Keep in mind that as you load the .38 Super, the case is somewhat smaller than the more popular .38 Special or .357 Magnum. So, stay alert for double charges. For lighter-weight bullets in the 90- to 100-grain class, seat the bullets from 1.18 inches to 1.21 inches. This, of course, depends upon the manufacturer’s recommendations. Also, taper crimp every case as you move along. Remember that this is a taper crimp, not a roll crimp; it’s set up for the proper functioning in semi-auto pistols. When done right with the bullet seated, if you hold the finished case up to the light, a clean, gradual taper will show at the top of the case where the bullet meets the case mouth.

Shooting the .38 Super is always a pleasure, not only for the mild recoil but also for its inherent accuracy. For those shooting enthusiasts who like more power than the 9mm and less of a bite than the .45 ACP, the .38 Super might just be the perfect compromise. 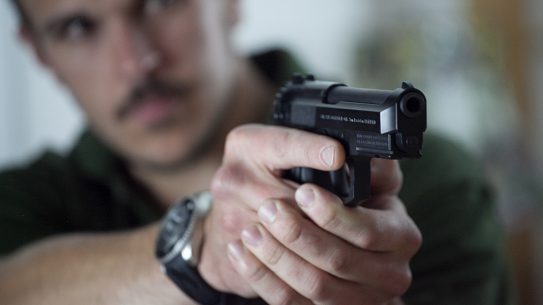 Going through the process to become a Chicago permit holder saved one man's life,...