Jerry Miculek is one of the world’s best shooters. He holds numerous world records, particularly those regarding speed shooting. Some call him the greatest shooter ever. However, he enjoys working with other shooters, even when they’re trying to break one of his own records. 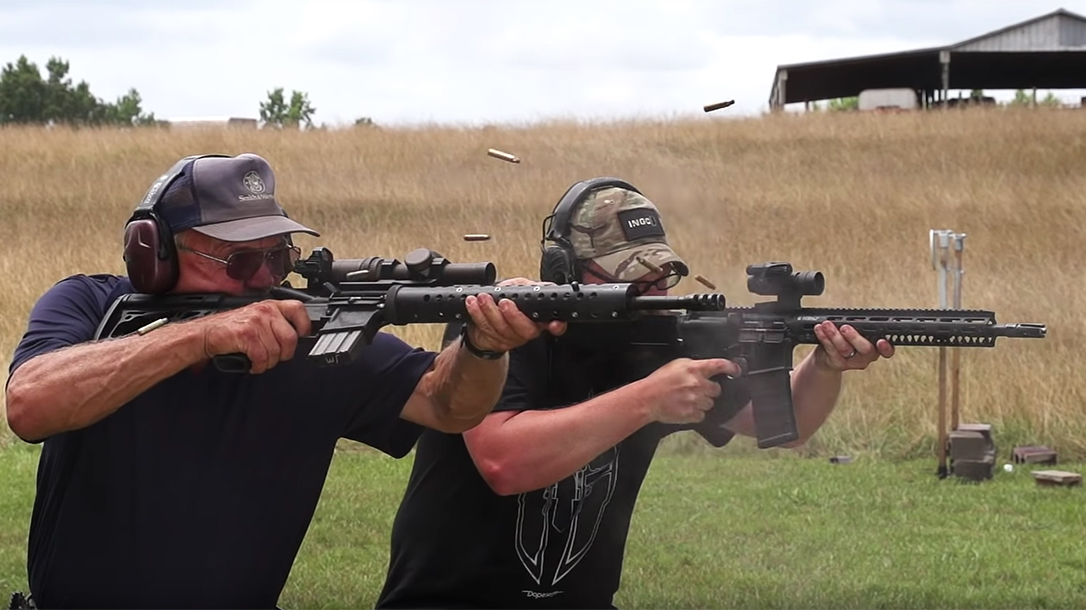 Scott with Kentucky Ballistics, an apparel company, recently travelled to Louisiana, where Miculek calls home, to get help from the master. Scott wants to break a record that involves a Smith & Wesson 500 Magnum revolver. Miculek set the record in 2013 by accurately firing five shots into a target in 1.14 seconds at 7 yards. Throughout the ordeal, Miculek rooted hard for the competition.

In the first three attempts, Scott pulled the trigger fast enough, but each time had one shot not hit the target. Jerry determined Scott was shooting low, so he advised him to raise the sights up to keep from shooting under the target. He also tells him to roll the trigger, not jab it. Jerry really seems to be enjoying himself.

On the fourth attempt, Scott fired five rounds from a .500 Magnum in under a second, putting all five rounds on target. In fact, he set a new world record of .99 seconds with the previous record holder running the timer.

After breaking Miculek’s record by .15 of a second, Scott decided to try it with heavier loads kicking out at an advertised 1,912 fps. In that attempt, Scott place five rounds on target in 1.08 seconds. So, while it took a few tries to get settled down, Scott broke Jerry’s record twice, once using high-powered loads.

While it is truly interesting to watch a new world record made, one of the best parts of this video is watching Jerry tear up a ballistic tree in a T-Rex suit with Scott’s gun. It’s hard to not like a man who can make fun of himself while helping another break one of his own world records. 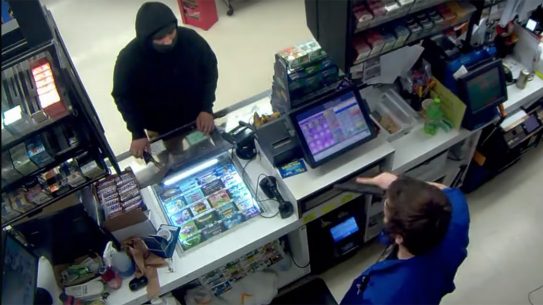 After an Oregon store clerk calmly and successfully de-escalated a robbery situation, the company...