Most know and understand the 90s movie line, “Stupid is as stupid does.” Still, it is something to see it in action. In this case, the subject went all out by checking to see if his laser was working by putting his hand in front of the pistol barrel of a loaded gun.

Sure, this video is a few years old. However, there is never a bad time to learn a gun safety lesson, at least if it is through someone else; this guy probably wishes this had never happened, much less caught on video. 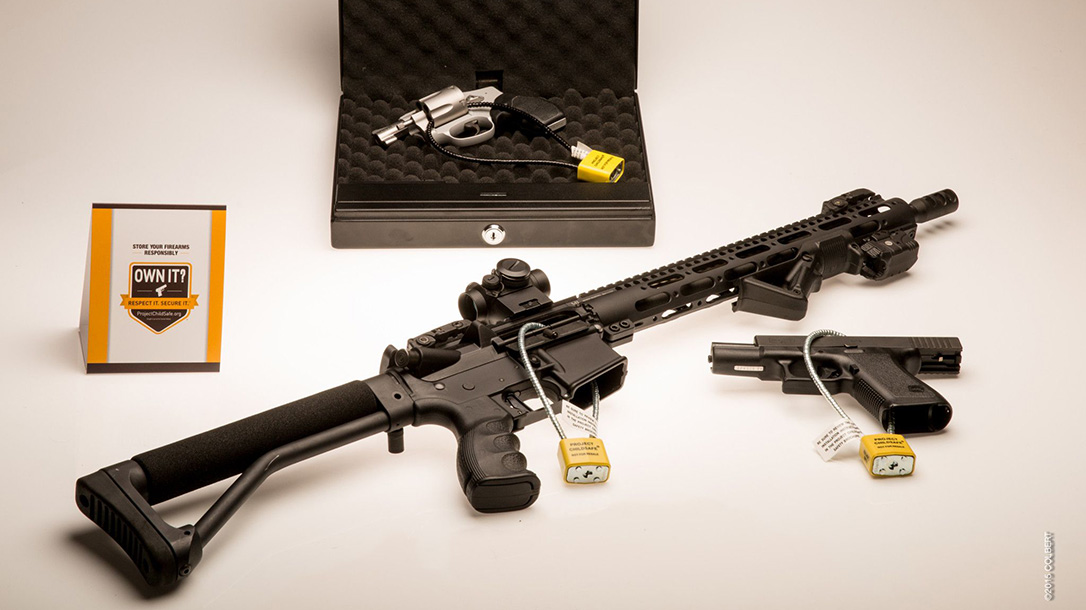 Never Put Your Hand Over a Pistol Barrel

In this incident, it is pretty obvious that the man was trying to figure out what was happening with the laser on his gun. He repeatedly raises the gun to the target before lowering it to break Gun Safety Rule No. 2. He, of course, also broke rule No. 3, or the gun wouldn’t have fired. More than anything else, this incident was caused by complacency. It is easy to become too comfortable with firearms. This is why these incidents happen to experienced shooters more often than many realize. It’s also why every competition and training session begins with a safety brief.

Firearm Safety Rule No. 1: Treat every gun as if it were loaded

This rule is very obvious, but broken often; how else can you explain unintended discharges? A gun can be a dangerous weapon when used improperly, which includes playing around like it is a toy. While this guy wasn’t playing with the gun, he has reached a level of comfort that shooters should never reach.

Firearm Safety Rule No. 2: Never point it at anything you are not willing to destroy

Firearm Safety Rule No. 3: Keep your finger off the trigger until you’re ready to shoot

Here is the other rule that could have prevented this incident. Putting a hand in front of a loaded firearm is never a good idea. However, a gun can’t fire on its own; it requires for someone to depress the trigger.

Firearm Safety Rule No. 4: Know your target and what’s beyond it

This rule doesn’t really factor in this incident as he knew his target and what was beyond it. When he placed his hand in front of the barrel, the target was his hand and the background was the range berm. This rule is mostly about reminding people to know what is behind what they’re shooting at. This is particularly important in regard to self defense, as attacks seldom happen at a range.

Other versions of these gun safety rules can be found at nssf.org.