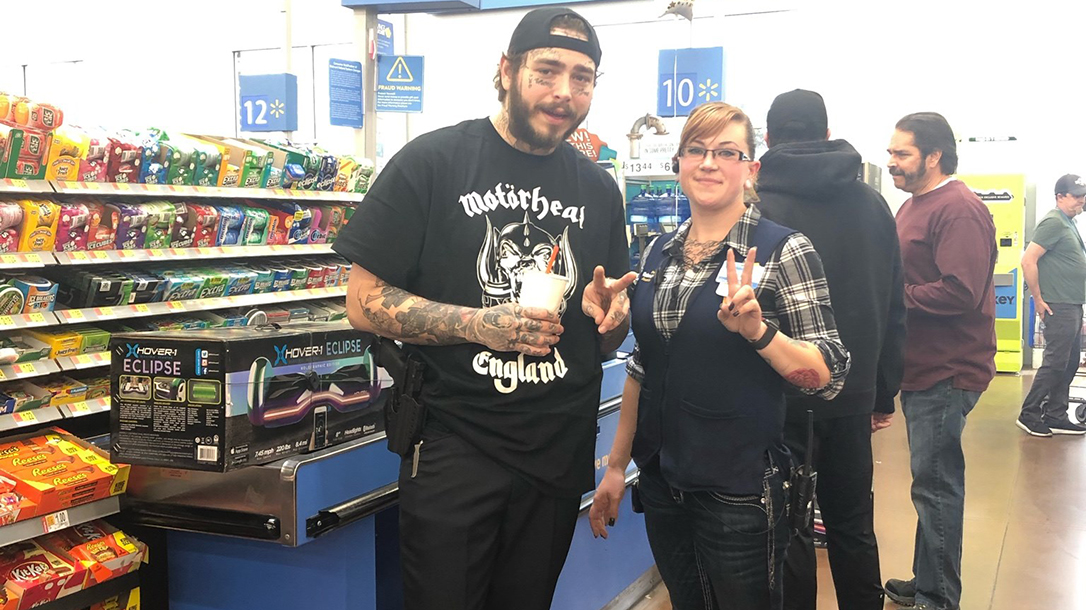 There is long history of guns in the hip-hop industry. Some of this history contains violent undertones, but most of it is simply for show. In fact, quite a few rappers legally carry on a regular basis. This includes the rapper Post Malone, who open carried while shopping in a Utah Walmart last week. 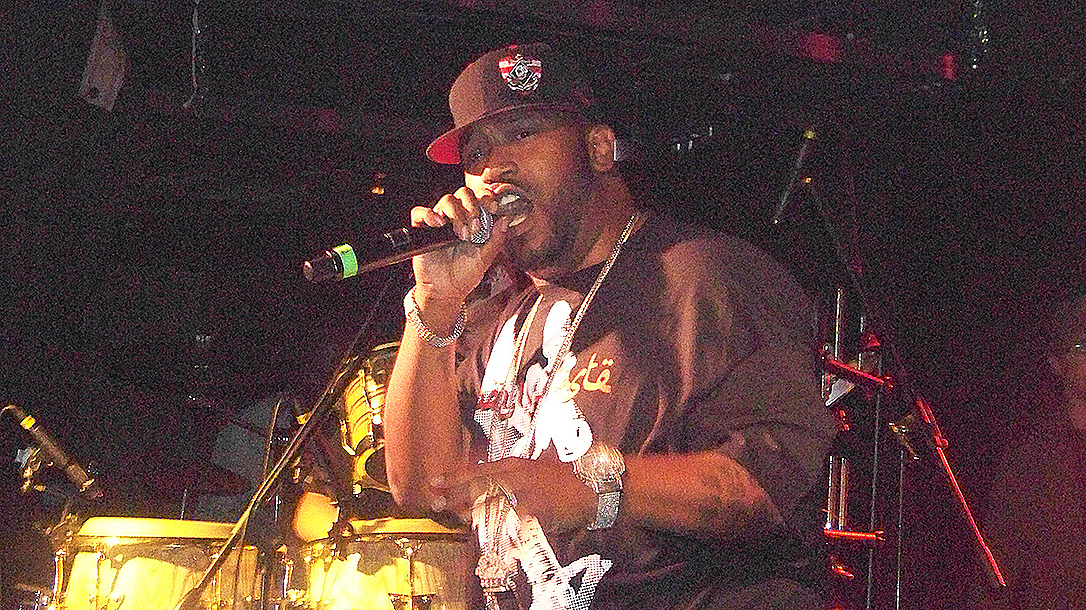 The store actually posted a photo of Malone with a Walmart employee and thanking him for shopping. While there, he purchased a hoverboard, and obviously spent a few minutes talking to fans and posing for pictures. And during this entire visit, Malone had a pistol in an open-carry holster. Our friends at Ballistic Magazine helped confirm that the pistol appears to be a ZEV OZ9.

Malone, whose real name is Austin Richard Post, is a long-time owner of firearms. Part of this might be because while he was born in New York, he was raised in Texas. Over the years, he has told numerous media outlets about his support of the Second Amendment. One of his many tattoos, in fact, is a snake coiled around a rifle.

One reason he supports gun rights is the same as many other gun owners in the country. He believes “the world is going to shit,” and wants to be prepared if something happens. He actually showed off part of his collection during an interview with Spin. At the same time, he explained he is into alternate news and conspiracy theories. The writer considered the collection to be “disconcerting,” seemingly not realizing that a lot of Americans own firearms and hold some of the same beliefs. It might seem unusual for some, but was completely normal inside the Utah Walmart.

The Walmart post received more than 1,000 comments. A large majority were positive, both about him shopping at Walmart and having an open carry pistol. Of course, not everyone agreed. Some seemed to consider the concept of carrying a gun to be juvenile. Utah law allows open carry, if the person has a concealed-carry permit. Otherwise, the gun must be carried with two steps required for firing: racking the slide and pulling the trigger.

There is no way of knowing if Malone has a permit for Utah. However, approximately 22 percent of state residents have permits. Also, Utah recognizes permits for all 50 states, so he might have one from somewhere else. He owns homes in both California and Utah, so he could have permits for either one. Regardless, Malone makes a pretty good advocate for the responsible use of guns. 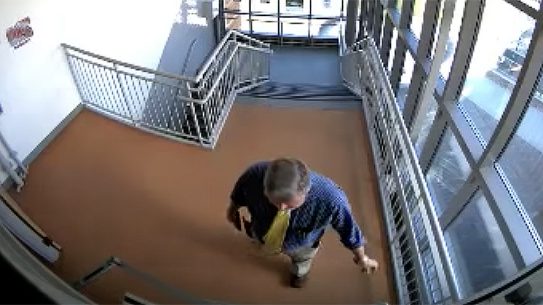 In hopes of getting Southbridge High School administrators to install metal detectors, a Massachusetts...