Training: How to Get Your Ankle Gun into Action Quickly

There are all kinds of locations to carry a gun, from strong side to crossdraw and shoulder to ankle. And while I typically carry IWB on the strong side, I sometimes prefer to carry an ankle gun. 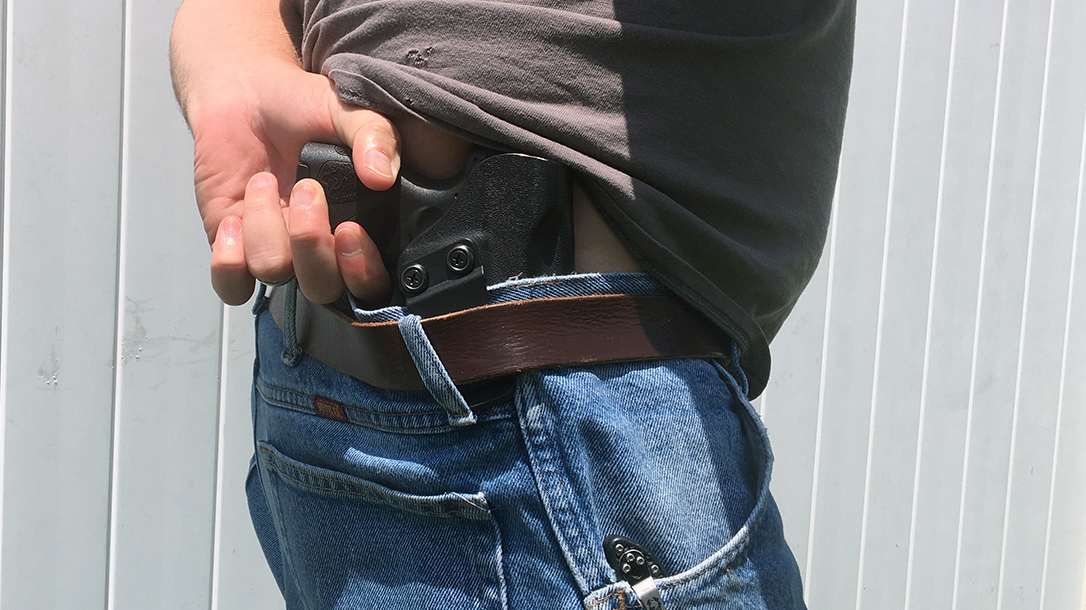 Most of the time when I’m carrying on the ankle, it’s serving as my backup gun. However, there are times when I place a Smith & Wesson Model 637 into a Galco Ankle Glove as my primary. When this occurs, it’s usually because I need to go with deeper cover for a variety of reasons. And while there are many benefits to carrying on the ankle, a quick draw from a standing position isn’t one of them.

Benefits of an Ankle Gun

While it might not be easy to get a gun into action standing, ankle carry is great for sitting. In fact, an ankle gun provides excellent options for discreetly pulling it if needed. This can be especially useful in a vehicle, where other options might be blocked by a seatbelt.

It’s also a good method for carrying a backup gun, providing another option if the primary is unreachable. It’s particularly useful if one gets knocked down to his or her back.

I often carry backup on the ankle in certain situations, such as in large crowds. I like the idea of having a few extra rounds just in case, as well as having a piece I can hand to the wife if needed. However, every time I carry on the ankle, I unload and perform two or three draws to reacquaint myself with the motions required to get the gun into action.

How to Draw From the Ankle

There are basically six steps for going from standing to a completed ankle gun draw. And while some believe the best method is bringing the leg up, I prefer to keep both feet firmly on the ground in a fight. Additionally, it is best to place an ankle holster on the weak ankle for easier access by the strong hand.

Carrying on the ankle can be an excellent method, but it requires commitment on part of the shooter. Those who are going to try this method, must conduct training regularly with an unloaded gun to ensure speed of draw.