A Kentucky gun owner recently used his firearm to fend off four armed suspects who had just broken into his home. And the shootout was caught on surveillance video. 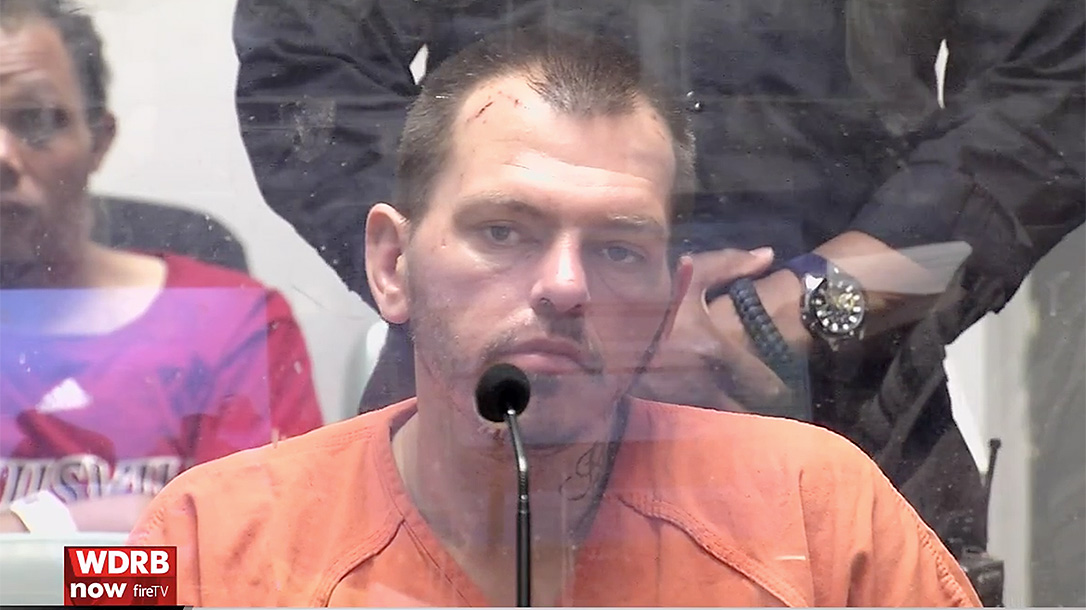 The incident happened on May 8 just before midnight, according to WBKO. The homeowner, identified as 24-year-old Austin Orwig, was inside asleep when he heard someone trying to get inside. The video shows four men kick down the door and enter the home. One armed suspect walked inside and turned into an open door. However, he realized he made a mistake when Orwig started shooting. He took off, along with the other suspects, but more shots ring out on video.

“During the video you can see that it looks like there was four individuals that kicked the door in, as they approached his bedroom he exchanged fire with them,” said Warren County Sheriff, Brett Hightower.

Emergency personnel transported Orwig to Jewish Hospital in Louisville for treatment to injuries to his right hand. The hospital has since released him.

The Warren County Sheriff’s office released the video via Facebook in hopes of receiving information about the incident. They received several tips and are currently searching for the suspects.

The biggest lesson gun owners should take from this is the need for accessibility. Within seconds of kicking down the door, these suspects were walking into the bedroom of the home. Luckily, the homeowner kept his gun nearby and used it to defend himself. Of course, accessibility has to be tempered with safety.

Those without kids can keep a gun on a nightstand or in a drawer, providing almost instant access. However, those with families might want to consider other options, such as a fast-access gun safe. In fact, today’s technology provides numerous access options, including both quick keypad and biometric. Gun owners often claim that when seconds count, police are minutes away. This incident shows how correct that saying truly is.