When a pistol fails to load and fire, a shooter’s first step is tap, rack, bang. If this doesn’t’ work, step two requires stripping the magazine, racking the slide and reloading. A pistol that regularly fails to feed means a problem, either with the gun or the magazine; the more likely culprit is a defective magazine. 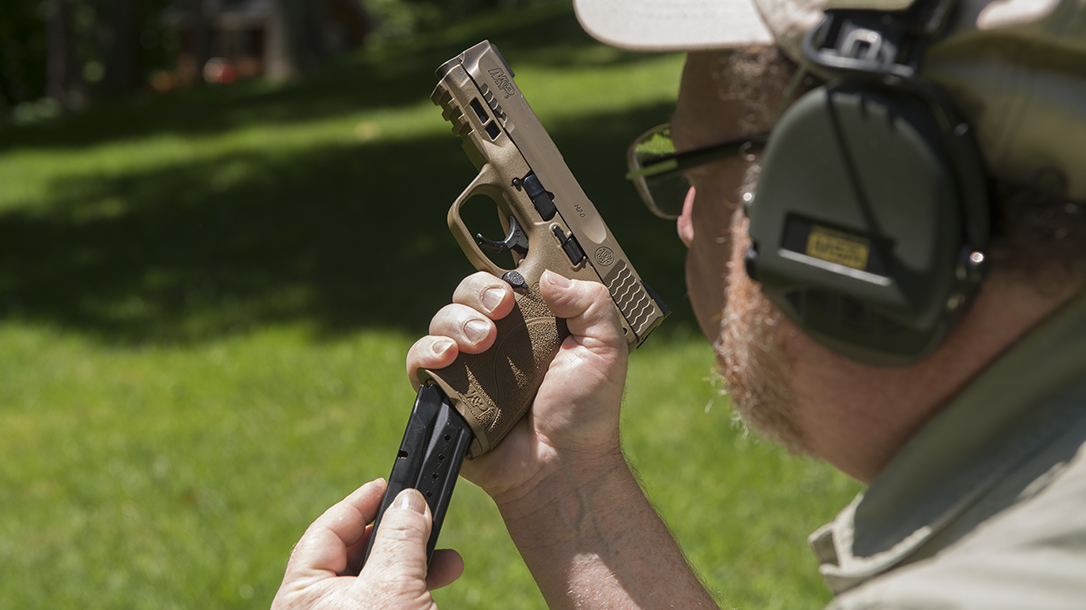 Tips to Keep Your Handgun Magazines in Fighting Shape

Many gun owners don’t realize that a defective magazine causes way more failures to feed than guns, particularly guns that receive regular maintenance. Even new magazines can fail to feed, as well as older magazines in a newly acquired gun.

You buy a new or used pistol that just never runs right, even after running a few hundred rounds through a break-in period. Sometimes it runs OK, but it just has little failures that keep it from becoming an EDC gun. Most folks will automatically assume something is wrong with the gun, especially if used. In fact, defective magazines can ruin the reputation of otherwise decent guns; who can forget the rumors and stories surrounding the Kimber Solo.

One of the earliest subcompact 9mms, the Solo came with really smooth lines on a striker-fired pistol. This pistol was beautiful and piqued many a shooter’s interest.

Early reviews were good, with a few failures determined to be part of the required break-in period of pistols with tight tolerances. The problems, however, continued for some owners. Now, a lot of Solo owners didn’t have any problems and still carry this pistol; other shooters really derided this gun, claiming they would never go back to Kimber. Some folks blamed the gun, while others blamed the ammo. I’ve always felt the main problem was in the magazines.

While folks were going back and forth about the Solo, I wanted to know the truth. I’ve carried a Kimber Ultra Carry since the 90s, with zero problems outside of the break-in period. I’m a fan of Kimber, and have long believed that most gun problems begin and end with shooters.

So, to test my defective magazine theory, I got my hands on two Kimber Solos, six magazines and a variety of 9mm ammunition. I marked the magazines one through six, along with one and two on the pistols. Then, I put six rounds of the same ammo in each of the magazines and starting firing. I fired every round from each magazine through gun one, and then did the same with gun two. If the gun hiccuped in any way, I marked down which gun and magazine. I did this three times in each gun with three different loads. This came to 648 rounds fired; 324 in each gun. In the first round of magazines, I slow fired. I fired as fast as I could accurately in the second round, and performed controlled pairs in the third.

During this process, I had multiple failures to feed, with a few failures to eject; I had zero double feeds. With magazines one and four, neither pistol suffered a failure; all four other magazines failed at least once with both guns. Magazine three failed to feed the last round almost every time, regardless of which gun. The other three sporadically suffered some failures, but only a few happened with magazine two.

For the most part, these guns and magazines ran fairly well, but fairly well isn’t good enough for self-defense. If your life is on the line, you must know your gun is going to fire. Now, this test wasn’t conclusive, but I still decided that most of the problems of the Solo came from the magazines. It also reinforced my belief in the importance of magazines.

Most magazines have a method for providing internal access for cleaning. Some, though, are much more difficult than others in this regard. Determining when magazines need cleaning is much easier. If magazines feel gritty when loading, they need cleaning. In fact, you often will hear grinding noises inside the magazine when dirt and grit get inside. Spring wear, however, is a bit more difficult to determine.

Magazine springs last for years, particularly if left unloaded; they last a long time even when loaded. This means, though, carry gun magazines are the most typically prone to problems. The easiest way to determine a spring, or magazine itself, might need replacing is by using it at the range. Weak springs typically fail to load the gun, particularly with the last couple of rounds. If there is any question about a magazine, you should remove it from use until it can be inspected and repaired if needed. Wolff Gunsprings carries replacement springs for most semi-autos. They can be purchased at gunsprings.com.

One thing shooters should always do is having several magazines in rotation. It is also smart to keep carry and training magazines separate. Hard training abuses magazines, as they get ripped from guns and often hit the ground. You don’t want to use the same magazines on the way home that you used at the range. Of course, you do want to test carry magazines regularly to ensure proper function.

So, how many magazines for a carry gun should a person own? That number varies, but most recommend a minimum of four, with six to eight being preferable. To start, you want to carry two and train with two. Later, you can obtain more magazines, using the freshest and best for carry and keeping older magazines for training. Eight magazines allow regular rotation — one in the gun with a spare and two in the safe — along with four for training. I’ve always felt eight to be the ideal minimum. Additionally, it doesn’t take long to build up at decent supply by buying just one or a two at a time. Once you reach the desired number, you simply purchase a new carry magazine every time a training magazine goes down.

Now, a gun is only as good as its weakest part, and magazines often receive harsh treatment, especially during training. Magazines occasionally need maintenance. Springs can wear out and dirt can get inside. However, you should not clean them too often — only when necessary — and you should never use lubricant on the inside of magazines.

So, before you determine that a pistol, or even a magazine-fed rifle, has a problem, you need to look at the magazines. They might need replacement or just simply be cleaned. In any case, don’t blame the gun until you have checked the magazines.