If you pull the trigger and the gun doesn’t go bang, you have a malfunction. During Type 1 and Type 2 malfunctions, failure to feed and stove pipe, shooters can typically perform a tap and rack to get the gun back running. Type 3 malfunctions, often referred to as a double-feeds, require more manipulation on the shooter’s part. 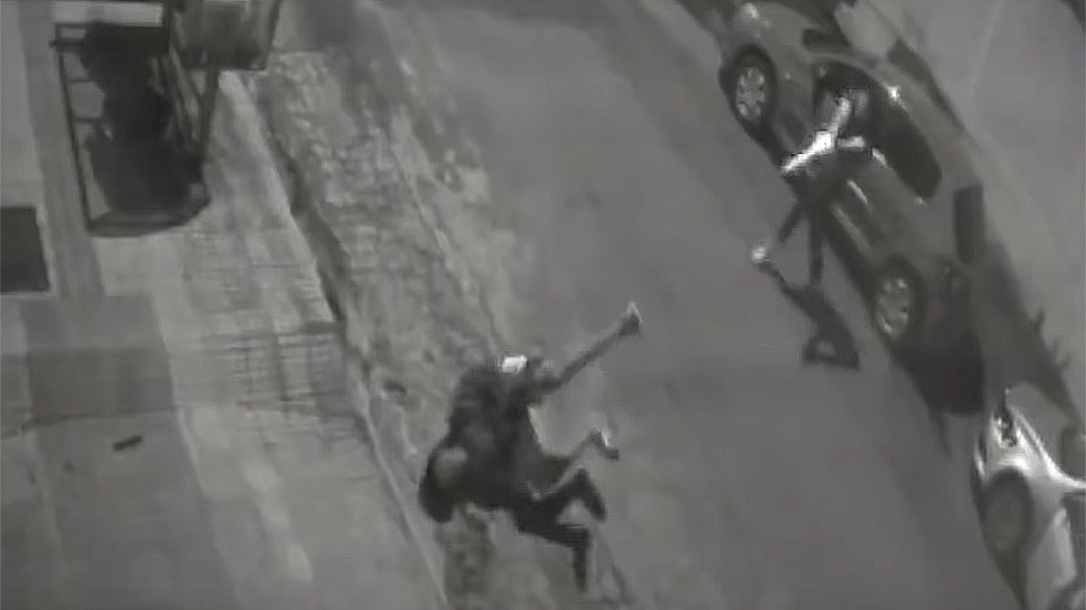 VIDEO: How Effective Training and Awareness Can Be on the Street

Understanding the basics of pistol manipulations is fairly easy. However, Murphy’s Law states a pistol never goes down unless a situation is intense. This means that you will be under pressure when clearing a double-feed. In fact, you probably will in the middle of a gunfight, where if you don’t get the gun up and running quickly, you’re likely to die. Because of this, you must practice clearing pistol malfunctions, and then add in the element of pressure. If you don’t, you’ll never perform this important skill with speed. No one immune to this pressure, as shown in the video above.

The above incident happened in New Orleans on May 17, according to WDSU. Officers responded to a report of an assault. The suspect had allegedly threatened people inside a leasing office. After he left, employees called police, saying he had a gun. Officers arrived as the suspect was heading back to the leasing office.

Three officers confronted the suspect, who waved the gun and even dared the officers to shoot him. The officers handled the situation fairly well, for the most part, moving into positions to prevent firing at each other and civilians. When the suspect shot at the officers, they returned fire, killing the suspect. All three officers had body cameras, which caught the entire incident and proved the shooting to be justified.

The part we’re concerned about, however, begins at the 2:08 minute mark. Here, one of the officers climbs out of his vehicle with gun drawn. He moves into position just as shots begin. He fires as he moves forward toward the suspect before realizing this gun has failed. He immediately retreats, but it takes him a few seconds before he begins trying to clear the gun. Then, he fumbles the manipulation. The officer performs a tap, followed by a rack, but it doesn’t work, he racks the slide again. This used up precious time. Eventually, performs the action needed to clear a double-feed and gets the gun back running. At this point, the fight is over and suspect is on the ground.

Once officer settled down, he handled the malfunction with skill. In fact, he obviously had trained for this situation, but he might not have introduced pressure into his training, which explains the early fumble. Still, this officer easily stripped the magazine, racked the slide, reinserted the magazine and put a round in the chamber. This is the standard drill for this type of malfunction. There are some variations, depending on instructors, but the basics are the same. 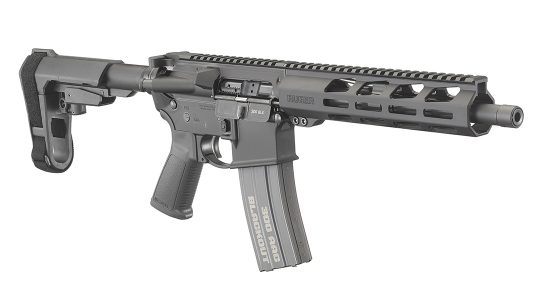