0
SHARES
0
VIEWS
Share on FacebookShare on Twitter
When you hear something early in the morning hours, it is probably smart to grab a gun before investigating. That’s what a Kentucky homeowner did when he realized that something funny was happening to his cars. 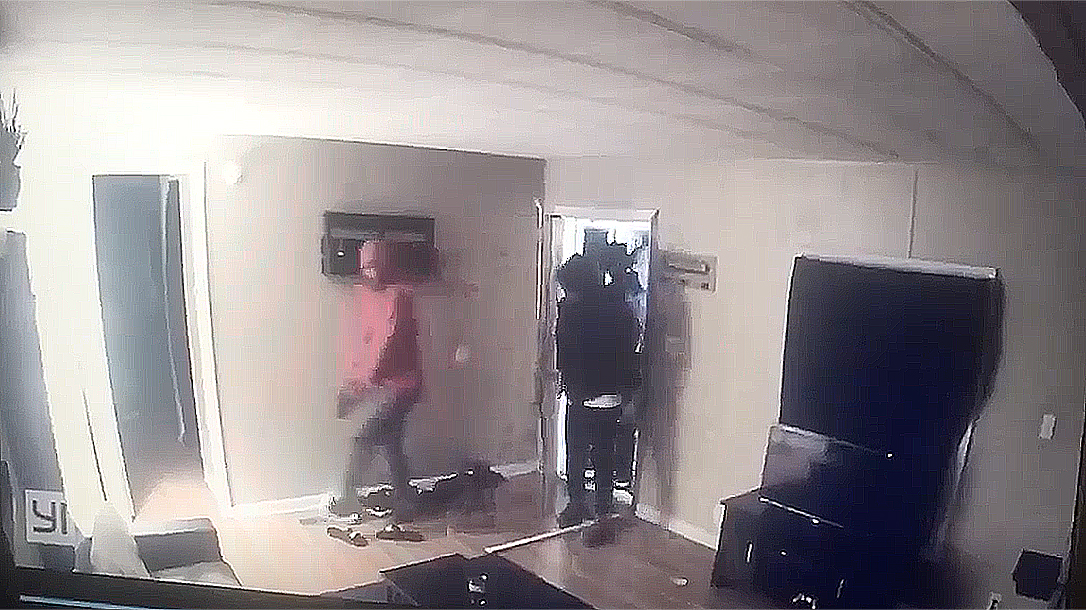 WKYT reports that a gate intercom rang, waking up the residents around 4 a.m. last Friday. The couple soon realized that one of their vehicles was missing. They called police and went investigating. One of the residents went outside and discovered two of their vehicles parked much closer to the road than the previous night. In fact, a man was still sitting in one of the cars.

The homeowner held the suspect, identified as Gary Lynn Ryan II, until deputies could arrive. The sheriff’s office came out basically saying the homeowner handled the situation well, as he was “rightfully and lawfully armed.” Ryan faces charges of theft by unlawful taking over $10,000, criminal mischief, marijuana possession and possession of drug paraphernalia. Unfortunately, both vehicles received damaged in the incident.

In recent months, we’ve reported several of this type of situations, where someone held a suspect at gunpoint until police could arrive. This happens quite often, much more than is reported. Another type of incident that happens much more than many want to believe is where a victim draws a gun and the attacker immediately flees. In fact, guns have probably prevented attacks without being fired than with a blast of smoke and sound.

This is good because the law requires lives to be in danger for the trigger to be pulled. Sure, stand your ground laws allow gun owners to use deadly force, but only if a life is in danger of serious injury or death. If the attacker turns away and flees, you can’t legally pull the trigger in most instances. You also can’t typically fire at a suspect thief who isn’t inside your home, such as the case in this incident. The homeowner acted with prudence by holding the suspect. However, he might have wanted to let him go if he ran. Situations such as that are typically decided by the prosecutor’s office. Some lean toward the rights of citizens, but other hate guns more.