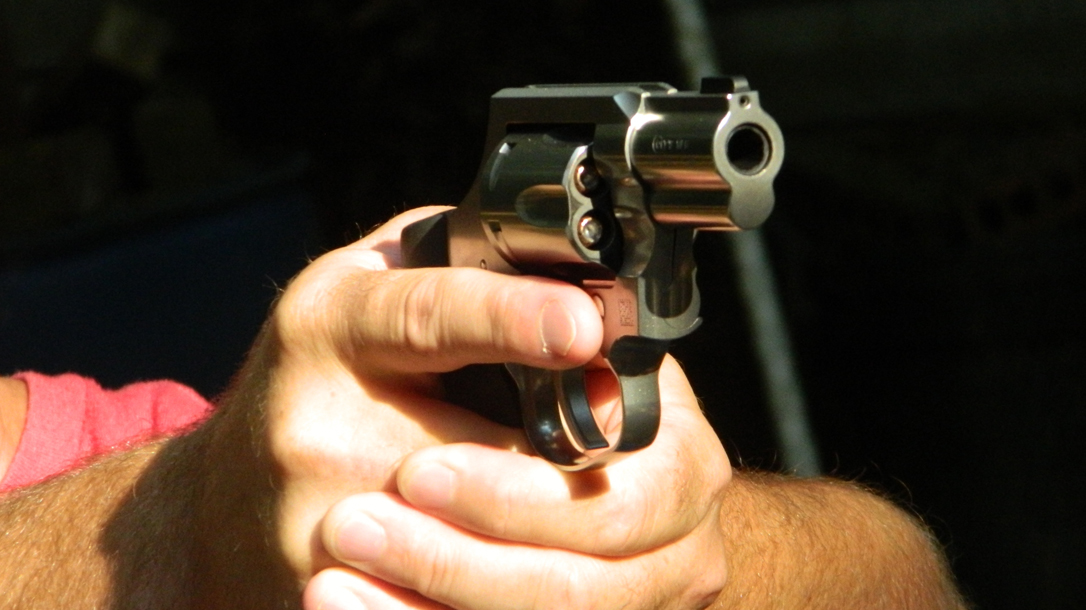 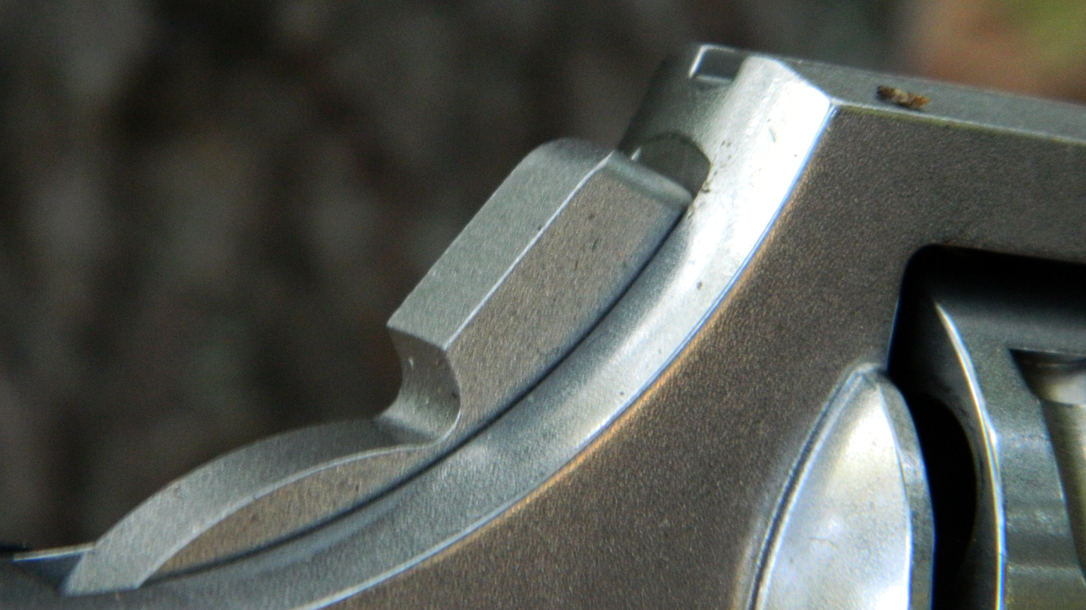 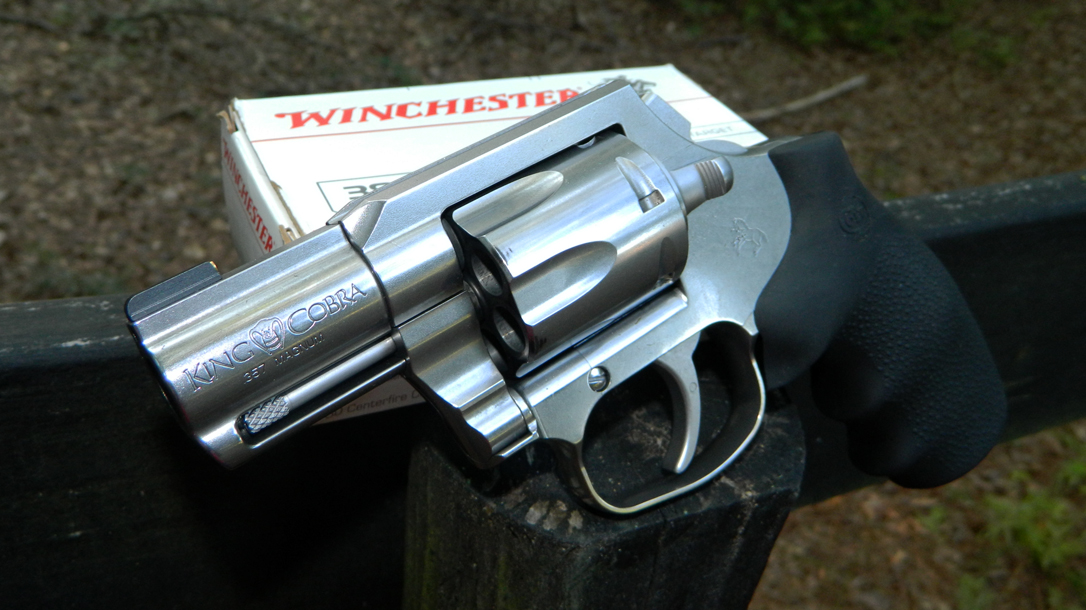 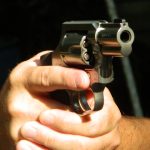 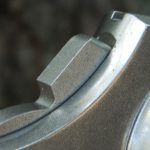 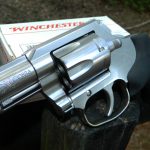 Colt just loves it snakes. After all, the company has named several of its most popular revolvers after these slithering creatures. This includes the Python, the Anaconda, the Diamondback and the King Cobra. 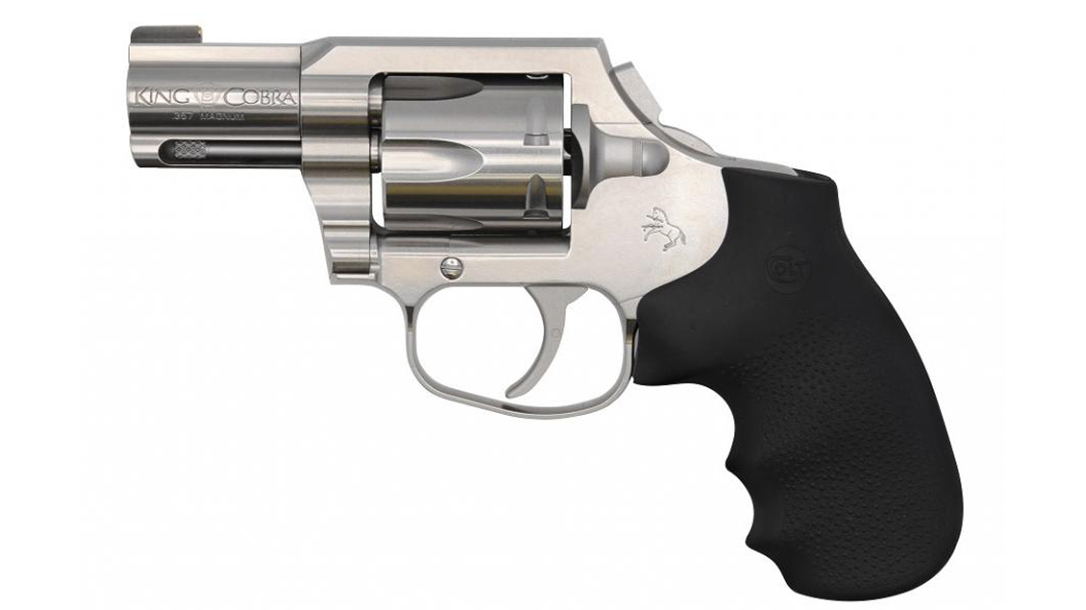 Unfortunately, Colt discontinued these pieces of art, completely getting out of the revolver business for quite a while. No one outside of Colt knows exactly why, but most presume it had to do with the costs of production. Many of these guns required hand fitting and tuning by skilled machinists. Labor was cheap when these guns were introduced but it has steadily increased over the decades.

However, in 2017, Colt jumped back into the revolver market with the Cobra in .38 Special, following it up with the King Cobra in .357 Magnum. This monster caught shooters’ attention, but some wanted a version more designed for concealed carry, which brings us to the Colt King Cobra Carry in .357 Magnum. This snub-nosed revolver comes with all of the quality and features of the King, but in a version that is a bit easier to carry and conceal.

Features Of the Colt Carry

Just like the first two newer snakes, the Cobra Carry comes in stainless steel with a brushed stainless finish. It also comes in .357 Magnum, meaning it can handle everything from high-powered ammunition for penetrating hard barriers to man-stopping .38 Special loads, including +P. This provides a wide variety of ammunition choices, all the way down to inexpensive .38 wadcutters and semi-wadcutters for training and plinking.

To make this gun better for carry, Colt shortened the barrel down to 2 inches and bobbed the hammer. This brings the weight of the gun down to 26 ounces unloaded despite keeping the capacity at six. This provides one additional round with a weight that is just barely more than a five-shot revolver in steel. In fact, the Colt Carry only measures a mere .125 inches wider than a Smith & Wesson five-shot J-frame.

The Carry also comes with Hogue Overmolded grips, a brass bead front sight and a U-notch cut rear sight. The grips provide something nice to hold onto when ripping heavy .357 loads, and the brass bead fits nicely into the U-notch. However, the revolver’s most interesting feature is its trigger. Instead of the standard coiled spring, Colt used a leaf spring to create a revolver with a smooth 10-pound double-action-only trigger pull.

“The Linear Leaf Spring eliminates that curve of the coil spring that gets heavier as it is pulled,” said Justin Baldini, product director for Colt.

The leaf spring is a much better system, and allows Colt to match the trigger pull to what folks remember of its older revolvers named for scaled creatures.

Now, lots of folks want to compare Colt’s new revolvers to the classics of old, such as the Python. And while these revolvers have much of the same feel, they’re actually new designs, completely new designs. In fact, these guns show what Colt designers can do with computers and CNC machines.

Those old, legacy designs needed updating, especially since all of them came out during the days of forging and hand fitting. The company didn’t have a single computer model of the Python, or any of the old revolvers for that matter. Because of this, Colt completely redesign its revolvers, starting with the Cobra.

According to Baldini, Colt designers learned quite a bit with the Cobra and even more with the King Cobra. With each release, Colt made changes that made each gun better, and the company isn’t done. In fact, Colt is just about to release a DA/SA version of the King Cobra Carry that features a hammer that hasn’t been bobbed.

“Colt is proud of this family of small frame DA revolvers,” said Paul Spitale, senior vice president of Commerical. “We’re especially proud of our newest model the King Cobra Carry, which features a legendary Colt leaf-spring trigger, a 2-inch barrel for deeper concealment and lastly is built on the .357 Magnum platform, which is a favorite amongst DA revolver fans.”

This revolver provides a great impression. It just feels how a concealed-carry revolver should with its steel constructions and Hogue grips. The first thing one notices when aiming is the brass bead sight. It fills the U-notch nicely and provides an excellent flash sight picture. As such, it really shined during all manner of drills. The sights allow fast sight acquisition, quickly putting rounds into the center mass of the target. However, the accuracy of this revolver comes from the extremely smooth trigger.

Now, this revolver was designed for self defense, particularly since the company bobbed the hammer to prevent it from catching on cover garments during draw. This, however, makes pin-point accuracy extremely reliant on trigger control. Still, bench accuracy was actually quite good, with testing performed at 10 yards with variety of .38 Special and .357 Magnum loads from Hornady and Winchester.

While all the ammunition performed well, with every five-shot group measuring 2 inches or less, outside of a few flyers probably shooter related. The .38 loads actually measured smaller on average, but the difference was negligible. In fact, the .357 Magnum shot better to point of aim; the .38 rounds hit low by a couple of inches. However, the best single five-shot grouping came from the Winchester 125-grain Magnum Defender at just 1.49 inches; this load averaged 1.8 inches for five, five-shot groups, and was the best performer of the .357 loads; the Hornady Critical Defense averaged 2.1 inches because a couple of flyers broke up its performance.

In the .38 Special loads, Winchester again won out, but it wasn’t by much. The Winchester 125-grain jacketed soft points, better known as the white box ammo, averaged 1.6 inches, while the Hornady American Gunner 125-grain XTP measured to an average of 1.7 inches. All in all, the Colt King Cobra Carry showed accuracy regardless of cartridge load or position. It ruled well from both the bench and the training ground. It needs to be noted, however, that even with Hogue grips, which helped greatly, the Colt Carry is a handful with full-powered .357 Magnum self-defense ammunition. You know you’ve fired something when you pull its trigger. 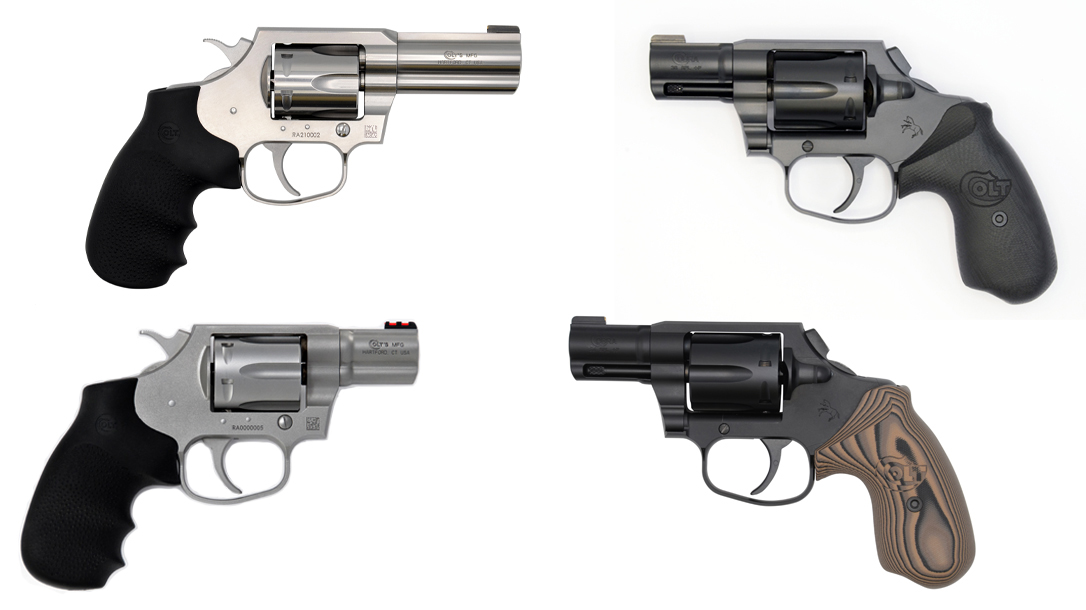 Running With a Snake

For those who like revolvers, the Colt Carry makes an excellent option. It is powerful and accurate, and an additional round is always good. It also has nice sights, though I would prefer something that gathers more light at the front. Luckily, the front sight on this revolver is user replaceable. Even better, this revolver can be used with the old Colt Detective Special reloaders.

Once it is available in DA/SA without the bobbed hammer, the company will have covered pretty much all the bases in this line, though some shooters might want a longer barrel. In fact, some folks might be waiting for Colt to put out the Python. Of course, since no one knows for sure whether that is a possibility, you might want to consider one of the Cobras; the Carry makes a nice everyday carry gun. 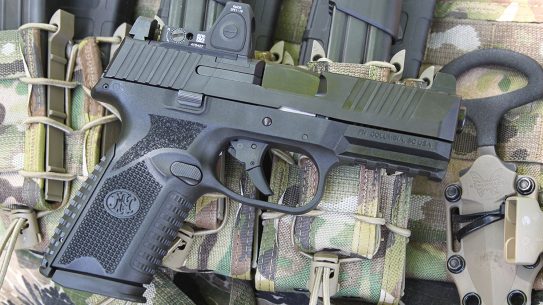