Democrats Attempt to Distance Themselves From Beto Gun Comments

0
SHARES
0
VIEWS
Share on FacebookShare on Twitter
“The first rule of Fight Club is … you do not talk about Fight Club,” Brad Pitt’s character says famously in the 1999 film. In that movie, the members of the underground Fight Club kept it secret, thereby making its mechanisms stronger, the bond between them greater, in their singular mission to employ chaos. Democrats followed that same playbook when it came to gun control until recently, when Beto spilled the beans on live TV. Now Democrats attempt to distance themselves from Beto’s gun comments. 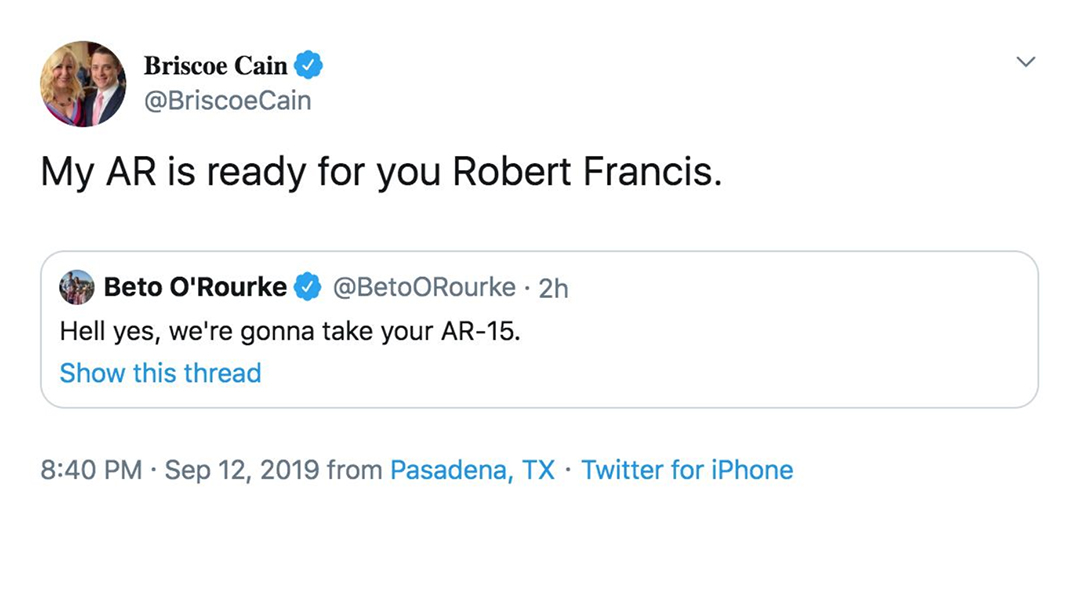 Texas presidential candidate Beto O’Rourke shocked the world when he stated “Hell yes, we’re going to take your AR-15.” He shocked pro 2A folks, just because one of them finally admitted it out loud on the biggest of stages. But many Democrats were shocked as well. Now they’re scrambling to create distance between themselves and Beto.

“Beto’s one human being. He gave his own opinion, OK? I think it was very harmful to make it look like all the Democrats,” Sen. Joe Manchin, D-W.Va., told the Wall Street Journal on Wednesday, reported yahoo.com. “I can tell you one thing: [Beto] is not taking my guns away from me. You tell Beto that, OK?”

Manchin pushing back makes perfect sense. He’s a longtime supporter of the NRA and gun rights advocate. He hails from West Virginia; you can’t be a successful politician for gun control in West Virginia. So of course Manchin makes statements to distance himself from Beto’s looney comments. But when you see the likes of Chuck Schumer scurrying away on guns, you know this is something bigger.

“I don’t know of any other Democrat who agrees with Beto O’Rourke, but it’s no excuse not to go forward,” Senate Minority Leader Schumer said Wednesday when asked about Trump’s tweet, according to yahoo.com.

What each Democrat knows is that Beto provided bulletin board material for every Republican locker room across the land. It’s a rallying cry for those that support the 2nd Amendment. Quite simply, he showed us the playbook once and for all.

“I frankly think that that clip will be played for years at Second Amendment rallies with organizations that try to scare people by saying Democrats are coming for your guns,” said Sen. Chris Coons (D-Del.).

Oh you got that right, Senator. Beto done went and talked about Fight Club.