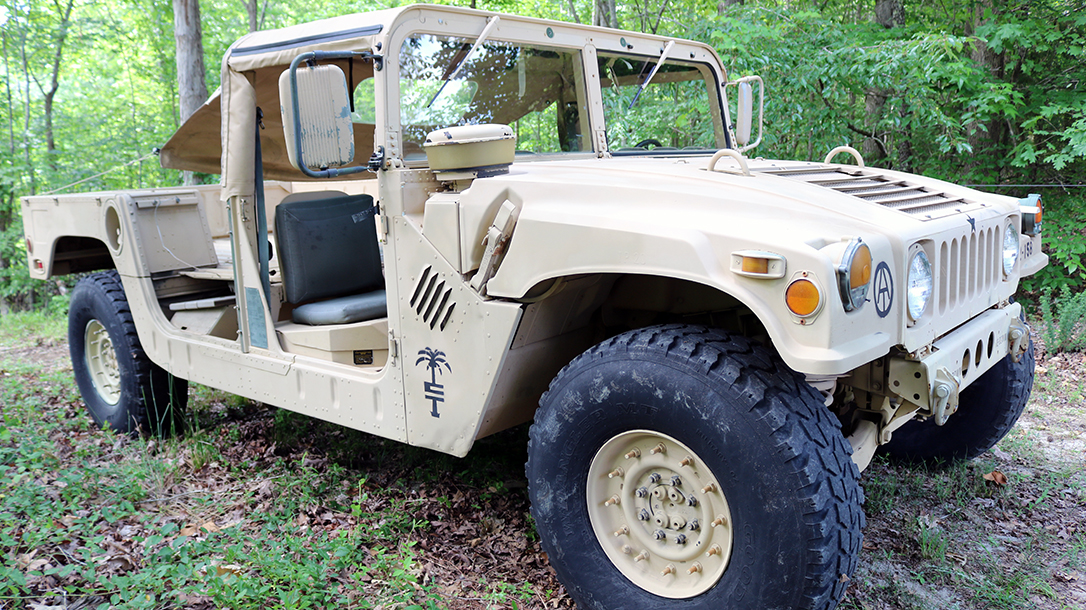 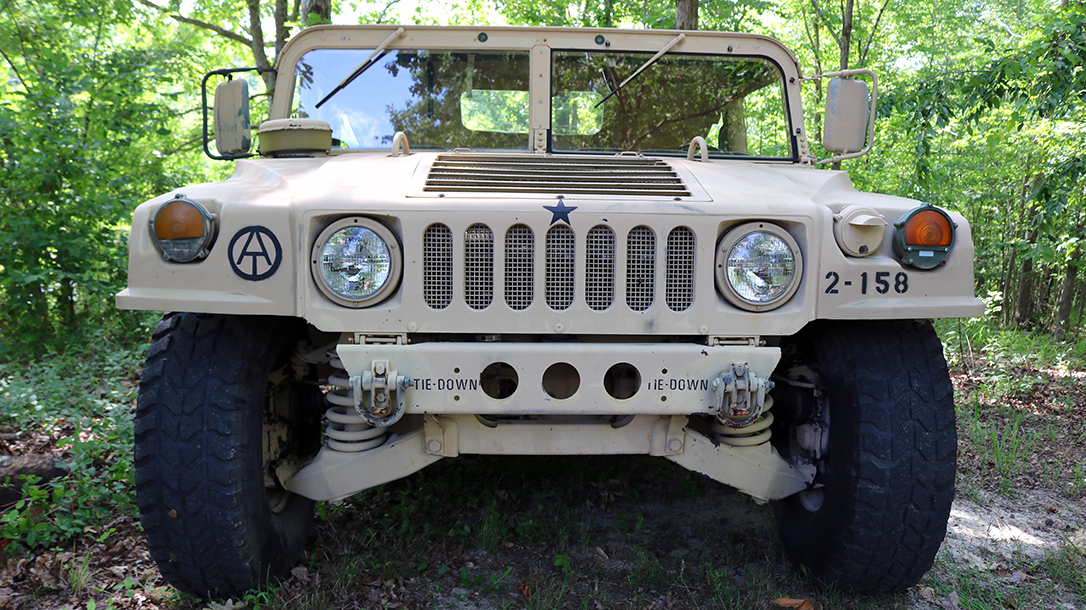 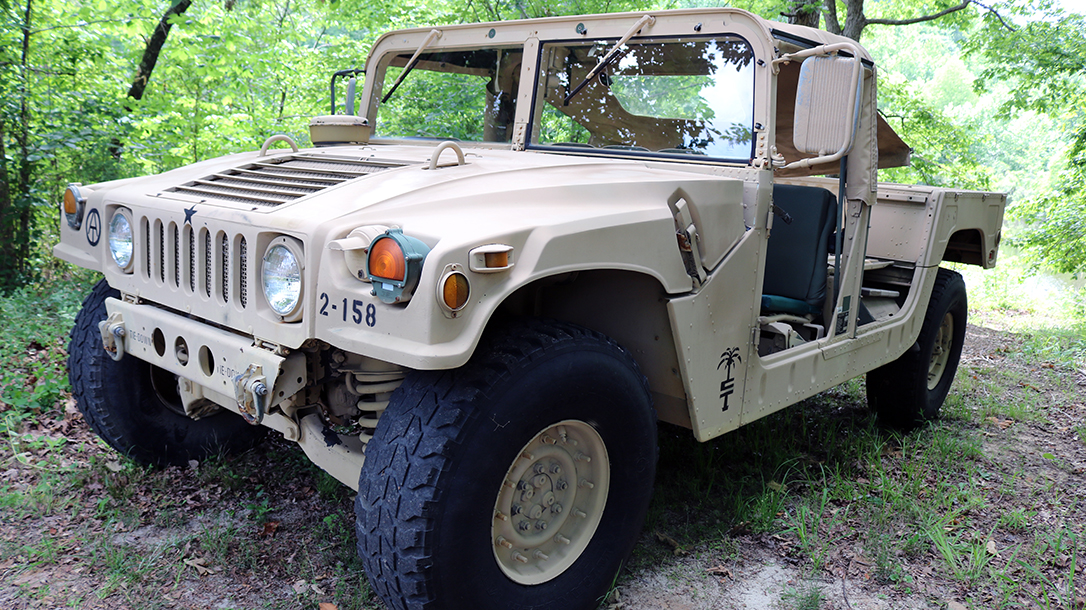 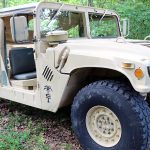 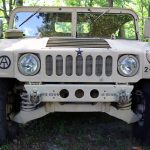 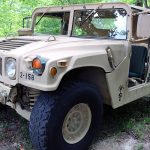 The M998 High Mobility Multipurpose Wheeled Vehicle—or Humvee for short—first saw service with the U.S. military in 1984. In the intervening years, AM General produced 281,000 of these remarkable little trucks. Versatile, agile, powerful and tough, the Humvee transported a generation of soldiers on their various tactical missions around the globe. I was one of them. 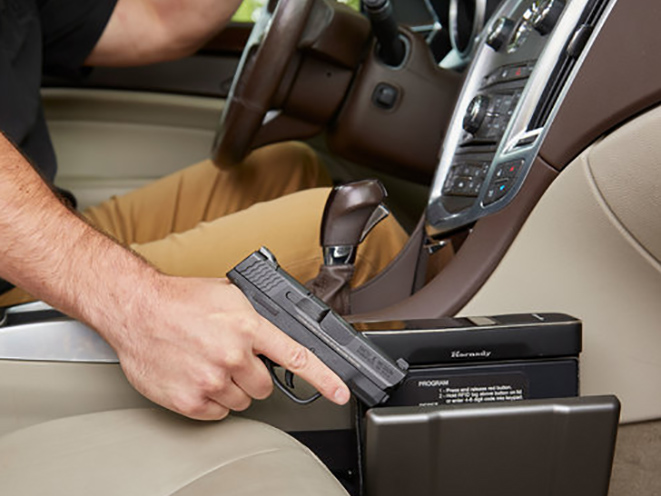 After some 33 years of hard service, the Humvee’s manifold strengths and scant weaknesses became apparent. The M998 was originally designed as a broad-application utility vehicle intended to support a military engaged in fighting World War III on the verdant plains of Western Europe. That the Humvee rendered such fine service when pressed into ambulance, ammo carrier, guided missile platform and armored gun-truck roles speaks to the remarkable versatility of the design.

Today’s asymmetrical battlefield, with its copious ambushes, IEDs and suicide bombers, was not the environment for which the Humvee was imagined. Nowadays, our troops downrange need something more mine resistant and better able to cope with the ubiquitous small arms and RPG attacks that define modern war. As a result, Uncle Sam is replacing Humvees in certain applications with the new Joint Tactical Light Vehicle (JTLV). While the Humvee will still be used in non-combat military roles for the foreseeable future, the advent of the JTLV offers a unique opportunity for American military vehicle enthusiasts. There are some pitfalls to consider, but if you have ever wanted your own Humvee, this is your chance.

Military Humvee: Where To Start

Ironplanet.com is a typical place to start. Its stock rotates daily, and its Humvees are sold via online auction. There are several other auction sites as well. Google is your buddy. The Humvees are being released directly from military installations all over the country. Each entry describes the vehicle’s location, odometer reading and other particulars. Auction prices typically run from $6,000 to 12,000 depending upon the state of the truck.

There are some basic questions answered for each particular entry, including ease of starting, effectiveness of the parking brake and condition of things like the seats, mirrors, gauges and lights. You’ll find detailed photographs. Some Humvee listings include the results of their most recent oil analysis. Certain sites offer video walkarounds as well. They really do a good job of offering a detailed remote description. The overall ambience is not unlike that of CarMax. Once you find the vehicle you want and win the auction, the real fun begins.

The vehicle transfers on a Form SF97 rather than a conventional title. A Humvee in this condition is not legal on public roads. This means you will have to make a road trip with a trailer to fetch your prize. There are fairly tight time limits involved, so plan your purchase when you have a little time.

These Humvees are sold as off-road vehicles only. This means they lack VINs and license plates. While this may be adequate for certain well-heeled folks with land or the occasional hunting club, the rest of us want a truck we can drive around town. Here your adventure takes on the complexion of your home state.

There are some states where you just cannot get these vehicles titled. To compare my home state of Mississippi to California or New Jersey, for instance, is like comparing Mayberry to Mars. In some states, emission controls and general draconian government crap conspire to make it all but impossible to own surplus military vehicles. If you live in one of these wretched locales, my advice would be to move.

By contrast, down here in the Deep South, we take our small government seriously. The titling process is laborious, but it can be done. You may have to take your truck to an inspection site so Highway Patrol inspectors can give it a once-over. I asked the nice Southern lady on the phone if I could drive the vehicle there or trailer it. She counseled that, so long as I explained to any law enforcement officers that I was driving it to get an official inspection, I should be good. I do so love the Deep South.

Once it gets a clean bill, you can apply for a title using the vehicle’s military serial number. Expect this to be onerous and complicated but doable. A local buddy bought eight of these things as an investment. Now, nine months later, two of them are still awaiting titles.

If all that seems too big a hassle, just pull up eBay and type in “military Humvees for sale.” You can find plenty of trucks with clean titles, but you pay a bit of a premium to have someone else manage the titling headaches. Be sure to check with your local tag folks to make sure the title will transfer to your state before you put money down.

I have used USAA for all my insurance needs since the moment I first donned a military uniform. I have nothing but good things to say about their customer service. However, after an hour on the phone, we determined that they simply could not insure a military-surplus vehicle. Not to fret, however; they transferred me to a contracted subsidiary. I ended up landing state minimum insurance on my Humvee registered as a farm truck through another car insurance company for next to nothing.

You do shoulder some liability with these vehicles. They are typically old, and you have no way of verifying their maintenance histories. Just remember that somebody has to pay for all those attorney billboards lining every major thoroughfare in America. Don’t let it be you.

My truck is 25 years old and reads just over 10,000 miles on the odometer. Keep in mind that military miles are not the same as civilian miles. The high-mileage, ragged-out vehicles we used when I was a soldier sometimes didn’t have more than 25,000 miles on them. My truck may indeed sport 110,000 miles, or it might have languished behind a National Guard armory someplace, essentially undriven for the past 25 years. I have no way of knowing. The chassis looks like it was stored outdoors for the past quarter-century, which it was, while the vehicle itself is mechanically tight and reliable.

The body on a military Humvee is made from riveted sheet aluminum, so it is all but impervious to corrosion. The steel bits will have varying degrees of rust, but that is addressed easily enough. The neatest thing about my Humvee, however, is that it is designed from the outset to be easily maintained. Even the bolts are designed so you can get at most of them with either standard or metric wrenches. I dedicated a couple of hard days to exploring and tweaking my truck and got almost everything of significance addressed. Quality desert tan Rust-Oleum spray paint doesn’t match perfectly, but it is a military vehicle, so that really doesn’t matter. 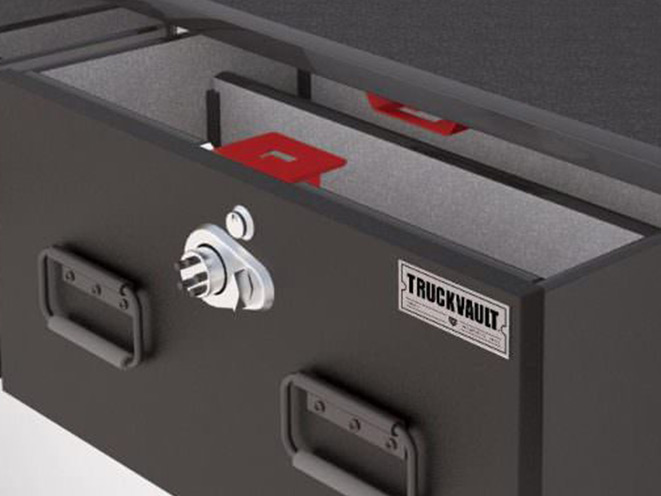 The military Humvee does not have ignition keys. Instead, there is a retractable cable underneath the dash that affixes around the steering wheel with a padlock. However, lots of folks sell aftermarket keyed ignition switches for $65 to $80. Installation requires that you open up the hole in the dash with a step drill bit, but this isn’t tough to do.

I sanded out the ugly spots and touched everything up with spray paint. My daughter and I crafted some stencils to customize the fenders, and I applied the unit designation of my first combat unit. I built up a pair of seat bottoms for the rear seats myself.

My tricked-out Humvee turns heads no matter where I go, and it’s simply great fun to drive. The 6.2-liter diesel engine should last a lifetime, and the truck has plenty of space and power for around-the-farm utility tasks. If you have ever considered a military vehicle of your own, now is the time. Useful, versatile and cool, a GI-surplus Humvee is, for the time being, within financial reach of the common man. 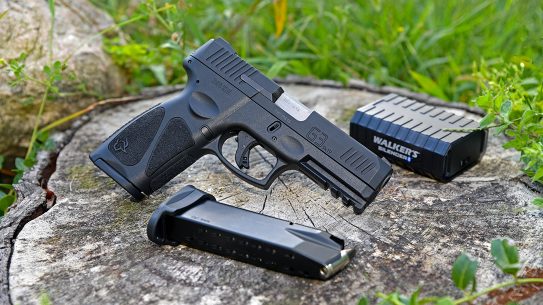 Complete with an upgraded trigger from the previous G2 model, the new Taurus G3...