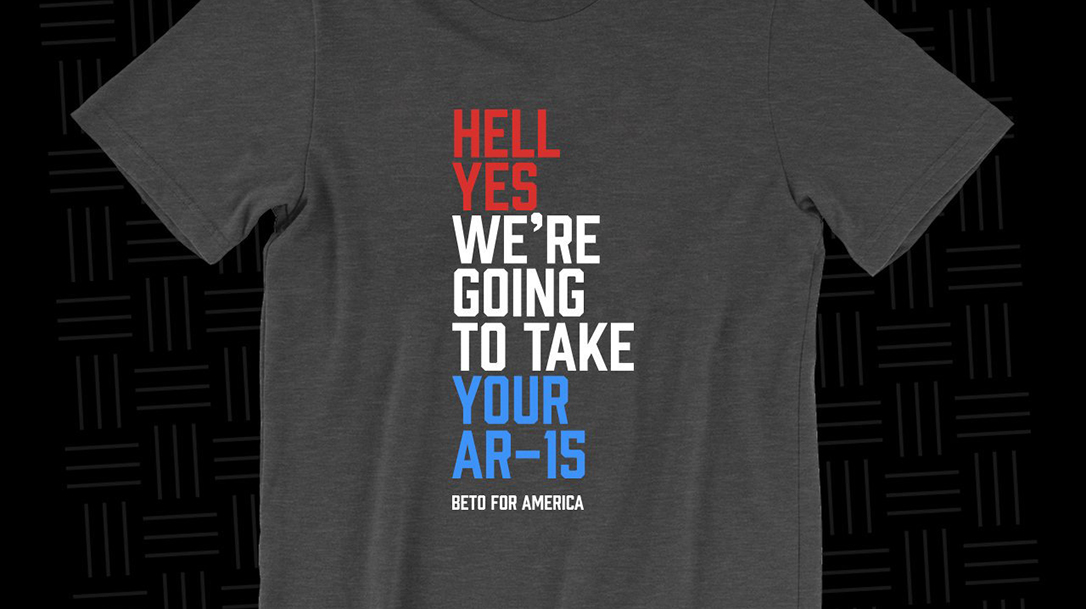 “No, we’re not moving on anything. We’re going very slowly in one way, because we want to make sure it’s right. We want to — we’re doing a very careful job,” Trump said, according to cbsnews.com.

Many expected the president to announce a proposal to curb gun violence this week, according to cbsnews.com. The president consulted with Republicans and Democrats alike recently, even meeting with staunch gun control supporters Chuck Schumer and Nancy Pelosi.

Many also blame Beto O’Rourke’s recent explosive comments regarding gun confiscation as problematic. Meanwhile, both sides look to find common ground. As such, the White House pulled back on universal background checks recently, according to cbsnews.com, something the president reportedly previously worked on with Senators Joe Manchin, Pat Toomey and Chris Murphy. That language allegedly borrows from a Manchin and Toomey proposal from 2013.

“Part of the problem that we have is because of Beto O’Rourke’s statement about taking away guns,” Trump said, according to cbsnews.com. “A lot of Republicans and some Democrats now are afraid to do anything, to go down that slippery slope. A lot of people think this is just a way of taking away guns and that’s not good, because we’re not going to allow that.”

Though the president made comments offering support for background checks following recent mass shooting, he maintained his strong belief in the 2nd Amendment, even while admitting he would go against the NRA on future gun control policy, according to cbsnews.com.

“I am, if it’s not going to hurt a good, solid, great American citizen from keeping his weapon because they want that and they are entitled to that,” Trump said, according to cbsnews.com. “We have a Second Amendment. I don’t want to have crazy people have guns. I don’t want to have bad people have guns, but we’re going to do nothing to hurt the Second Amendment, and what we want to do is see if we can come up with a compromise, and that’s what we’re working on.”

How exactly the White House plans to back the 2nd Amendment keep guns away from “crazy people” or “bad people” remains to be seen.