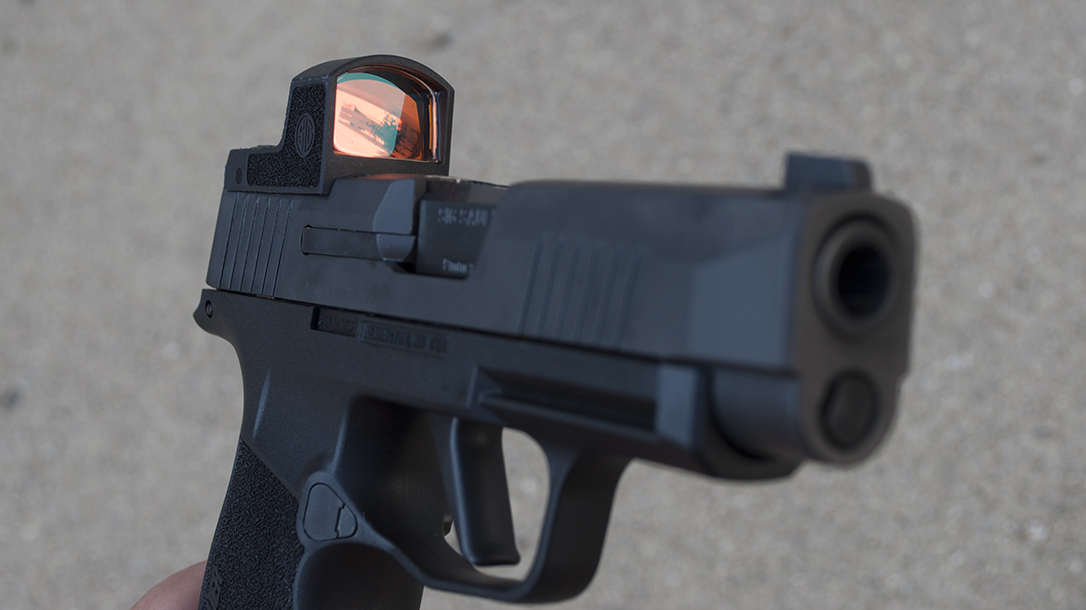 The drill sets up easy and excels in its simplicity. Take two static, steel targets, and place them a few yards apart. The drill comprises successfully engaging each target with a pistol, making three good hits on each piece of steel. The main rule here is you’re only allowed one shot per position. So if you miss, you’re required to move to the other position to pick up that miss. At first glance, you’re running and gunning, and short burst movement drill provides an opportunity to push yourself out of your comfort zone.

“So this drill here just doesn’t work on the recoil management, just doesn’t work on the short burst movement, it’s a little bit of everything,” Michel said. “So when you get into these positions, you need to make sure that you’re getting the sights on target as you’re getting into that position; you’re not bringing the gun up late, the gun’s got to be there before you are.”

One caveat to the drill: body position. When running hard, shooters have a tendency to crouch during movement, then raise up once gaining the next firing position. Notice how Michel, once he gets going, maintains a constant relative height. He doesn’t raise and dip. Instead, he floats from position to position, which makes him quicker to the next shot and more accurate, as he minimizes target bounce in his sights.

“And when you get into position, you don’t want to lift that body up, because again, if you’re moving then the target is essentially moving, making it difficult to hit. So continue to work on these short burst movements, it’s one of the greatest movements that you can utilize on any course of fire. And give it a try the next time you’re on the range. 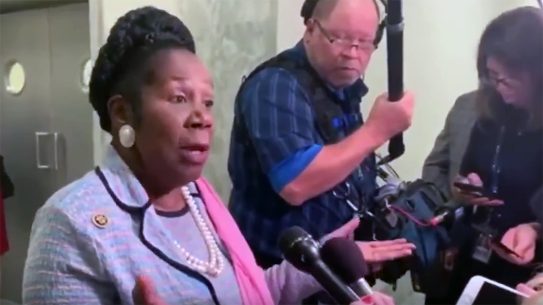 Congresswoman Lee describes AR-15s 'as heavy as 10 boxes that you might be moving'...