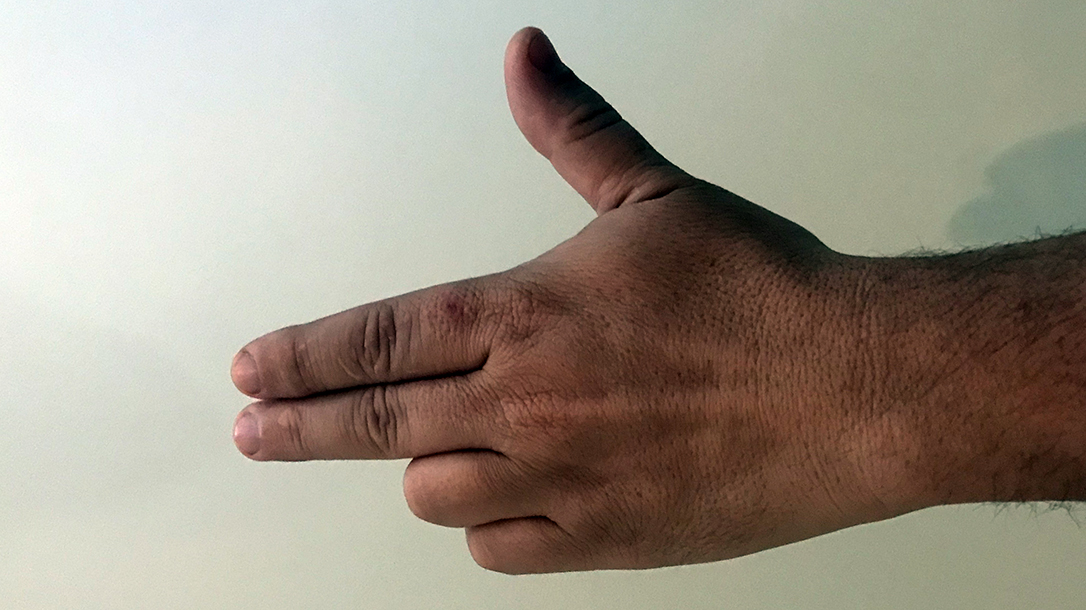 Overland Park Police hauled a 12-year-old girl out of school in handcuffs recently in Kansas. Her crime? Making a gun and pointing it with her fingers. She then allegedly pointed the finger gun on herself. 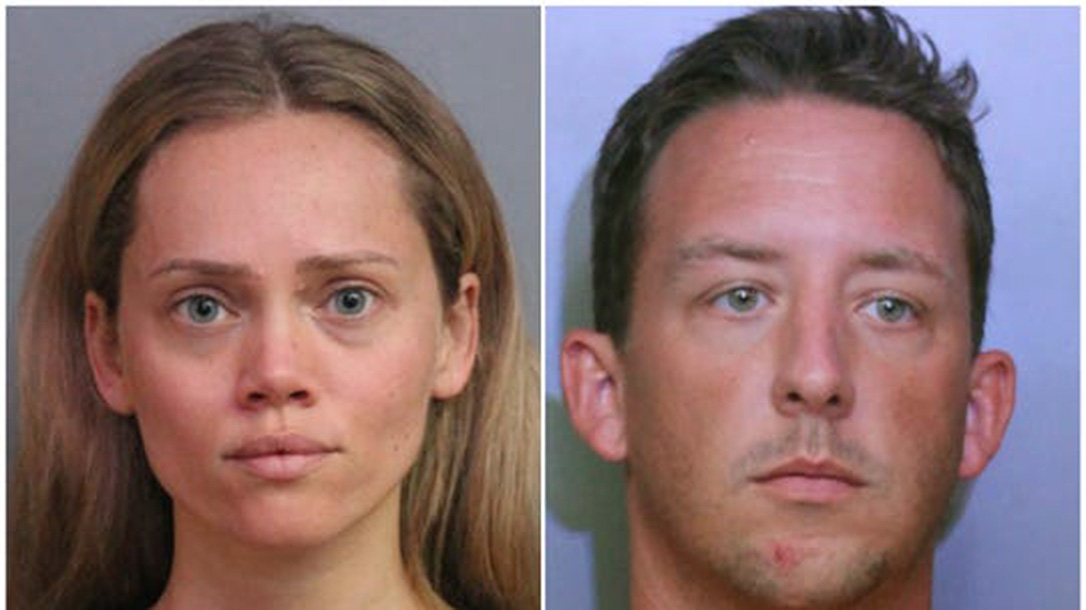 Florida Woman Turns in Husband’s Guns, Gets Arrested for Burglary

A school official told kansascity.com that the district didn’t arrest the child, the police did. Instead, that arrest would have been initiated by a school resource officer, employed by Overland Park Police Department, according to spokesman David Smith, reported kansascity.com.

“We don’t do that,” Smith said, according to kansascity.com. “That is not our job,” also saying the roll of district police is “not to enforce the law but to keep kids and adults safe.”

While the school wouldn’t discuss the child or the incident, kansascity.com discovered more in Johnson County District Court documents. They said the girl “unlawfully and feloniously communicated a threat to commit violence, with the intent to place another, in fear, or with the intent to cause the evacuation, lock down or disruption in regular, ongoing activities …” or created just the risk of causing such fear, reported kansascity.com.

While the school or authorities couldn’t provide more information, kansascity.com found more information through a person familiar with the events. That person “said that during a class discussion, another student asked the girl, if she could kill five people in class, who would they be? In response, the girl allegedly pointed her finger pistol – like the ones many children use playing cops and robbers.”

School officials then sent the girl to the office, and a school resource officer recommended her arrest, according to kansascity.com. Now the girl lives with her grandfather in California.

“I think that this is something that probably could have been handled in the principal’s office and got completely out of hand,” said Jon Cavanaugh, the girl’s grandfather, according to kansascity.com. He said his granddaughter has no access to a gun or any intent to shoot anyone. “She was just mouthing off.”

While some will claim officials employed sound judgement, others will likely find the arrest an overreaction. However, this proves yet another example, where even the hint of a gun, becomes more unacceptable in everyday life. 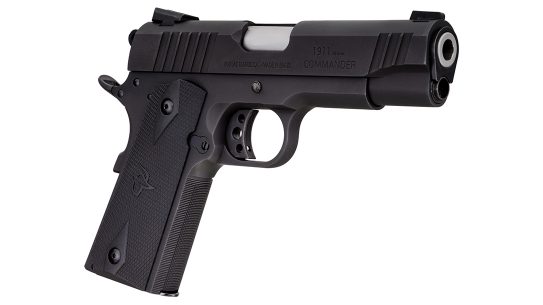 Built on same frame size as specifications as the company's .45 ACP model, the...