Manual Safety or Not? Breaking It Down With the SCCY CPX-3, CPX-4

By consumer demand, manually operated safeties are once again appearing on modern double-action autoloading pistols. At the 2019 Athlon Outdoors Rendezvous, I had a chance to see firsthand what SCCY Firearms is doing in the manual safety department. 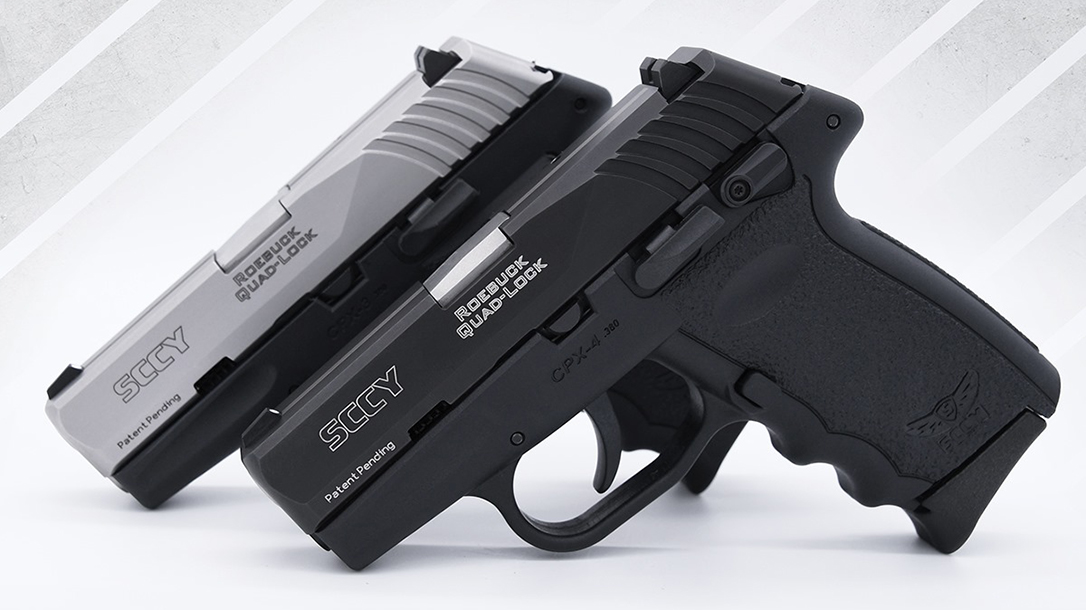 SCCY is a relatively new company focused on affordable, entry level, self-defense pistols designed and built like guns that you would expect to cost twice as much. It keeps costs down through vertical integration. Overall, SCCY’s engineering, ergonomics and accuracy is impressive. They make only two models, a sub-compact 9mm and .380 ACP. Both models come with or without a manual safety.

The company’s 10-shot magazine, .380 ACP pistols are hammer-fired, use a patent-pending, four-point lock-up between the barrel and stainless steel slide to maximize accuracy, and have a fairly long, but smooth, 8-pound, DAO trigger. Adjustable three-dot sights and polymer finger groove grip frames in more than a dozen colors including camo. SCCY’s newly released CPX-4 is the .380 ACP CPX-3 with an ambidextrous thumb safety added. Thank you, SCCY! The safety adds virtually no additional weight and makes the overall width of the pistol perhaps an eighth of an inch greater than the CPX-3.

You might wonder why old-fashioned manual safeties are getting all this attention of late. It boils down to this. Of all the people carrying guns for self-defense, there will always be some more worried about them going off in their pocket or purse than they are of getting the drop on a mugger. In my opinion, that’s a pretty healthy attitude that will go a long way toward reducing accidental discharges. I am also of the opinion that a return to manual safeties is long overdue. A manual safety, that is to say one that must be purposely operated, was standard equipment on all auto-loaders back in the day when all auto-loaders were single action and your most safety-practical compromise for a quick first shot was to carry them “cocked-and-locked” with a round in the chamber and the manual safety on.

In 1929 Walther introduced their revolutionary double-action Model PP auto-loading pistol. It became the first carried with a round chambered, ready to fire instantly, just like a double-action revolver. However, Walther retained a manually operated thumb safety lock to further reduce the likelihood of accidental discharge. Gradually, double-action auto-loaders went from novel to normal in the marketplace. Initially they retained their long, deliberate, and heavy revolver like double-action trigger-pulls as a safety measure against accidental discharge. For example, the Beretta 92 had double-action pull around 13 pounds. Over time, the manual safeties proved unnecessary and began to disappear.

The first autoloader I saw without a manual safety lever was the Heckler & Koch P-7 in 1980, but that gun substituted a unique squeeze-cocking feature served the same purpose intuitively. The real shock came when I shot my first Glock in the mid-1980s. Though advertised as Glock “Safe Action” pistols, l thought to myself “this pistol has no safety at all!” In the traditional sense, it didn’t. Combine that omission with a light trigger pull around six pounds. It creates potential for accidental discharges from the cinch cords of jackets caught in the triggerguard during re-holstering. 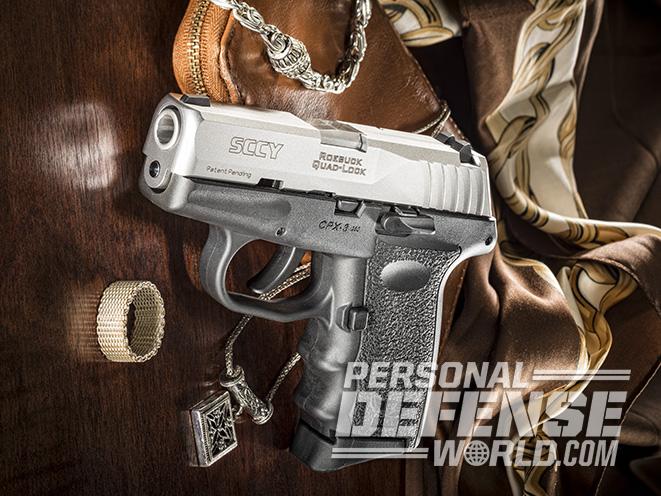 The Case for the Manual Safety with SCCY

If the trigger pulls stayed long and heavy on modern double-action auto-loaders (previously, revolvers exhibited long, heavy pulls to make it harder for a toddler or small child to pull the trigger), they would have been less susceptible to accidental discharge. But consumer demand called for lighter, shorter trigger pulls, ones easy to shoot well. That’s where things drifted into more dangerous territory. You don’t need to dig too deeply on the web to find plenty of tragedy. Manual safeties might have helped avert some of them.

No shooter should ever rely on mechanical safeties as a substitute for safe and competent gun handling and storage. However, a practical, functional, manual safety judiciously used, just might give you time to intercede to prevent an accidental shooting when untrained, incompetent or unauthorized adults or kids get hold of a firearm.

If your pistol has a manual safety, at least that allows you the option of using it, or not using it, as the circumstances dictate. For even more info, please visit SCCY.com.